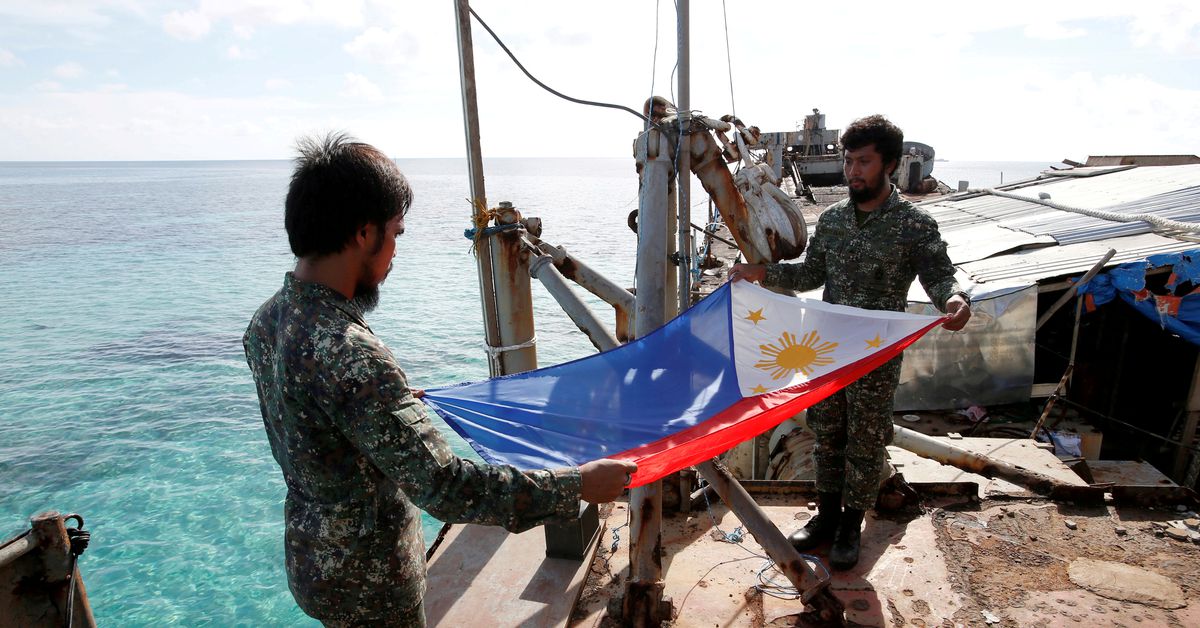 Beijing “should not interfere with lawful Philippine activities in the Philippines’ exclusive economic zone,” he said in a statement.

“The United States stands with our Philippine allies in upholding the rules-based international maritime order and reaffirms that an armed attack on Philippine public vessels in the South China Sea would invoke U.S. mutual defense commitments,” Price said.

U.S. Defense Secretary Lloyd Austin reaffirmed American defense commitments to Manila and pledged to “stand with our Philippine allies” in a call on Friday with his counterpart in the Philippines, Delfin Lorenzana.

“They agreed on the vital importance of peace and stability in the South China Sea and pledged to stay in close contact in the coming days,” the Pentagon said in a statement.

On Thursday, the Philippines condemned “in strongest terms” actions of three Chinese coast guard vessels that it said blocked and used water cannon on resupply boats headed toward a Philippine-occupied atoll in the South China Sea.

The incident came days after U.S. President Joe Biden and Chinese leader Xi Jinping held a 3-1/2-hour virtual meeting this week aimed at ensuring that increasingly intense and acrimonious competition between the superpowers does not veer into conflict.

“The United States strongly believes that PRC actions asserting its expansive and unlawful South China Sea maritime claims undermine peace and security in the region,” Price added in his statement, referring to the People’s Republic of China.

Another State Department spokesperson, who did not want to be identified by name, called the actions of the Chinese coast guard “dangerous, provocative, and unjustified.”

“This is the latest in a series of Beijing-directed actions meant to intimidate and provoke other nations, undermining peace and security in the region as well as the rules-based international order,” the spokesperson said.

Washington has repeatedly condemned China’s assertive pursuit of its extensive territorial claims in the South China Sea, where Brunei, Malaysia, the Philippines, Taiwan and Vietnam have competing claims.

The United States has sailed regular naval patrols in the sea to challenge China’s claims. In February, the State Department said it was concerned by language in a new Chinese law that tied potential use of force, including armed force, by the Chinese coast guard to the enforcement of China’s claims.