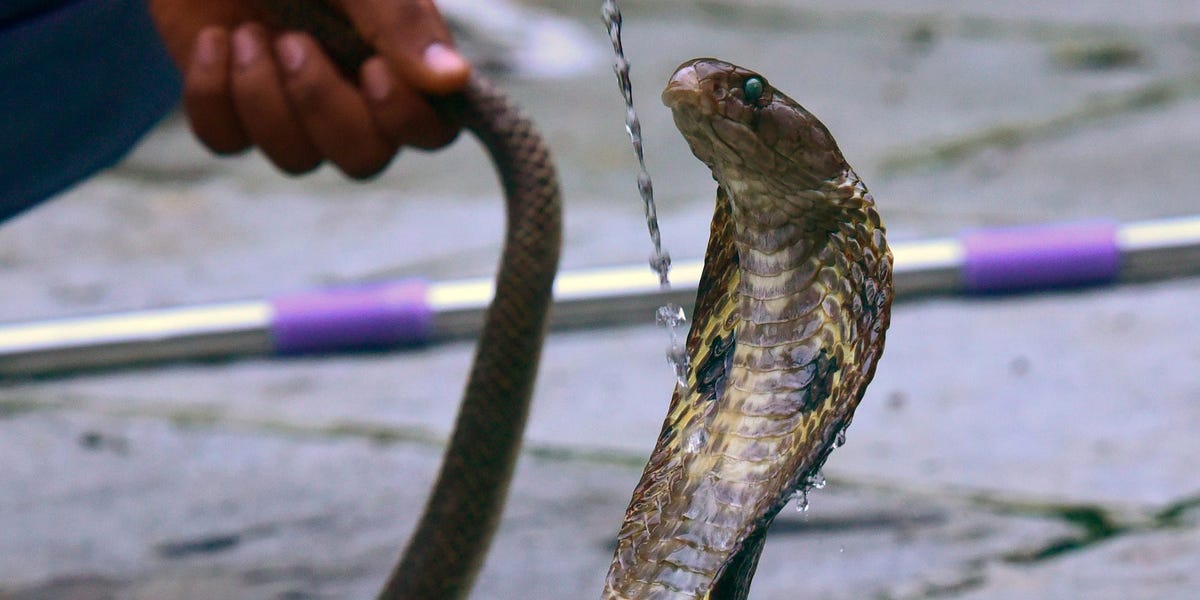 A man in India who used a snake to murder his wife was convicted and given a double life sentence, the BBC reported.

In the spring of 2020, Suraj Kumar, 28, bought a highly venomous Indian spectacled cobra from a snake catcher, took it to his wife’s parents’ home, and forced its fangs into her arm.

His wife, who went only by the name Uthra, was at her parents’ home recovering from another snakebite also caused by Kumar.

CNN reported that in late February 2020, Kumar purchased a viper and left it on the staircase in his home with Uthra. He then called her to come downstairs in hopes the snake would bite her. Instead, she saw the snake and called for help.

A few days later, Kumar mixed sedatives into Uthra’s food and forced the same snake to bite her before throwing it out the window, CNN reported.

Uthra was hospitalized for 52 days before she was released to her parents, the BBC reported.

On May 6, Kumar tried again, taking a cobra to Uthra’s parents’ home, giving her a drink laced with sedatives, and then forcing the fangs of the venomous snake into her left arm.

The next morning Uthra’s mother found her unconscious with “her mouth open, and her left hand dangling on one side,” the BBC reported. She was rushed to the hospital where she was pronounced dead.

In 2018, Kumar and Uthra met through a matchmaking service. Uthra had a learning disability and wanted someone who could take of her. Her family paid Kumar a dowry of 720 grams of gold, a Suzuki sedan, and 500,000 rupees (about $6,700), CNN reported.

A few months after they married, Kumar’s family demanded more from Uthra’s family, CNN reported, though the court ruling said Kumar was tired of dealing with Uthra’s disability and set out to kill her.

The BBC reported that more than 90 people, including herpetologists and doctors, testified in Kumar’s trial. One herpetologist testified it was highly unlikely that the cobra was able to get into Uthra’s room by itself.

“Cobras generally do not bite unless they are highly provoked. And after 8 p.m. they’re generally dormant,” Hari Shankar, who worked as lead investigator on the case for the Kerala Police, told CNN.

Investigators also recreated the crime scene by throwing a cobra onto a mannequin and found that the snake did not bite unless it was provoked, the BBC reported.

“This is a case of diabolical and ghastly uxoricide,” Judge M Manoj said, according to the BBC.

Sorgente articolo:
A man in India used a snake as a weapon to murder his wife – INSIDER