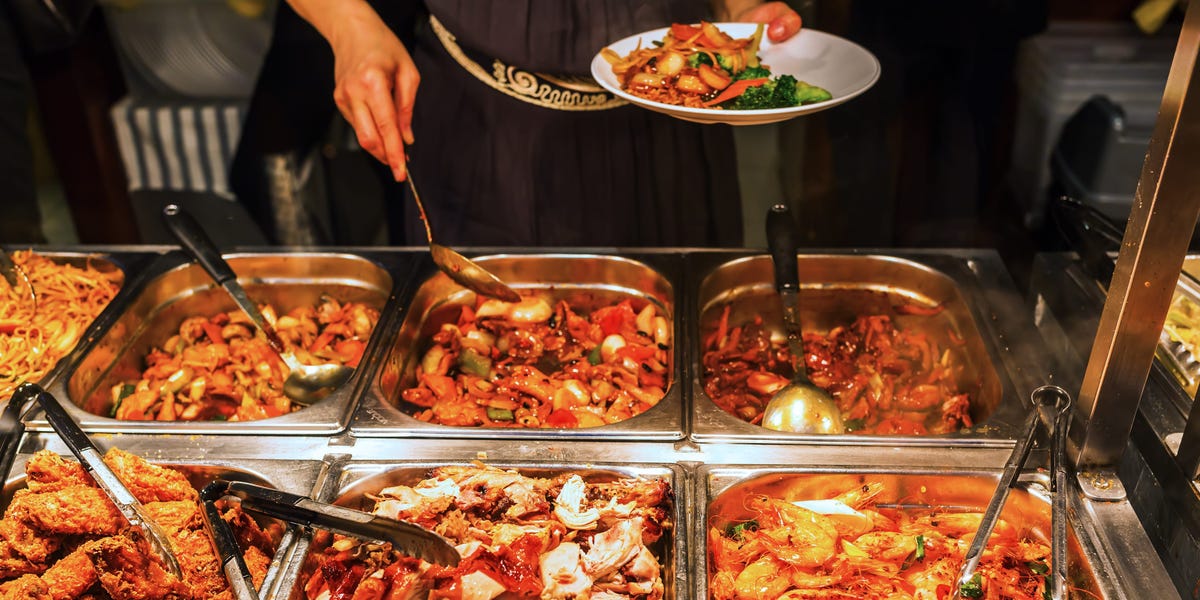 A Chinese food vlogger has been banned from an all-you-can-eat buffet restaurant in Changsha, the capital of China’s Hunan Province, after the owner said he was eating too much food, according to local media.

The man, known only as Mr. Kang, told local television that the Handadi Seafood BBQ Buffet banned him after he live-streamed several food binges, per a BBC News report.

Kang said that he ate more than three pounds of pork trotters during an initial visit, and between seven and nine pounds of shrimp at another sitting, according to the Chinese newspaper People’s Daily.

He has since accused the restaurant of being “discriminatory” against those with large appetites.

“I can eat a lot – is that a fault?” Kang reportedly said, per BBC News.

The restaurant owner told People’s Daily that Kang “eats too much” and said that, every time he visits, the restaurant loses “a few hundred yuan.”

“Even when he drinks soy milk, he can drink 20 or 30 bottles,” the owner said, according to BBC News. “When he eats the pork trotters, he consumes the whole tray of them. And for prawns, usually, people use tongs to pick them up, he uses a tray to take them all.”

The restaurant has banned food live-streamers from the restaurant, the owner told local media.

The Chinese government has launched a crack-down on food live-streamers, specifically those taking part in Mukbangs. It is considering implementing a ban on such videos in a campaign against food waste, according to BBC News.

Mukbang, as Insider previously reported, is an extreme-eating trend in which creators film themselves interacting with an audience while consuming as many as 10,000 calories in one sitting.