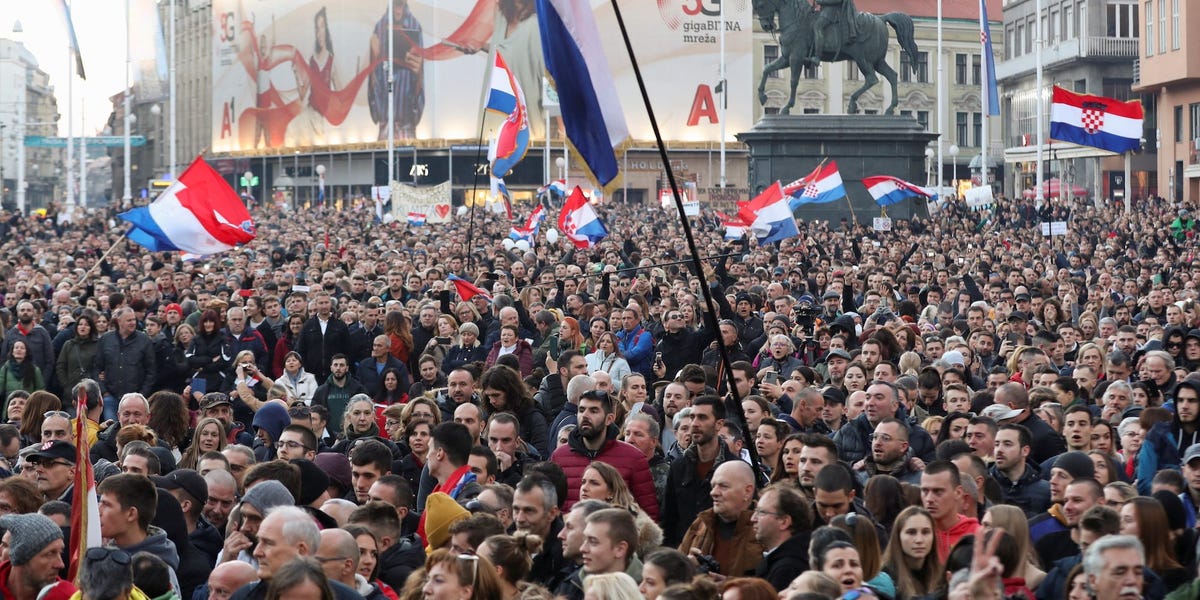 New coronavirus protests are taking place across Europe in response to winter restrictions.

Major cities across Europe have seen demonstrations against new rules and requirements to prove vaccinations, with some leading to violence and arrests or turning into riots.

Coronavirus protests are not new in Europe. People demonstrated against lockdowns and restrictions in 2020, and protests have continued into this year, as many European countries require proof of vaccination to access certain places.

But protesters are now taking aim at the new restrictions coming in at the onset of winter, as many governments say steps are needed to mitigate a winter surge and strained health systems.

Hundreds of people rioted in Rotterdam, the Netherlands, on Friday, Reuters reported, with three people hospitalized after police fired bullets.

Fifty-one people were arrested, Reuters reported, citing local authorities. They were demonstrating against government proposals that would mean people have to show proof they’ve been vaccinated, have recently recovered from COVID-19, or have a negative test, Reuters reported.

Fresh violence erupted in another Dutch city, The Hague, on Saturday, as protesters hurled fireworks at and set bicycles on fire and baton-wielding police used horses and dogs to control the unrest, the BBC reported. At least seven people were also arrested.

In Vienna, Austria, tens of thousands of people protested against new restrictions and government plans to make vaccines mandatory in February next year, according to Reuters. The government said the steps were necessary as the country doesn’t have a high enough vaccination rate.

Thousands of people protested in Zagreb, Croatia, against plans to make vaccines mandatory for public sector employees, according to the BBC.

In Italy, thousands of people gathered in Milan and thousands more gathered in Rome, Il Messaggero reported. They were protesting the country’s “green pass” — a certificate that proves someone has been vaccinated, tested negative, or recovered from COVID-19.