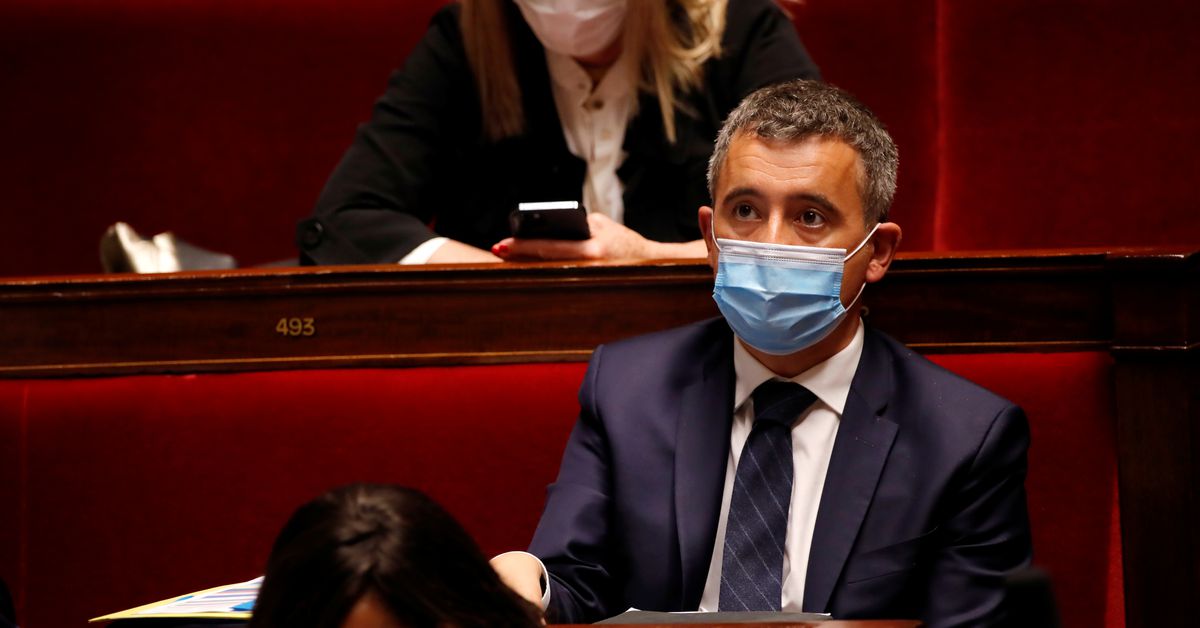 French Interior Minister Gerald Darmanin, wearing a protective face mask, attends the questions to the government session before a final vote on controversial climate change bill at the National Assembly in Paris, France, May 4, 2021. REUTERS/Sarah Meyssonnier

“The first message is that the state will stand firm,” Darmanin told reporters after holding a crisis meeting on the situation in the Caribbean archipelago with Overseas Territory Minister Sebastien Lecornu.

Darmanin said France would send about 50 members of the GIGN and RAID elite tactical forces of the gendarmerie and police to the territory, where stores have been looted, shots fired at police, and 31 people were arrested overnight.

The extra forces will increase the number of police and gendarmes available in Guadeloupe to 2,250, Darmanin said.

Guadeloupe’s prefect, Alexandre Rochatte, who represents the French government on the archipelago, on Friday had imposed a curfew from 6 p.m. to 5 a.m following five days of civil unrest during which barricades burned in the streets and firefighters and doctors walked out on strike. read more

In a bulletin on Twitter referring to vandalism, Rochatte later said that damage to electrical works near dams, especially by one in Capesterre-Belle-Eau, was causing outages to many customers, and warned it represented an electrocution risk.

Trade unions launched an indefinite strike on Monday to protest the compulsory vaccination of health workers against COVID-19 and health pass requirements.