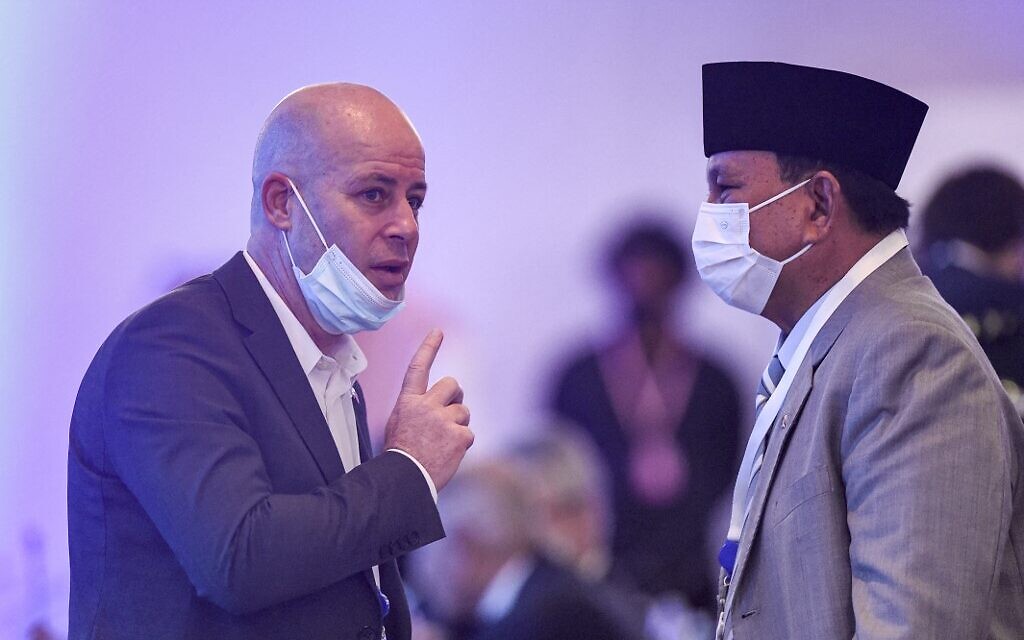 Israel’s chargé d’affaires in Bahrain spoke with Indonesia’s defense minister in a rare public interaction on Saturday between officials from countries that do not have formal diplomatic ties.

The encounter between Itay Tagner and Prabowo Subianto took place on the sidelines of Bahrain’s annual Manama Dialogue conference.

No details were immediately available regarding the content of the discussion.

US officials told The Times of Israel earlier this year that the Trump administration had Indonesia and Mauritania lined up to be the next Muslim countries to normalize relations with Israel, but ran out of time.

Indonesia’s president tried to tamp down speculation at the time, telling Palestinian Authority President Mahmoud Abbas that his country would not normalize ties with Israel until a Palestinian state had been established.

The three-day-long Manama security conference convenes each year to  discuss the pressing security challenges of the Middle East, with over 300 participating senior government officials from 40 countries.

Jacob Magid contributed to this report.