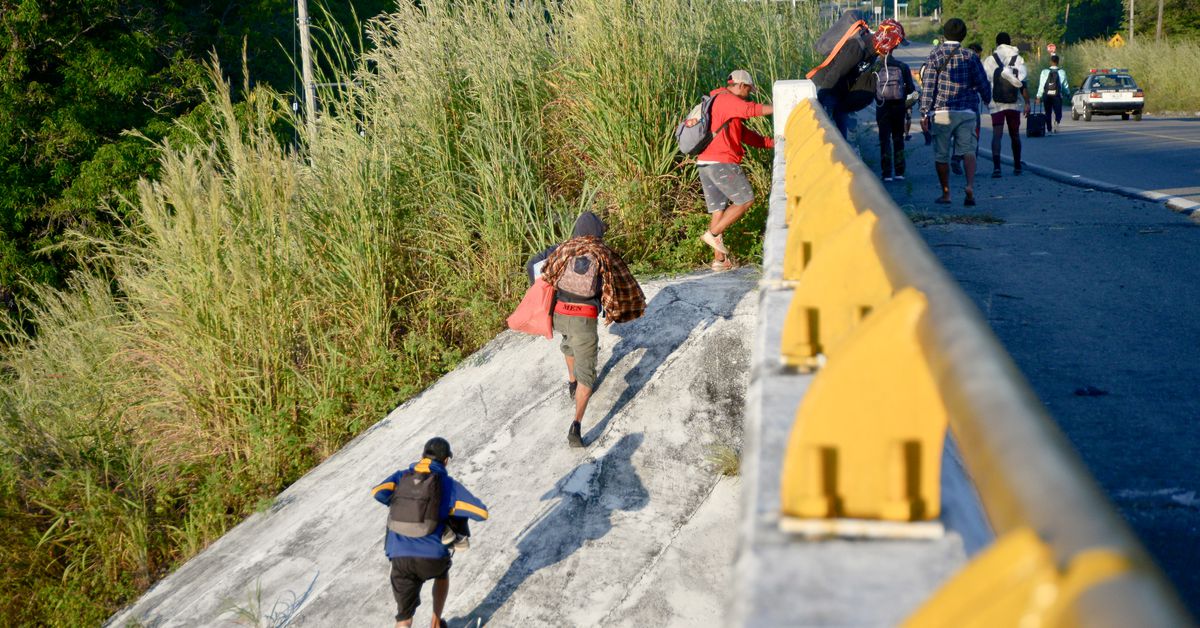 Migrants walk up an overpass in a caravan heading to the northern border, in Tapanatepec, Mexico November 9, 2021. REUTERS/Jacob Garcia

MEXICO CITY, Nov 20 (Reuters) – Migrants from 12 countries were among 600 people found hidden in the back of two trucks in eastern Mexico on Friday, most of them from neighboring Guatemala, the government’s National Migration Institute (INM) said on Saturday.

The INM said 401 of the people were from Guatemala, 53 from Honduras, 40 from the Dominican Republic, 37 from Bangladesh, 27 from Nicaragua, 18 from El Salvador and eight from Cuba.

There were also six men from Ghana, four people from Venezuela, four men from Ecuador, a man from India and a man from Cameroon in the two trailers discovered in Veracruz state.

The institute said 455 of the migrants were male, and 145 female. The people detained would either be sent home or given the chance to have their stay in Mexico regularized, it added.

Most migrants from Central America and the rest of the world who enter Mexico head for the United States and say they are seeking to escape poverty or violence in their homelands.

Sorgente articolo:
Migrants from 12 countries among 600 found in two trucks in Mexico – Reuters