Skip to content
A staff member sweeps the grounds of the Vinpearl resort on Phu Quoc. (AFP Photo)

Tour guide Lai Chi Phuc has been counting down the days until travellers return to the white-sand beaches and thick tropical jungle of Phu Quoc, a once-poor Vietnamese fishing island pushing to be Asia’s next holiday hotspot as pandemic restrictions ease.

On Saturday, 200 South Koreans landed on the island, which lies a few kilometres off Cambodia in the azure waters of the Gulf of Thailand, after a vaccine passport scheme kicked off this month in Vietnam.

Vaccinated tourists do not have to undergo mandatory two-week quarantine, according to the authorities, but they are required to spend their holiday only inside the Vinpearl mega-resort complex and will be tested twice during their trip.

Far from a lazy beach break, their stay promises to be a whirlwind of action and entertainment as they shuffle between a 12,000-room hotel complex, an amusement park, 18-hole golf course, casino, safari park and miniature Venice.

The $2.8-billion leisure resort, part of the “sleepless city” model, opened six months ago as Covid-19 ravaged tourism across the world — and as other Asian countries reliant on the industry, like Thailand, were rethinking their mass tourism frameworks.

For 33-year-old Phuc, who remembers a poverty-stricken childhood where “everyone wanted to escape Phu Quoc”, the island’s growing popularity gave him a way to return home after years of scratching out a living as a salesman in the nearby cities of the Mekong Delta.

“But it’s a pity also,” he told AFP, lamenting the loss of the island’s palm-fringed beaches to resorts.

Ahead of Saturday’s reopening, staff at the Vinpearl resort  swept beaches, arranged cutlery on tables and laid out sunbeds for the new arrivals. Others busied themselves painting delicate flowers on conical hats.

“When we heard visitors were coming back, I was just so excited,” said duty manager Ngo Thi Bich Thuong.

Before the pandemic in 2019, around 5 million people, including half a million foreigners — mostly from China, South Korea, Japan and Russia — holidayed on Phu Quoc.

Vingroup — the enormously powerful conglomerate behind the new complex — is pushing to make the island: “a new international destination on the world tourist map”.

To cater for the tourist boom, 40,000 hotel rooms have been built, planned or are under construction, vice-chairman of the Vietnam Tourism Advisory Board Ken Atkinson told AFP — “that’s more hotel keys than they have in Sydney, Australia”.

The island’s authorities expect to welcome 400,000 domestic and international tourists between now and the end of this year.

Globally popular vacation spots such as Phuket have given Vietnam something to aim for.

Atkinson took a group of senior Vietnamese government officials there in 2005 — but while Phuket’s vibrant international tourist scene took years to build up, “Vietnam has a tendency of wanting to do everything all at once”, he noted.

“Unfortunately I don’t think there was enough attention given to what would be in the long-term benefit of the island,” he added.

Phu Quoc is a Unesco biosphere reserve — surrounding waters are stuffed with coral reefs and its beaches were once nesting spots for Hawksbill and Green turtles.

But no nesting has taken place in recent years, the UN body said in their last assessment in 2018.

The World Wide Fund for Nature (WWF) has warned of “an almost unimaginable flood of plastic” that chokes rivers, canals and sealife.

Around 160 tons of trash — almost enough to fill 16 trucks — is generated every day, according to WWF, which says the island’s waste management is not fit to cope with the tourism explosion.

“More and more tourists are very conscious of the environment. They don’t want to be going to places where beaches are littered or where effluent is going into the sea,” Atkinson warned.

But alongside the trash, and the garish headline attractions — including the world’s longest non-stop three-rope cable car and Vietnam’s first teddy bear museum — there are still pockets of paradise.

Chu Dinh Duc, 26, from mainland Vietnam, first saw Phu Quoc from the back of a motorbike in 2017.

Speeding through dense forests and winding his way to the few remaining sleepy villages where fishermen cast their nets into the ocean as the sun came up, he fell in love.

“My goal here is not to take a lot of their money,” he said. “But I want as many as possible to come.”

“If Phu Quoc remained undeveloped, it would just be a pearl undiscovered.” 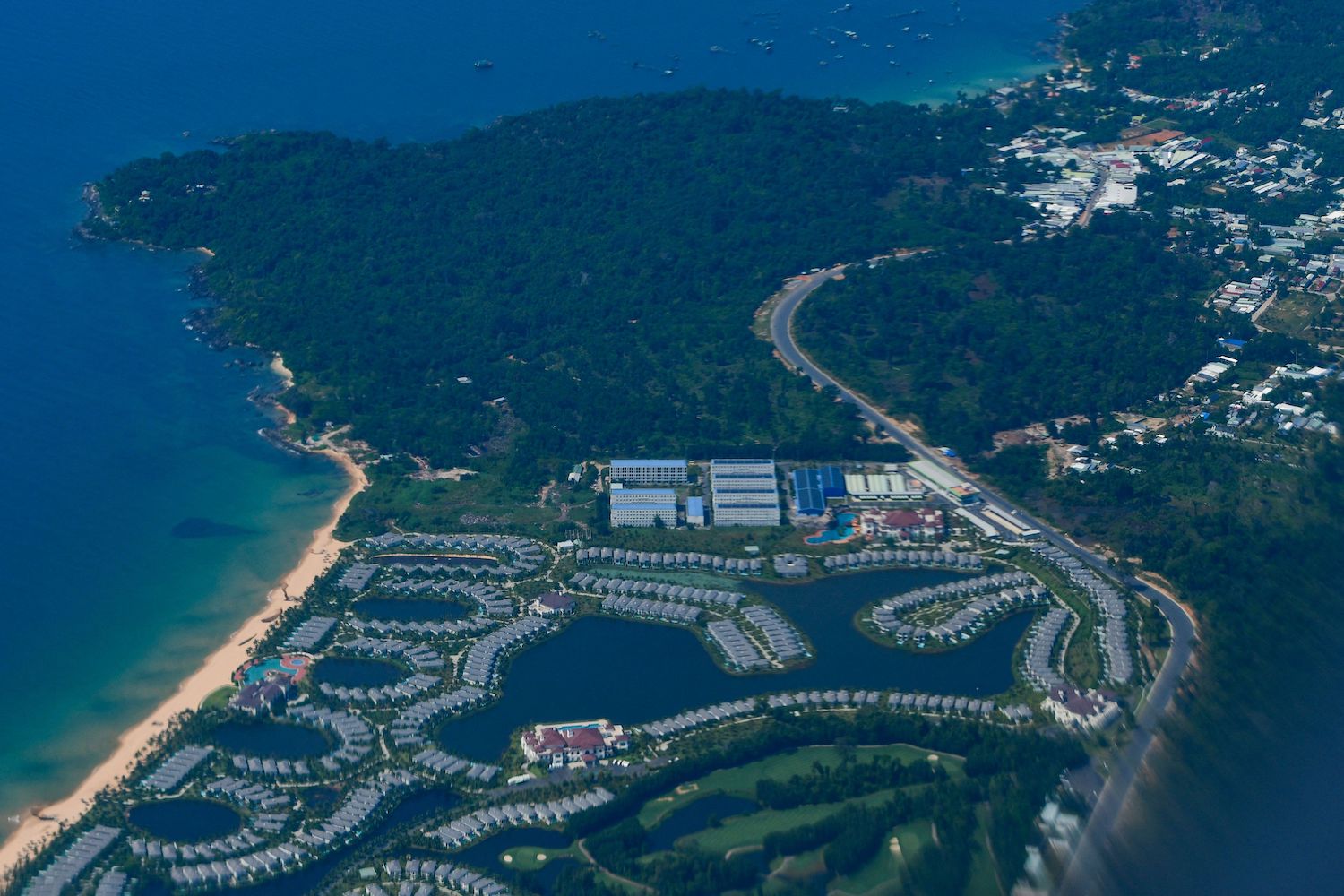 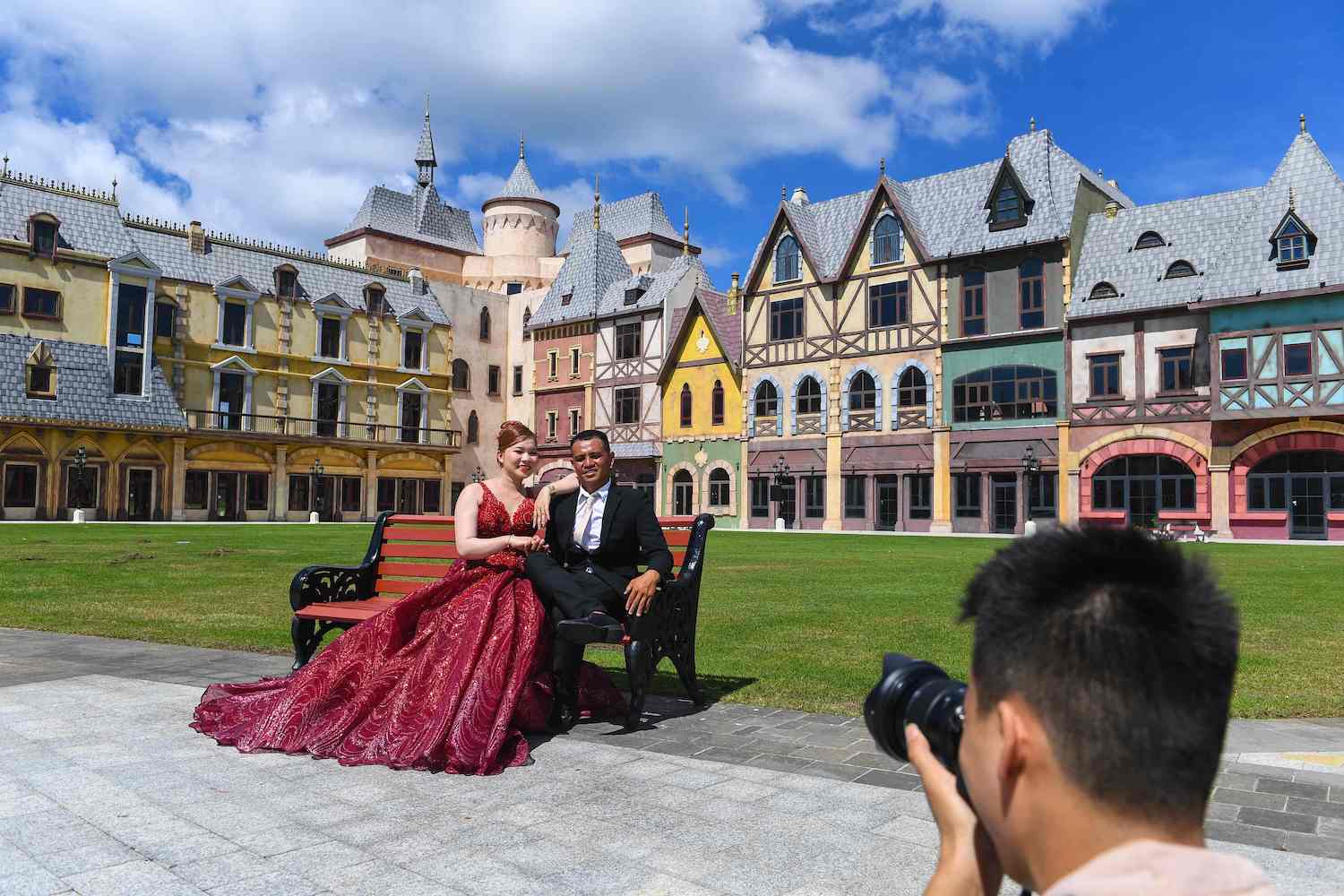 A couple poses for wedding photos at the Vinpearl leisure complex on Phu Quoc. (AFP Photo) 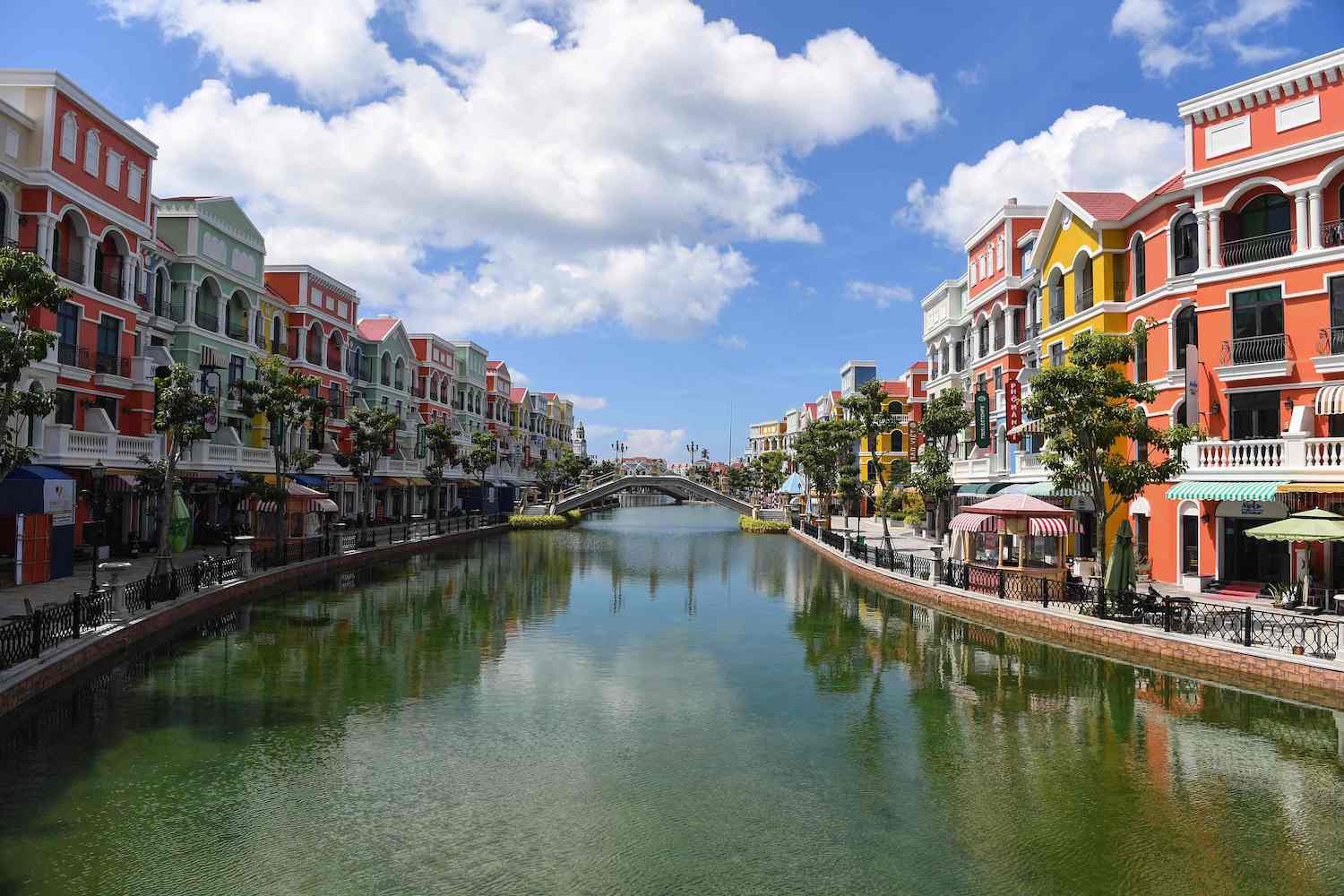