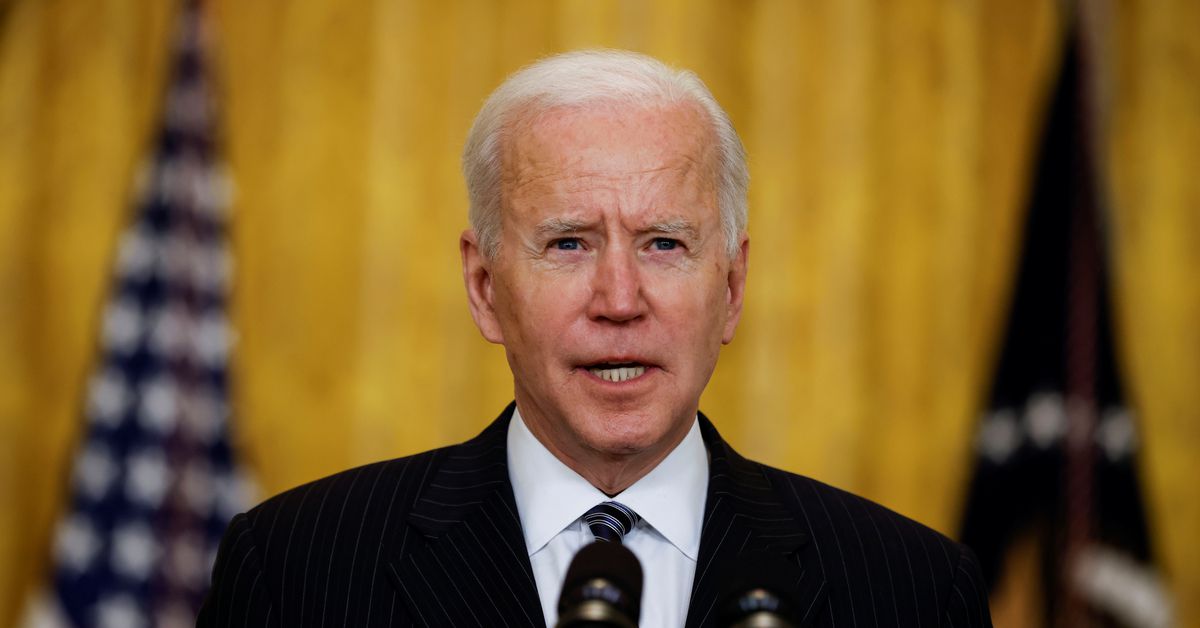 FILE PHOTO:U.S. President Joe Biden speaks about the state of vaccinations during a coronavirus disease (COVID-19) response event in the East Room at the White House in Washington, U.S., March 18, 2021. REUTERS/Carlos Barria

Amnesty International, Human Rights Watch, Oxfam, Public Citizen and 11 other groups told Biden in a letter that an emergency waiver was urgently needed to combat the pandemic, noting that fewer than 7% of people in low-income countries had received a first COVID-19 vaccine and vaccines remained scarce.

More than 5.4 million people have died of COVID-19 around the world since the first cases were identified in China in December 2019.

Biden reversed the previous U.S. position to endorse a waiver in May, a move that caught some allies by surprise, but there has been little progress since then. The European Union, Britain and Switzerland remain opposed, arguing that issuing such waivers would undercut years of investment and research.

The White House last month called on all WTO members to support a temporary waiver and WTO Director-General Ngozi Okonjo-Iweala is pushing for a deal at the WTO ministerial conference in Geneva from Nov. 30 to Dec. 3.

In their letter, a copy of which was viewed by Reuters, the rights groups said they were “very disappointed” that the Biden administration had not done more to secure an agreement on a waiver text since Biden’s strong statement in May.

“U.S. passivity has empowered close U.S. allies – the European Union, on behalf of Germany, plus Switzerland and the United Kingdom – to block progress even as millions die or become seriously ill waiting for effective vaccines and treatments,” the groups wrote.

They urged Biden to step up his personal engagement and lead the world in reaching a meaningful agreement on the long-standing issue. Doing so would help end the pandemic and restore U.S. standing around the world, they said.

The White House had no immediate comment on the letter, which was dated Friday.

Ending the ministerial meeting without a waiver agreement would be entirely unacceptable,” the groups said. They said drugmakers were using their intellectual property rights to segment global markets instead of maximizing the scale of generic production.

They said a separate effort to issue a “declaration on trade and health” led by David Walker, the New Zealand envoy to the WTO, would “further undermine the WTO’s relevance and legitimacy” in the absence of a meaningful property rights waiver.