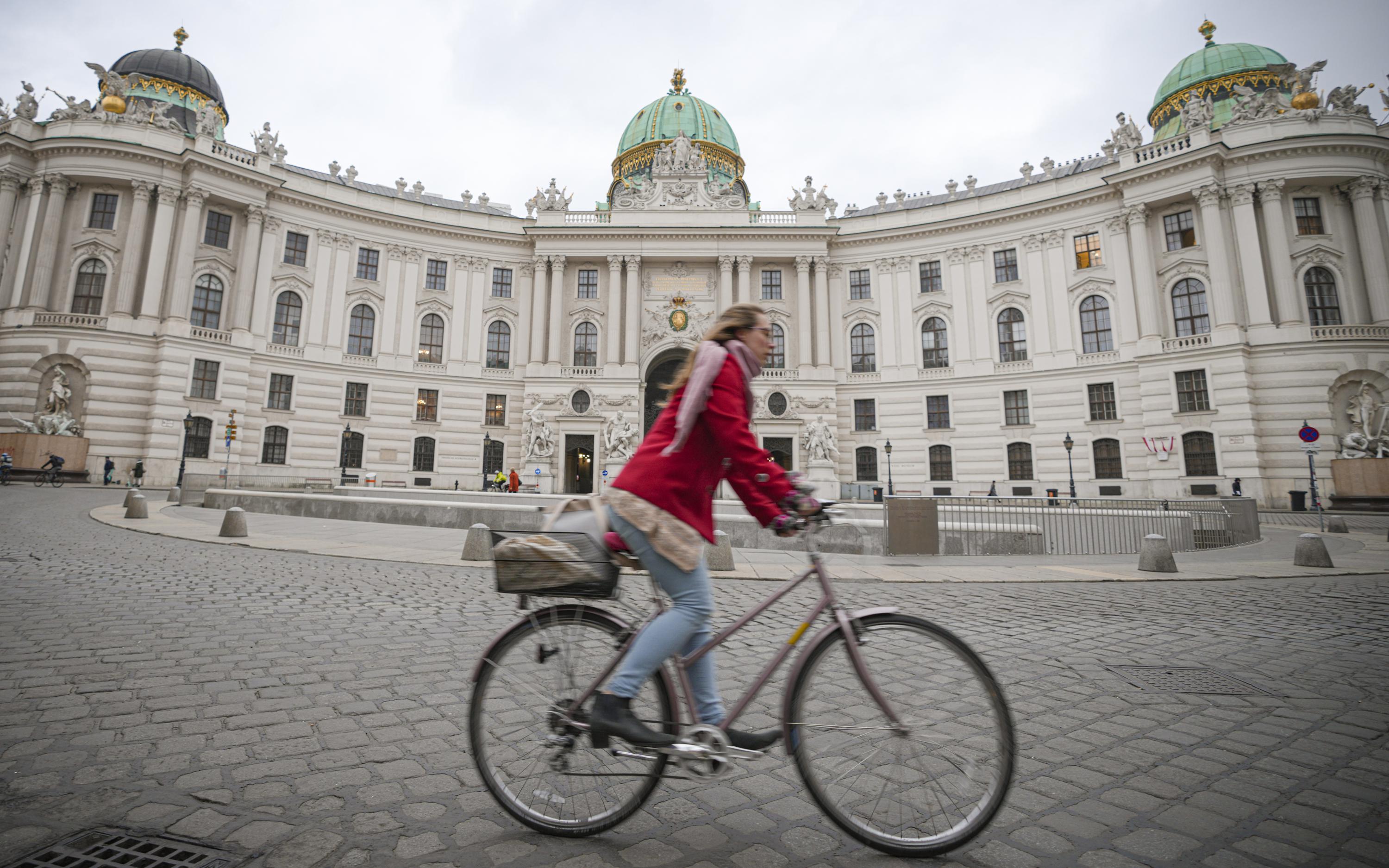 VIENNA (AP) — After indulging in one last night out, Austrians awoke groggily Monday to their fourth national lockdown of this pandemic, cutting short a Christmas season of shared merriment to fight rising coronavirus infections.

In the capital, Vienna, people headed to work, brought children to school or exercised outdoors, more or less normally. This was not the draconian lockdown of the pandemic’s dawn in 2020, when movements were strictly monitored. Police cars circulated Monday, in keeping with government promises to step up controls, but no spot checks were being made.

“I am particularly annoyed by the lockdown,” said Georg Huber, a lawyer on his way to the office. “One should have implemented a mandatory vaccination in the summer, when it turned out it would not be enough to hope that people get there without any coercion. I think the government just overslept.”

Austria has one of the lowest vaccination rates in western Europe, about 66% of its population of 8.9 million people, with a vocal minority who refuse to be inoculated.

The government announced a 10-day nationwide lockdown on Friday as the average daily COVID-19 deaths tripled in recent weeks and hospitals in hard-hit states warned that intensive care units were hitting capacity. It also pledged to be the first European country to mandate vaccines beginning Feb. 1.

Under the lockdown, people can leave their homes only for specific reasons, including buying groceries, going to the doctor or exercising. Day care centers and schools remained open for those who need them, but parents were asked to keep children at home if possible.

The restrictions are likely to be extended, for a total of 20 days, after which the government has indicated plans to open up so many Austrians can celebrate Christmas as normal. Restrictions, however, are expected to remain for the unvaccinated.

At Vienna’s largest vaccine center, the government’s actions were apparently pushing more people to get vaccinated. The daily numbers of vaccinations has grown from 1,000 a day two weeks ago to 12,000 a day this week, with at least 20% coming for their first jab.

“There are some who waited to see how it was going with the vaccinations, which is a deeply human problem,″ said Dr. Susanne Drapalik, the chief physician for Samaritans Federation, which is running the center. Others were getting vaccinated so they can work, such as truck drivers who drive to countries where a health pass is required, or getting jabs ahead of the Feb. 1 mandate.

“Compulsory vaccinations are a hotly debated topic,″ Drapalik said. ”The argument that every citizen has a responsibility to himself and to others did not work.”

Barbara Kier, a singer and voice-over actor, was there for her booster shot, but said her 57-year-old mother was still unpersuaded to get her first.

“I can only give her my opinion. She must decide for herself,″ she said ”She said she won’t go yet, not that she will never go. I don’t know what she is waiting for!”

Health Minister Wolfgang Mueckstein said the lockdown was needed to bring down the number of new daily infections, which have spiked to as many as 15,000 a day, and to reduce the number of virus patients in intensive care. But most of all, he said, it was needed to bring relief “to the people who work in this sector, the nurses and doctors who cannot take it anymore.”

“It is a situation where we have to react now. The only way is with a lockdown, a relatively hard method, to lower the numbers with a wooden hammer,” Mueckstein told national broadcaster ORF.

Political analysts say the Austrian government did not effectively communicate the importance of vaccines early enough, and that many Austrians did not take the vaccination campaign seriously after former Chancellor Sebastian Kurz declared the pandemic “over” last summer. Kurz was forced out in a corruption scandal last month, replaced by his foreign minister, Alexander Schallenberg, who within a week expanded the controversial lockdown on Austria’s unvaccinated people to a lockdown for everyone.

Schallenberg also has pledged to make vaccinations mandatory by Feb. 1, with details still to be hammered out. Experts have speculated that it could be limited to certain age groups or even tied to employment, as Italy has done. In Italy, health passes are required to enter workplaces, and can be obtained with a negative test as well.

On the eve of Austria’s latest lockdown, people flocked to Christmas markets for one last night of public socializing and in-person holiday shopping. The Austrian Trade Association said sales were up 15% on Saturday, compared with the same day in 2019, before the pandemic.

Still, many business owners feared the pre-lockdown boost would not be enough to salvage their holiday season.

Boutiques in Vienna’s main shopping district adjusted to the lockdown by putting up signs advising customers they could order online for pickup. Sales people remained on the job behind locked doors to fill orders.

Sophie Souffle, who sells jewelry at markets all year round, makes most of her money over the six-week Christmas market period. Any promised help from the government will be enough to get by, she said, “but it won’t be enough to invest for future business.”

She looked around Sunday as people strolled among the market stands, window shopping more than buying, and socialized in small groups, sensing more desperation than holiday spirit.

“The mood is pre-apocalyptic,” she said.

Follow all AP stories on the pandemic at https://apnews.com/hub/coronavirus-pandemic.