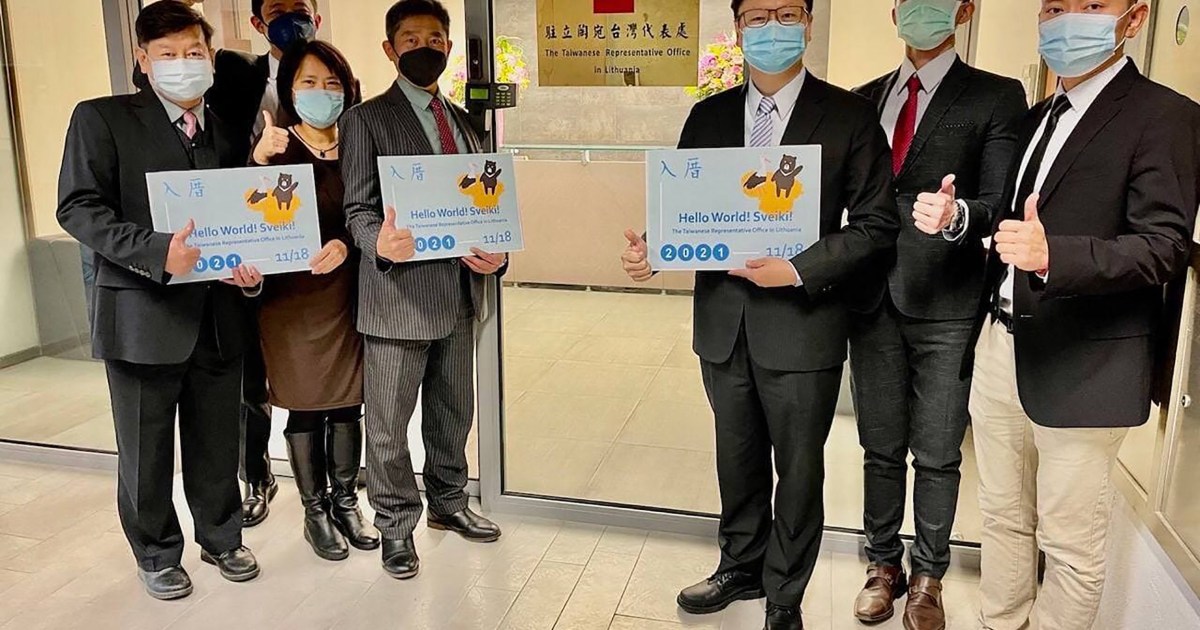 China reduces level of relations with Lithuania to below ambassador level after Taiwan opened a de facto embassy in Vilnius.

China has officially downgraded its diplomatic ties with Lithuania after the Baltic state allowed Taiwan to open a de facto embassy in Vilnius.

China’s foreign ministry said in a statement on Sunday that Lithuania had ignored China’s “solemn stance” and the basic norms of international relations in allowing Taiwan to set up its representative office.

China views self-ruled and democratically governed Taiwan as its own territory with no right to the trappings of a state and had earlier expelled the Lithuanian ambassador in protest against the growing ties between Vilnius and Taipei.

The move “undermined China’s sovereignty and territorial integrity, and grossly interfered in China’s internal affairs”, creating a “bad precedent internationally”, the ministry statement said, adding relations would be downgraded to the level of charge d’affaires, a rung below ambassador.

“We urge the Lithuanian side to correct its mistakes immediately and not to underestimate the Chinese people’s firm determination and staunch resolve to defend national sovereignty and territorial integrity.”

No matter what Taiwan does, it cannot change the fact that it is part of China, the ministry added.

“Lithuania reaffirms its adherence to the ‘One China’ policy, but at the same time has the right to expand cooperation with Taiwan,” the ministry said in a statement.

The Taiwanese Representative Office in Lithuania opened on Thursday.

Other Taiwan offices in Europe and the United States use the name of the city Taipei, avoiding a reference to the island itself, something that has further angered Beijing.

Taiwan has been heartened by growing international support for it, especially from the US and some of its allies, in the face of China’s military and diplomatic pressure.

Washington has offered Vilnius support to withstand Chinese pressure, and Lithuania will sign a $600m export credit agreement with the US Export-Import Bank this week.

Only 15 countries have formal diplomatic ties with Taiwan.

Taipei could lose another ally to Beijing after the Honduran presidential election later this month, where a candidate backed by main opposition parties is leading in opinion polls.

If elected, Xiomara Castro has vowed to establish official relations with China.