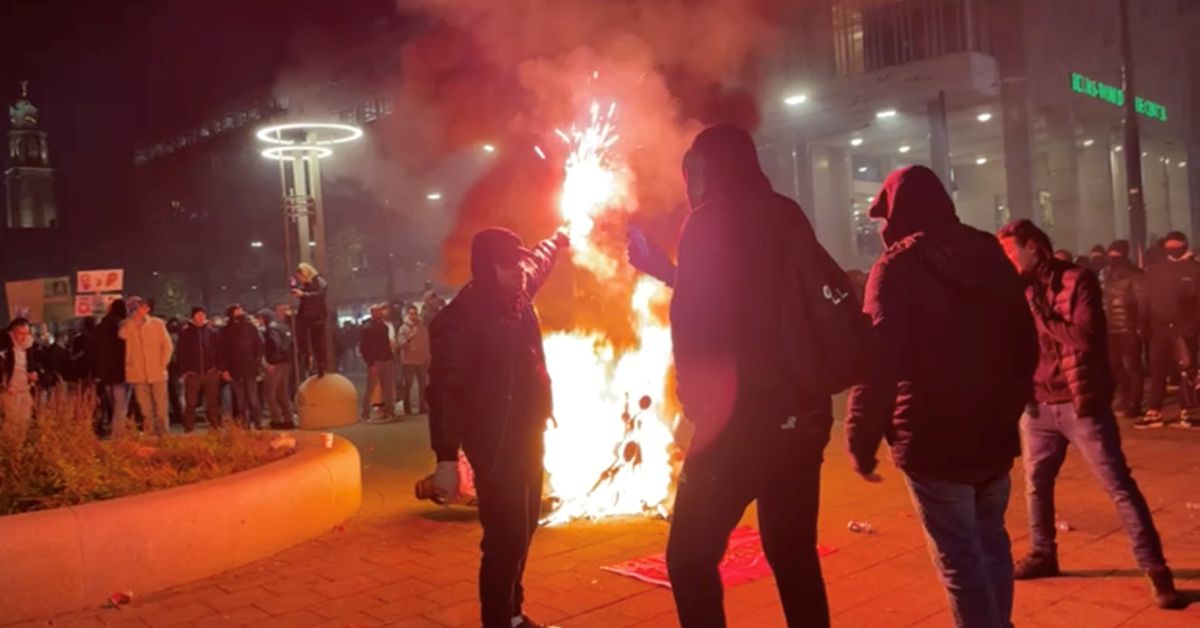 AMSTERDAM, Nov 22 (Reuters) – Dutch Prime Minister Mark Rutte on Monday lashed out at “idiot” rioters who rampaged through cities across the Netherlands this weekend when protests against coronavirus policies turned violent.

More than 100 people were arrested during three nights of violence, which saw police open fire at rioters in Rotterdam on Friday. read more

“This was pure violence disguised as protest,” Rutte said in response to the worst disturbances since a full lockdown led to widespread disorder in January.

“There is a lot of unrest in society because we have been dealing with the misery of corona for so long. But I will never accept idiots using pure violence just because they are unhappy.”

Around 30 people were arrested on Sunday, following dozens of arrests on the previous two days, as mobs of angry youths set fires and threw rocks.

Black-clad groups pelted police vans with stones, and in The Hague a rock was thrown through the windshield of an ambulance trying to take a patient to hospital.

Violence began in Rotterdam on Friday night, as a protest against government plans to ban most people who have not been vaccinated from public places quickly turned violent.

Although some lockdown measures were reimposed in the Netherlands on Nov. 13, infections have surged. read more

This has forced Dutch hospitals to scale back regular treatment, and put pressure on the government to ensure care remains available for all urgent cases.

The Dutch association of healthcare workers, V&VN, have warned that the Netherlands is heading for a worst-case scenario where hospitals will not have enough intensive care beds for every patient that needs one.

Dutch health authorities on Monday reported over 23,000 new coronavirus infections in 24 hours, the second highest number since the start of the pandemic.

Health minister Hugo de Jonge stressed the country is “far removed” from the worst-case scenario. However the government would consider more restrictions if infections and hospitalisations keep rising.