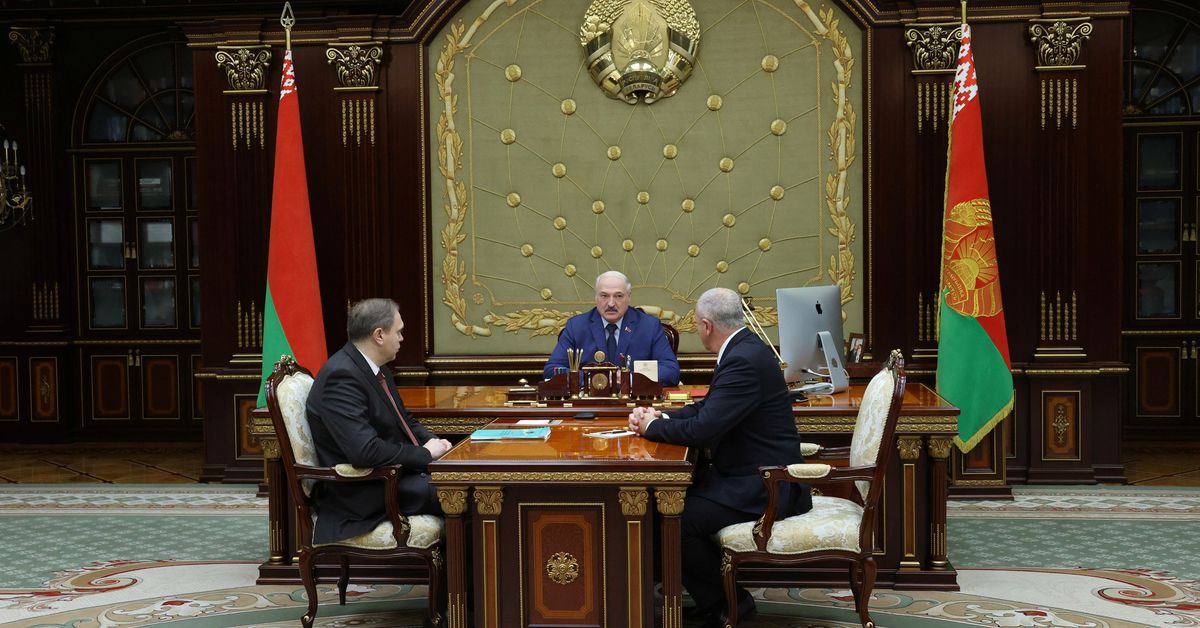 BRUZGI, Belarus/WARSAW, Nov 22 (Reuters) – Europe must not be blackmailed into accepting thousands of migrants stranded on its border with Belarus, Austria said, after Belarusian President Alexander Lukashenko pressed the bloc to let them in after months of growing tension.

Lukashenko, who denies European Union allegations he fomented the crisis, said he did not want a cross-border clash as that could lead to war, while reiterating that the EU should accept some migrants while Belarus repatriates others.

Poland’s border guard said Belarusian forces were still ferrying migrants flown in from the Middle East to the EU frontier, despite clearing camps near the border last week and moving many of the migrants to a warehouse.

Polish Prime Minister Mateusz Morawiecki, whose country, like other EU neighbours of Belarus, has sent armed reinforcements to the border, said on Sunday that the crisis might be a prelude to “something much worse”. On Monday Lukashenko said an escalation could be catastrophic.

“We don’t want confrontation. We don’t need it. Because we understand that if we go too far, war is unavoidable,” Lukashenko was quoted as saying by state-owned Belta news agency. “And that will be a catastrophe. We understand this perfectly well. We don’t want any kind of flare-up.”

Exiled Belarus opposition leader Sviatlana Tsikhanouskaya urged the bloc to get tougher on Minsk, which the EU says flies people in and pushes them to cross via Poland, Lithuania and Latvia in response to sanctions over Lukashenko’s crushing of protests against his disputed re-election last year. read more

The plan proposed by Belarus last week would entail EU countries taking in migrants, while Minsk would send another 5,000 back home, and Lukashenko said Belarus was preparing a second migrant repatriation flight at the end of this month.

Faced with an initial rebuff from the bloc, Lukashenko said on Monday he must insist Germany – the preferred destination of many migrants – take in a number of them.

Germany, and others, quickly rejected his renewed call.

“The idea of having a humanitarian corridor to Germany for 2,000 migrants is not a solution that is acceptable to Germany or the EU,” a government spokesman said on Monday, which Austrian Chancellor Alexander Schallenberg echoed in a joint news conference with Tikhanouskaya.

“The EU must not give in to blackmail from Lukashenko. We have to respond united and very clearly to this state-sponsored hybrid attack on the European Union,” Schallenberg said.

Belarusian President Alexander Lukashenko attends a meeting with his aide and inspector for the Grodno Region Yuri Karayev and Governor of the Grodno Region Vladimir Karanik in Minsk, Belarus November 22, 2021. Nikolai Petrov/BelTA/Handout via REUTERS

Lithuanian President Gitanas Nauseda, speaking to reporters after meeting with Lithuanian troops deployed at the border with Belarus, said he was reassured that Germany was not trying to agree any separate deals with Minsk.

“I think the time has come for bilateral contacts to be dropped in favour of multipolar contact, to avoid any suspicions that something happens behind someone’s back,” he said.

Belarus opposition leader Tsikhanouskaya said she could understand that German Chancellor Angela Merkel was trying to help the migrants when she talked with Lukashenko – who had long been shunned by EU leaders – on the phone last week. But she said it still looked “very strange” to break his isolation.

“Lukashenko’s regime only understands the language of power, they don’t understand diplomatic language,” Tsikhanouskaya said, telling the EU the sanctions it had slapped on Minsk were not effective because there are too many loopholes.

Poland has threatened to sever a train link with Belarus if the situation does not improve, and Lukashenko was quoted as saying that threat could backfire, with rail traffic diverted to run through a conflict zone in eastern Ukraine instead.

Poland’s government spokesman said no decision had been taken on the closure, though that option was on the table.

Polish Deputy Foreign Minister Marcin Przydacz said what happened next was up to Lukashenko. “The EU…can find a way to trade with eastern European and Asian partners without Belarus,” he told Reuters.

The Polish Economic Institute (PIE) said any closure of the border to train freight would be more costly for Belarus as exports account for up to 70% of its gross domestic product.

Humanitarian agencies say as many as 13 migrants have died at the border, where many have suffered in a cold, damp forest with little food or water as a frigid winter sets in.

A group of around 150 migrants tried to break through the border fence near the Polish village of Dubicze Cerkiewne on Sunday, the Polish border guard said.