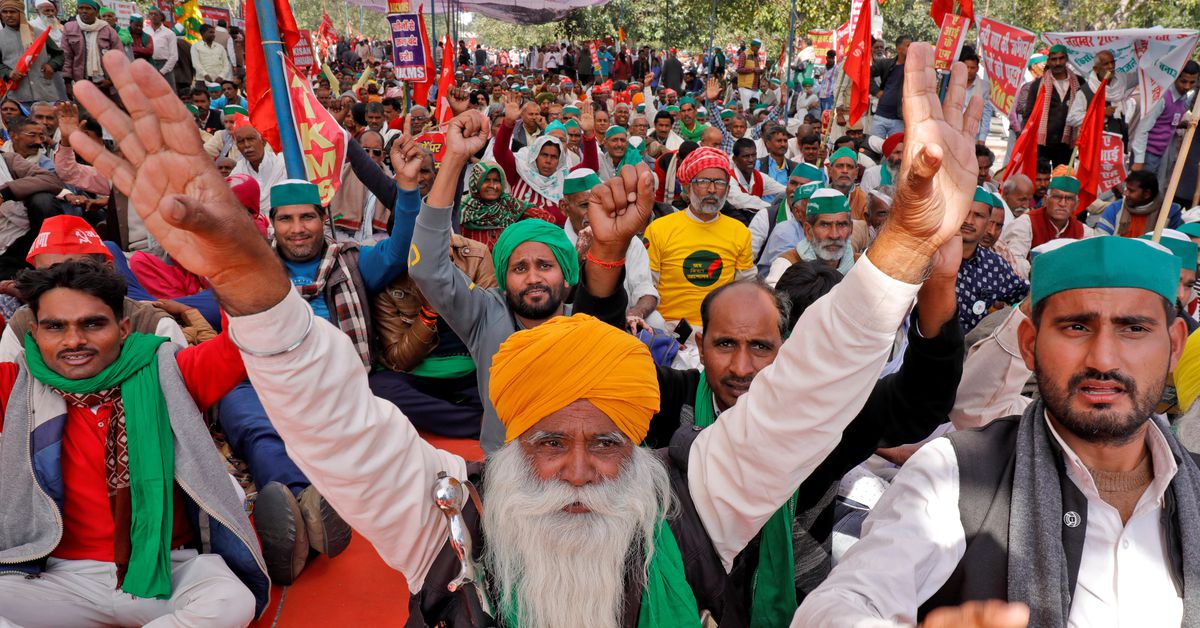 LUCKNOW, India, Nov 22 (Reuters) – Flushed with victory after Prime Minister Narendra Modi caved into demands for agricultural reform laws to be repealed, Indian farmers held a mass rally on Monday to demand minimum support prices be extended to all produce, not just rice and wheat.

The protest movement launched by farmers more than a year ago became the most serious political challenge to the government, and resulted in Modi making a surprise commitment on Friday to roll back the reforms. read more

Thousands gathered for the latest rally in Lucknow, the capital of Uttar Pradesh, India’s most populous state, where Modi’s Bharatiya Janata Party will seek to hold onto power in state elections due early next year. They turned their attention to minimum support prices (MSP), which were a side issue in the agricultural reform laws.

“Our battle is only half won,” Joginder Singh Ugrahan, a prominent farmers’ leader, said in an address to about 5,000 farmers waving flags of various farmer and labour organisations.

Farmers shout slogans during a mass rally to demand minimum support prices be extended to all produce, in Lucknow, India, November 22, 2021. REUTERS/Pawan Kumar

“Ensuring that the government makes a law MSP is a big issue for all of us,” he said. “Our protests will end once the government passes the law on MSP.”

Currently, the government mainly buys rice and wheat at minimum support prices or guaranteed prices, but the safety net benefits barely 6% of India’s millions of farmers.

In a letter addressed to Modi on Sunday, the main farmers’ body said: “Minimum Support Price, based on the comprehensive cost of production, should be made a legal entitlement of all farmers (and) for all agricultural produce . . .”

Farmers also asked in the letter for the federal government to withdraw a draft electricity bill, which they fear would lead to state governments withdrawing their right to free or subsidised power, used mainly for irrigation.

Farmers have also asked the government to drop fines and other penalties for burning their fields after harvesting to remove stalk and chaff. The smoke has become a major source of air pollution in Delhi and satellite towns bordering the crop growing northern states.