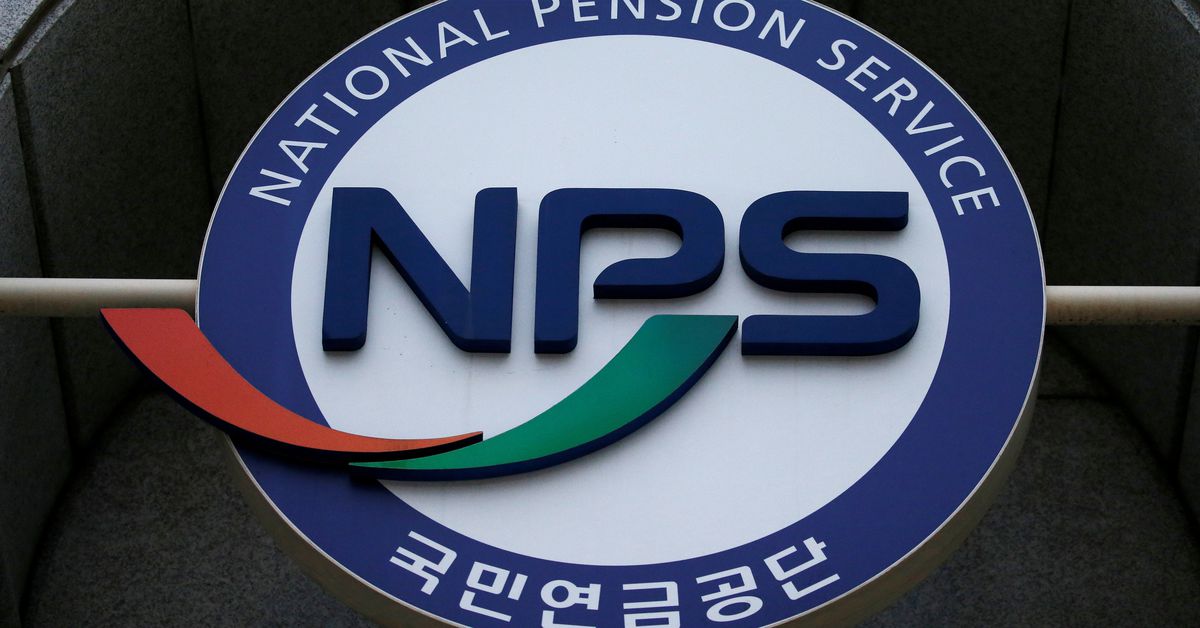 The logo of National Pension Service (NPS) is seen at its branch office in Seoul, South Korea, November 4, 2016. REUTERS/Kim Hong-Ji

SEOUL, Nov 22 (Reuters) – Earlier this year, Lee left her fund management job at South Korea’s national pension fund, the world’s third-largest, fed up with long commutes between her home in Seoul and her office in Jeonju, 200 kilometers away.

For four years, Lee lived in a studio apartment in Jeonju, a city of 658,000, on weekdays, and traveled back to Seoul for the weekend. She feared her family would break up if she didn’t make the hard decision to quit.

Lee is one of some 140 money managers who has left the 930.5 trillion won ($788 billion) National Pension Service since 2016, shortly before it moved to Jeonju, a sleepy provincial capital, as part of the government’s relocation of major agencies away from the capital Seoul.

That is almost half the 320 currently working at the fund’s investment arm, an alarming brain drain for the main public retirement plan of Asia’s fourth-largest economy and a major investor in Korean blue-chips such as Samsung Electronics (005930.KS) and Hyundai Motor Co. (035420.KS).

“Staying in Jeonju for the weekdays, I felt I was missing out on so much of my life, I couldn’t stand it anymore and decided to head up to Seoul,” said Lee, who now works for an asset manager based in Seoul’s financial district and agreed to be identified only by her surname.

With assets valued at nearly half the nation’s gross domestic product, the NPS manages pensions for private sector workers and self-employed South Koreans.

A massive wave of retirements due in coming years in the world’s fastest aging society has raised the stakes for management at the fund.

Over the past five years, however, the NPS has only filled 57% of jobs it opened.

An NPS official said that partly reflects the greater number of openings as the fund grows investments but acknowledged the issues around the relocation.

“Although it has stabilised a lot compared to before our relocation to Jeonju, the issue regarding manpower seems to have re-emerged because we recently increased job openings in a large scale which seemingly pushed up the relative vacancy rate,” the official told Reuters in response to queries.

“As our overseas investment expands, so are opportunities to work abroad, and efforts are being made to motivate talent to stay in service by improving working conditions, and we also have talent development programmes.”

To plug staff shortages, it removed the mandatory one-year work experience requirement for the first time from its job postings in September and began offering opportunities to work abroad, even to domestic equity fund managers.

That partly reflects the more conservative nature of its investments, fund managers say, which also means it is less exposed during downturns.

It has 30 staff across branches in New York, London and Singapore as of 2020, far fewer than the 351 staff at Canada’s CPPIB and 252 at Norway’s NBIM in their various overseas offices, 2020 data from the NPS shows.

More ambitious returns would demand a deeper pool of investment talent, which has become harder to attract and retain since the relocation in 2017.

“When I was a manager there about eight to 10 applicants used to compete for one fund manager position, after we screened out inexperienced ones, and that’s when the fund’s pay level was even lower,” said Hong Chun-uk, who resigned from a senior fund manager position at the NPS in 2015.

He left the fund after it announced its relocation and has since become an economist at Seoul-based brokerage.

The NPS is one of about 150 state agencies and public corporations that have moved out of Seoul since 2005, with another batch of about 100 institutions, including part of the National Assembly, also planned for relocation.

The major shift was part of a government plan to decentralise economic and political power away from Seoul, ease congestion in the capital and develop regional cities.

The struggle to fill roles at the fund has fueled debate over the merits of relocating crucial public institutions.

Two fund managers who left the NPS said the brain drain issue hasn’t adversely affected the fund’s performance yet but pension experts say it will.

“In Korea, there’s strong preference to live in the capital Seoul, among families, for schools and lifestyle,” Yun Suk-myung, head of the Korean Pension Association said. “Obviously the political push ignored that and having inexperienced, incompetent fundies will eventually hurt its investment returns.”

For many fund managers used to a certain standard of urban living, Jeonju has its limitations.

“There is one popular restaurant I went to often and I used to meet my boss and folks from other teams all there,” Lee said. “Everyone at the NPS kind of expects colleagues to be around the town.”