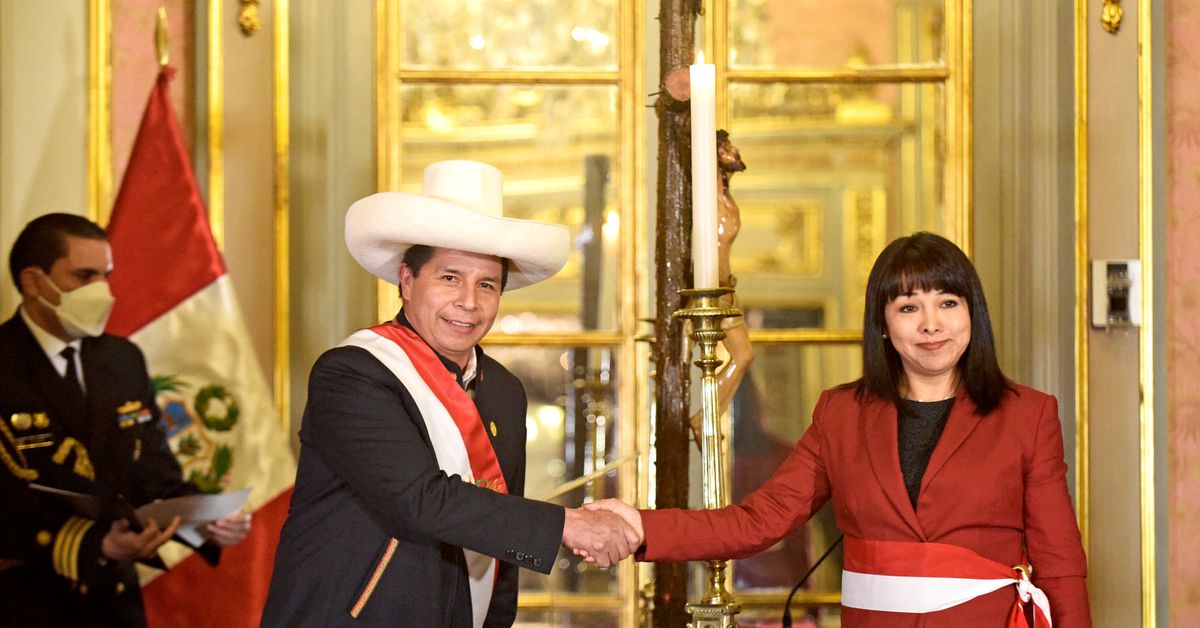 LIMA, Nov 20 (Reuters) – Peruvian Prime Minister Mirtha Vasquez sparked a controversy with the key mining sector on Friday night, saying a group of four mines in the Andean Ayacucho region would not be allowed any extensions on their operational timelines.

“This is an arbitrary measure that ignores the rule of law and its principles,” said Oscar Caipo, the president of Confiep, which groups Peru’s largest corporations.

Vasquez had said the government would help broker terms for the shutdown of four mines that have been affected by community protests in recent weeks.

“We will close the mines as soon as possible,” Vasquez said, according to a government news release. “There will be no extensions, whether for exploitation, exploration or even shutdown,”

Two of them are owned by Hochschild Mining (HOCM.L); the other two are smaller operations.

The remarks triggered a furious reaction from the mining industry on Saturday, with executives saying that while the mines were formally scheduled to shut down soon, they were hoping to extend those timelines.

“We don’t have plans to stop operating. In fact, we expect to continue investing,” said Ignacio Bustamante, who heads Compania Minera Ares, a Hochschild subsidiary.

Under Peruvian law, all mines have an expected closure date, although those dates can be modified if regulators allow it.

The spat is the latest controversy between the leftist administration led by President Pedro Castillo and the mining sector. Peru is the world’s No. 2 copper producer and mining tax revenue is a significant part of the country’s finances.

Castillo came to power in July, at a time when community protests have targeted several large mining operations, including massive copper mines like Antamina, co-owned by Glencore (GLEN.L) and BHP Billiton , as well as MMG Ltd’s (1208.HK) Las Bambas.

The mining sector has criticized Castillo for what they see as an administration that is too permissive with protesters.

“We are legitimizing violence as a justified measure of social pressure, said Raul Jacob, the president of Peru’s Society of Mining, Energy and Oil.