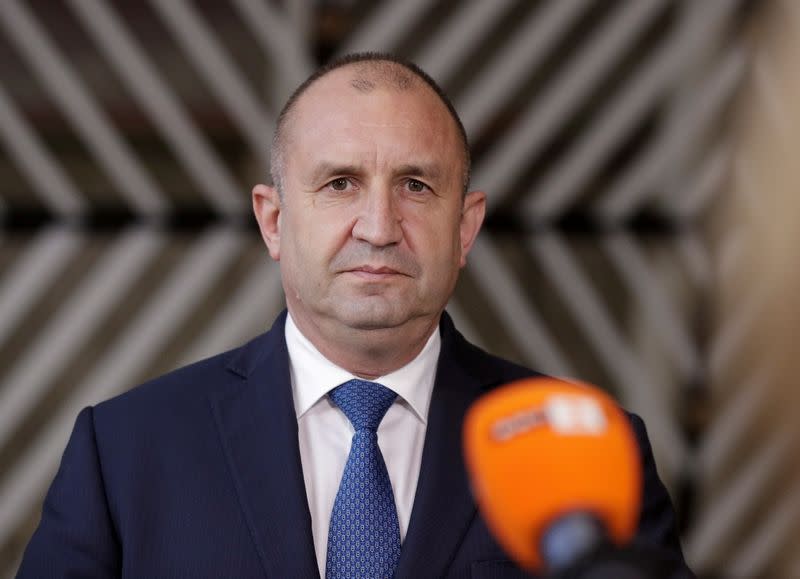 SOFIA (Reuters) – The United States has expressed deep concern over comments by Bulgarian President Rumen Radev that the Crimean Peninsula annexed by Russia from Ukraine in 2014 is “Russian”, the U.S. embassy in Sofia said on Monday.

Radev, who won a second presidential term in a runoff in the European Union country on Sunday, has pledged to keep close ties with Bulgaria’s NATO allies, but has also called for a pragmatic relationship with Russia.

In a presidential debate prior to his re-election, Radev referred to Crimea as “currently Russian” https://www.reuters.com/world/europe/ukraine-summons-bulgarian-envoy-over-presidents-crimea-comments-2021-11-19 and called on Brussels to restore dialogue with Russia, arguing that Western sanctions against Moscow were not working.

“The United States is deeply concerned by the recent statements of Bulgarian President Rumen Radev in which he referred to Crimea as “Russian,” the embassy said in a statement.

“The United States, G7, European Union, and NATO have all been clear and united in our position that, despite Russia’s attempted annexation and ongoing occupation, Crimea is Ukraine”.

Radev’s comments on Crimea have prompted protests from Ukraine and strong criticism from his opponents at home.

Tensions between Kyiv and Moscow are high following warnings from Kyiv and Washington of what they say is unusual Russian military activity near the Russia-Ukraine border. Saying such suggestions are inflammatory, Moscow has complained of increasing activity in the region by the NATO alliance.

Radev’s supporters have said that the president, who has also said that Crimea’s annexation was in breach of international laws, only meant to appease Russophile voters in the Balkan country ahead of the presidential election.

Bulgaria was one of the closest allies of the Soviet Union during the Communist era. It maintains close cultural, historical and economic ties with Russia, which remains the country’s main energy partner.