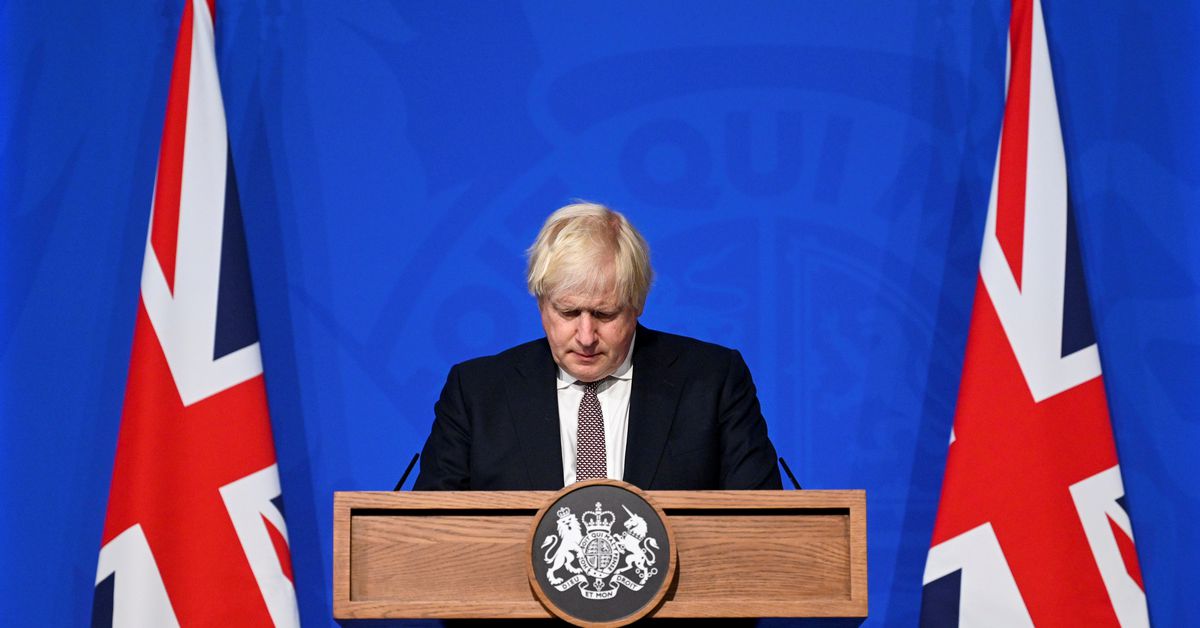 LONDON, Nov 22 (Reuters) – British Prime Minister Boris Johnson was briefly left lost for words on Monday when he lost his place in notes during a speech before regaling business leaders with an anecdote about his recent visit to a Peppa Pig theme park.

Searching through his notes, Johnson sighed, said “blast it” and repeatedly muttered “forgive me” as he briefly interrupted his speech to the Confederation of British Industry in Port of Tyne, northern England.

He recovered, talking about technology “unicorns” and then a visit to Peppa Pig World, a park based on the children’s animated TV show about an exuberant pink pig and her friends and family.

“Yesterday I went, as we all must, to Peppa Pig World,” Johnson told the business executives. “I loved it. Peppa Pig World is very much my kind of place: it has very safe streets, discipline in schools.”

Johnson asked the audience of business executives who had been to the theme park in Hampshire, southern England, which says it is the world’s largest Peppa Pig World and “perfect for toddlers”.

“I am surprised you haven’t been there,” Johnson said to those executives who had not visited the park, which includes various rides for young fans of Peppa.

“Who would have believed that a pig that looks like a hairdryer or possibly a Picasso-like hairdryer, a pig that was rejected by the BBC, would now be exported to 180 countries with theme parks both in America and China?”

In the speech, Johnson, who also performed an impression of a car, told business leaders about what he terms the green industrial revolution. He also said the job of government should sometimes be to “get out of your hair” and ensure less regulation and taxation.

Johnson was unabashed when reporters asked him about the speech and said he had made the points he had wanted.

“I think that people got the vast majority of the points I wanted to make,” Johnson said. “I thought it went over well.”

Johnson has had a difficult couple of weeks, being criticised for his handling of a “sleaze” crisis over lawmakers (MPs) being paid for second jobs outside parliament, and accused of policy reversals on high-speed rail and social care plans. read more

“Tory (Conservative) MPs were worried last week that No 10 was losing its grip – not sure any of them will feel better if they were watching this morning’s speech,” the BBC’s political editor Laura Kuenssberg said on Twitter.