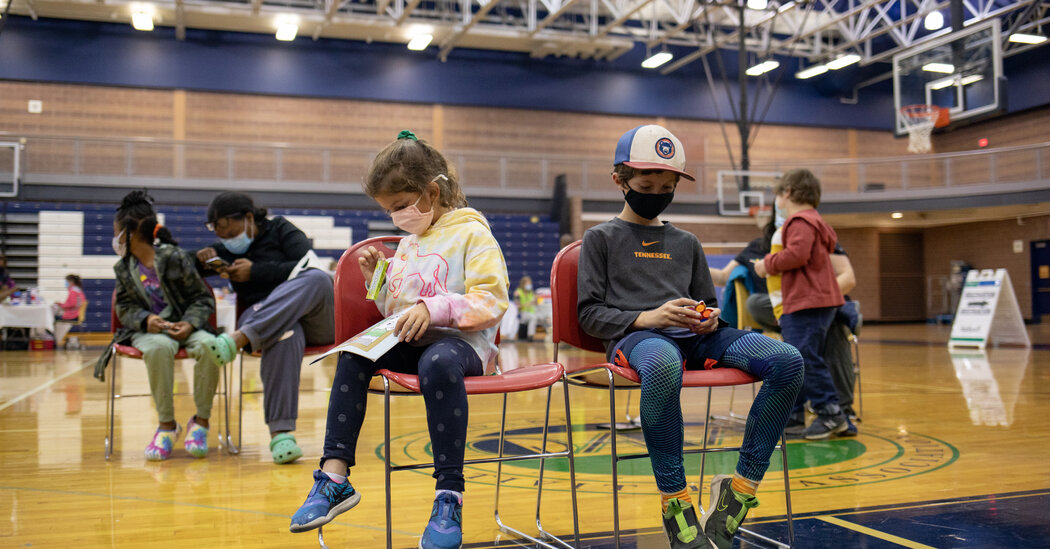 Coronavirus cases in children in the United States have risen by 32 percent from about two weeks ago, a spike that comes as the country rushes to inoculate children ahead of the winter holiday season, pediatricians said.

More than 140,000 children tested positive for the coronavirus between Nov. 11 and Nov. 18, up from 107,000 in the week ending Nov. 4, according to a statement on Monday from the American Academy of Pediatrics and the Children’s Hospital Association.

These cases accounted for about a quarter of the country’s caseload for the week, the statement said. Children under 18 make up about 22 percent of the U.S. population.

“Is there cause for concern? Absolutely,” Dr. Sean O’Leary, the vice chair of the academy’s infectious diseases committee, said in an interview on Monday night. “What’s driving the increase in kids is there is an increase in cases overall.”

Children have accounted for a greater percentage of overall cases since the vaccines became widely available to adults, said Dr. O’Leary, who is also a professor of pediatrics at the University of Colorado School of Medicine and Children’s Hospital Colorado.

Though children are less likely to develop severe illness from Covid than adults, they are still at risk, and can also spread the virus to adults. Experts have warned that children should be vaccinated to protect against possible long-Covid symptoms, Multi-system Inflammatory Syndrome and hospitalization.

At the end of October, about 8,300 American children ages 5 to 11 have been hospitalized with Covid and at least 172 have died, out of more than 3.2 million hospitalizations and 740,000 deaths overall, according to the Centers for Disease Control and Prevention.

At a news conference on Friday, Dr. Janet Woodcock, the acting commissioner of the Food and Drug Administration, said hospitalizations and deaths among 5- to 11-year-olds were “really startling.”

Dr. O’Leary said it did not help that many schools had softened their safety protocols in the last few months.

“So any protection that might be happening in schools is not there,” he said.

Vaccinations of younger children are likely to help keep schools open. Virus outbreaks forced about 2,300 schools to close between early August and October, affecting more than 1.2 million students, according to data presented at a C.D.C. meeting on Nov. 2.

Dr. O’Leary said that he was especially concerned about case increases in children during the holiday season.

With the pace of inoculations stagnating among U.S. adults, states are rushing to encourage vaccinations for children 5 through 11, who became eligible earlier this month after the C.D.C. authorized the Pfizer-BioNTech vaccine for that age group. In May, the federal government recommended making the Pfizer-BioNTech vaccine available to children ages 12 to 15. Teenagers 16 and older became eligible in most states a month earlier.

The White House estimated on Nov. 10 that nearly a million young children had gotten vaccinated; 28 million are eligible. They receive one-third of the adult dose, with two injections three weeks apart.

All of the data so far indicates that the vaccines are far safer than a bout of Covid, even for children.