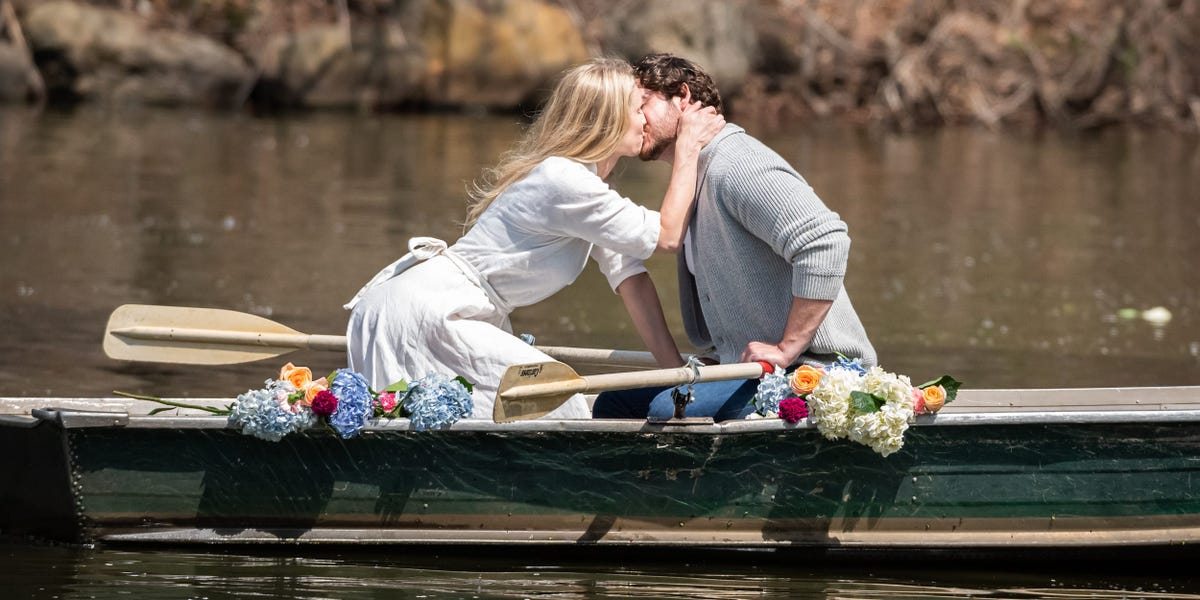 Some people spend a lifetime looking for their soul mate. But more Americans are finding life’s meaning in other things.

A new report from Pew Research Center that surveyed more than 2,500 Americans found that 9% of respondents cited their spouse or romantic partner as a source of meaning in life. That’s quite a drop from 2017, when 20% said the same.

Both married and unmarried adults felt this way, but the decline was greatest among those who were married. In 2017, 31% of this cohort found life’s meaning in their spouse. Now, 13% said the same.

In fact, viewing your partner or spouse as part of life’s meaning has seen one of the biggest decreases among all other responses. But most people (49%) said their family and children were the source of life’s meaning; it’s possible they were including their spouse in this. But that, too, saw a drop by 7 percentage points since 2017. Twenty percent of respondents found friends as a source of life’s meaning, down by only 1%.

It seems that relationships overall still hold importance to Americans, but they’ve taken a hit during the pandemic, particularly when it comes to romance. It makes sense, given the circumstances.

Love is hard during a pandemic

Online dating took off among singles cooped up inside their homes last year, but social distancing made typical dinner dates and bar meetups almost impossible.

Meanwhile, some couples and spouses had to navigate living and working together for prolonged periods of time as lockdowns were enforced. For many, it was a make-or-break test of the relationship. Those who fell into the latter category found that spending so much time together during quarantine forced them to confront what they’d been ignoring: an unhappy relationship.

Nancy Chemtob, a divorce lawyer and founding partner of Chemtob Moss Forman & Beyda, told Insider last August that her firm had seen a 30% uptick in conflict checks — a process that ensures that a potential new client isn’t a conflicting interest with a new or former client of the firm — since the pandemic began. “As they say, familiarity breeds contempt,” she said.

The emptiness of quarantine, she said, caused couples to reevaluate both their future together and the state of the world. It also forced partners to see each other’s true colors, in which different values, practices to handle the pandemic, and ideological conflicts came to a head, she said. Financial pressures, too, were taking a toll, she added.

Of course, relationship troubles alone weren’t the sole reason for the decline in Pew respondents citing their partner as a source of life’s meaning. Things such as the outdoors, freedom and independence, and society all saw an uptick in meaning compared to 2017. It could be that people don’t value partners less than they once did, but that they’re placing newfound emphasize on different things during a pandemic era.

Regardless, the drop is indicative of a cultural shift. Marriage and kids have long been a cornerstone of the American Dream that emerged in the 1950s, but the marriage rate and birth rate have been declining for years as millennials postpone these milestones until a later age.

On the heels of a pandemic baby bust that saw the birth rate hit the sharpest single-year decline in almost 50 years, a separate Pew study last week found that more Americans were losing interest in having kids.

Coupled with the declining share of Americans who see their partner as a source of life’s meaning, the data all paints a picture of Americans de-emphasizing societal expectations by finding life fulfillment on their own terms.