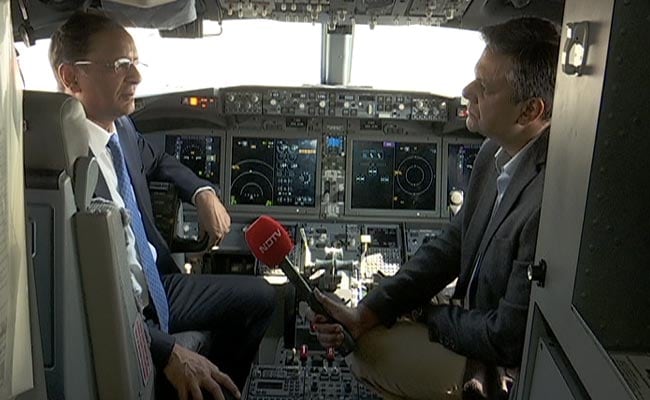 SpiceJet has already acquired 13 out of a total order of 205 Boeing 737 MAX jetliners.

The Boeing 737 MAX jetliner, which was grounded for more than 2 years after 346 people were killed in two fatal air crashes, has since ”gone through the greatest scrutiny of any aircraft in history” and is today ”the safest aircraft in the world,” says Ajay Singh, the Chairman and Managing Director of SpiceJet, which has recommenced flights using the aircraft. ”SpiceJet started to fly this aircraft two days ago. And so far, with all the flights that we have flown, there’s not even been a minor issue,” he said.

Low-cost carrier SpiceJet, which is among India’s largest airlines, has banked heavily on the Boeing 737 MAX aircraft, having already acquired 13 of them out of a total order of 205 jets. The overall worth of the deal is $22 billion and the airline expects supply of the aircraft to resume from December as it ramps up its operations at a time when domestic aviation is rapidly picking up the pace to pre-Covid levels. ”It’s incredibly important to have a fuel-efficient aircraft. The MAX is 20% more fuel-efficient than our older aircraft, the Boeing 737-NG,” Mr Singh says.

In addition to greater fuel efficiency, the MAX offers a revamped experience for budget travellers. Legroom is greater than in legacy variants of the Boeing 737 and streaming broadband services will be available from next month onwards, a first in the Indian market. ”To start with it, it’s going to be free, we are going to make sure that people are able to access the net fully and properly, in broadband mode. We probably won’t allow calls to be made, because that will be disturbing for other passengers. But pretty much everything else,” the SpiceJet Chairman says.

The civil aviation sector has been one of the worst-affected sectors in the Indian economy during the Covid period – the financial health of all airlines in India has been massively affected with many, including SpiceJet, struggling to survive. There has been a widespread retrenchment in the industry with massive cost-cutting to keep companies alive. SpiceJet has seen protests among its ground personnel in New Delhi over unpaid salary dues. ”Firstly, all the salary cuts have been restored. All the employees have been paid in full for the last two or three months,” says Mr. Singh. ”We had a choice of either retrenching a lot of people or saying okay, you know, we have a certain amount of money that we get from our charter revenue and from cargo and so on and so forth. And we will distribute this money so we will not retrench anybody,” he adds.

Despite the overall state of the aviation industry, Ajay Singh was among the two bidders in Air India, the government-run behemoth that has just been acquired by the Tata group. ”Of course, I was disappointed” at not winning the bid, says Mr. Singh. ”I was very stretched with SpiceJet. But this is the kind of challenge that you get once in your lifetime. And I thought that you know, what’s the point of being in the aviation space if you’re not prepared to take on the largest challenge that exists?” Bidding in his personal capacity, Mr. Singh put in an Rs.15,100 crore bid. Though buying Air India never happened, he is extremely happy that the disinvestment of the airline has gone through. The Tatas, he says ”have the wherewithal and the resources to rebuild the brand of Air India. Air India as a brand belongs to all of us as Indians. I wish them the very best. I hope that they revive this brand.”