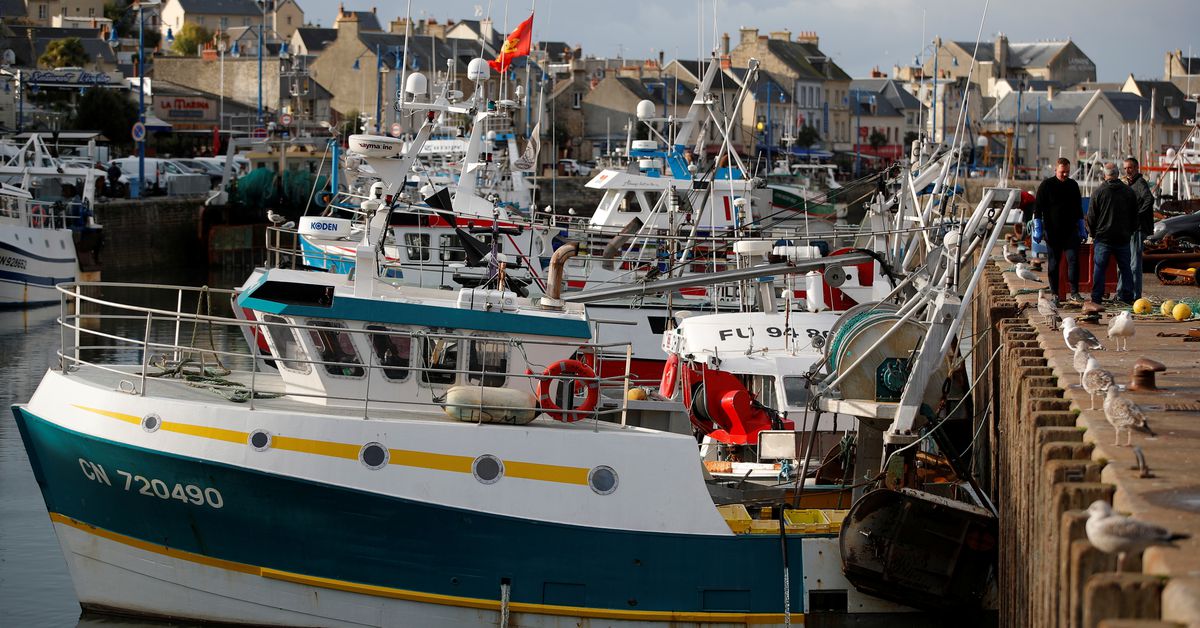 France and Britain have been at loggerheads for months over how many licences French fishermen should get as part of a post-Brexit deal, with France accusing Britain of not handing out enough permits and Britain saying it is respecting the deal.

But with talks dragging on, fishermen have decided to take action, said Olivier Lepretre, president of the organisation that represents fishermen’s interests in northern France.

He did not give details.

But Stephane Fournier, one of the dozens of fishermen awaiting a licence, told Reuters that fishermen across the region had been informed that the action would take place from Friday.

“All trans-Channel traffic (and) all freight in all the ports of France will be blocked,” Fournier said.

Lepretre said only that details were yet to be confirmed but the action would affect trade.

“Britain wants to get access to the European market? They should give us the licences. If not, we will cut their access,” he said.

It was not intended to harm British fishermen, “who are simple fishers like us,” he said.

French fishermen have previously taken matters into their own hands, including, in April, blocking trucks carrying fish from British waters to processing centers in France.

In May, the British Royal Navy sent two patrol boats when French boats blockaded the Saint Helier harbour in Jersey.

A spokesperson for Prime Minister Boris Johnson told reporters on Tuesday the UK’s position has not changed.

“We will provide additional licences when the requisite evidence is supplied, we’re not negotiating over changing that approach,” the spokesperson said.

Last week, France’s maritime minister Annick Girardin drew the ire of fishermen after she proposed compensation of 60 million euros ($68 million) for fishermen who will not receive a licence, a move interpreted as an admission of defeat.

President Emmanuel Macron has since said France “will not yield”.