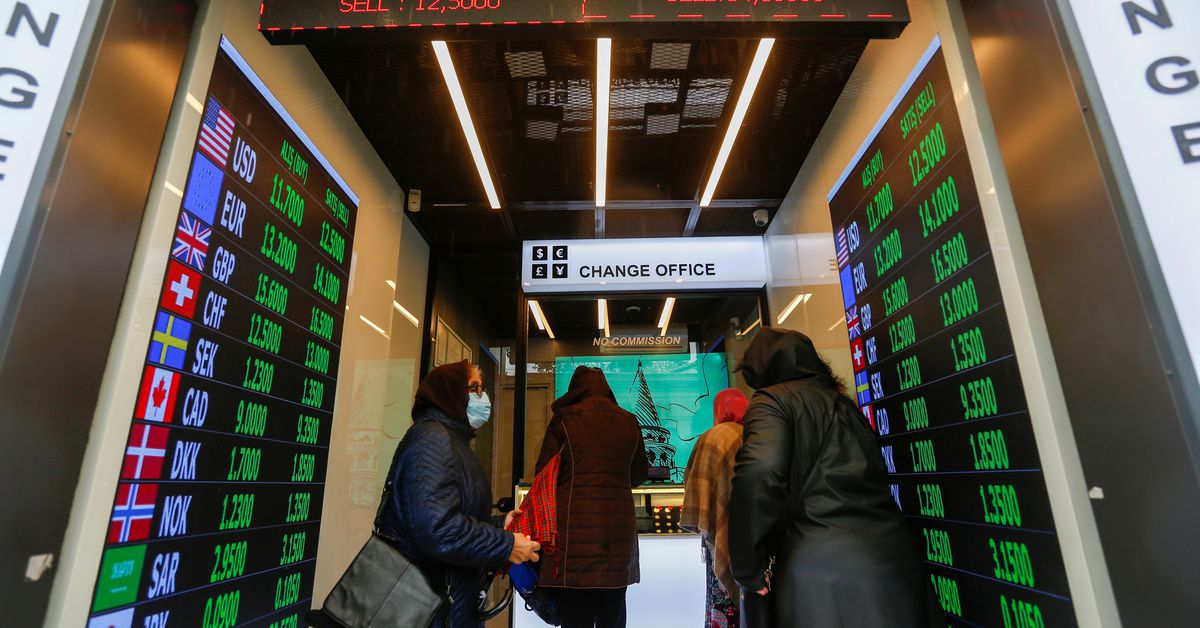 ANKARA, Nov 23 (Reuters) – Anxious Turks struggled to keep up with a bewildering collapse in their currency and the main opposition party leader said the country was experiencing its darkest “catastrophe” as the lira slumped 15% on Tuesday against the dollar.

Tuesday’s meltdown follows weeks of steep falls in the lira which have already driven up prices, leaving ordinary Turks reconsidering everything from their holiday plans to weekly grocery shopping. read more

“There has not been such a catastrophe in the history of the Republic,” said Kemal Kilicdaroglu, leader of the opposition Republican People’s Party, blaming the currency freefall on President Tayyip Erdogan who has led the country since 2003.

Doruk Akpek, CEO at a menstrual hygiene brand startup, said he tried to keep his savings in dollars and crypto-currency, but added the situation was tougher for those who only had lira.

Additional reporting by Can Sezer and Ali Kucukgocmen; Writing by Ece Toksabay; Editing by Dominic Evans and Gareth Jones