In a rambling speech on Monday, British Prime Minister Boris Johnson likened himself to Moses and hailed preschool favorite Peppa Pig as an inspiring model for the UK economy.

Johnson was speaking at a conference in the north of England held by the Confederation of British Industry to explain how he wanted to make Britain’s economy “the biggest and most successful” in Europe.

Johnson said that to this end, the government had set out a ten-point plan for leadership.

“A new Decalogue that I produced exactly a year ago, when I came down from Sinai and I said to my officials the new ten commandments thou shalt develop,” he said, comparing himself to Moses.

Johnson also did an impression of a car during the speech, which an official statement from Downing Street transcribed as “arum arum araaaaaagh.”

“I can tell you as a former motoring correspondent, [electric vehicles] may not burble like sucking doves, and they may not have that arum arum araaaaaagh that you love,” he said.

Johnson addressed CBI head Tony Danker directly on a number of occasions during the speech, despite the fact he was standing in front of an audience.

The UK government faces wide skepticism from a business sector that largely opposed Brexit, a cause Johnson championed. Many businesses argued that leaving the European Union would make it harder to do business with the 27-nation bloc, Britain’s biggest trading partner.

That has turned out to be true: UK-EU trade in both goods and services has fallen since the final split at the end of 2020, though some of the disruption may be due to the coronavirus pandemic.

Johnson’s relationship with the business community has been tense ever since he was widely reported to have used a strong, dismissive expletive against businesses during Britain’s exit negotiations from the EU.

During Monday’s stop-and-start 25-minute speech, in which he appeared to lose his place, causing long and awkward pauses as he shuffled papers, Johnson also recounted his visit on Sunday to Peppa Pig World, a theme park in the New Forest area of southern England dedicated to the animated character.

Johnson has six children, including 19-month-old son Wilfred with his current wife, Carrie.

“Hands up if you’ve been to Peppa Pig World,” he said, as he shuffled his papers.

The prime minister saw how many hands were raised and commented that it was “not enough,” which was not entirely unexpected considering that the audience of business leaders was in the north of England and the theme park is in the south.

“I was a bit hazy about what I would find at Peppa Pig World, but I loved it,” he said. “Peppa Pig World is very much my kind of place. It had very safe streets. Discipline in schools. Heavy emphasis on new mass transit systems, I noticed. Even if they are a bit stereotypical about Daddy Pig.” 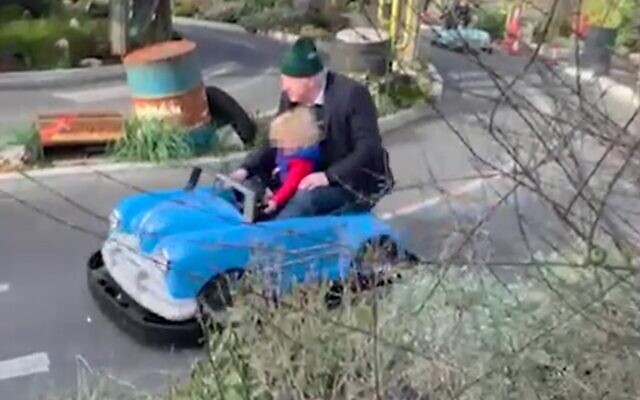 Johnson said Peppa Pig was a symbol of “the power of UK creativity.”

“Who would have believed that a pig that looks like a hairdryer, or possibly a sort of Picasso-like hairdryer, a pig that was rejected by the BBC, would now be exported to 180 countries, with theme parks both in America and in China as well as in the New Forest,” he said.

“I think that is pure genius.”

In fact, as the chief political correspondent of The Financial Times pointed out, the creators of the children’s show explained in a 2010 interview with the newspaper how the program was brought to air. It was not rejected by the BBC.

In a statement to UK media outlets, Peppa Pig World said: “We were delighted the Prime Minister devoted so much of his speech to us.” 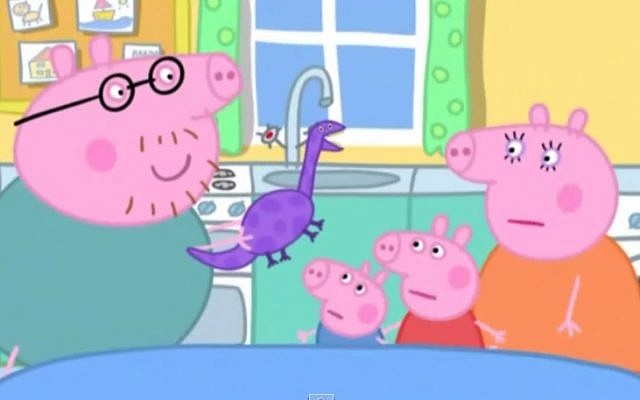 However, not everyone was so pleased with the prime minister’s performance.

A senior unnamed Downing Street source told the BBC that “business was really looking for leadership today and it was shambolic.”

The source said there was “a lot of concern inside the building” about Johnson.

“Cabinet needs to wake up and demand serious changes otherwise it’ll keep getting worse. If they don’t insist, he just won’t do anything about it,” they said.

A reporter for Sky News, interviewing Johnson in the wake of the speech, asked a question that was on other people’s minds: “In your speech to the CBI, you lost your notes, you lost your place, you went off on a tangent about Peppa Pig. Frankly, is everything okay?”