A former aide and confidant to former prime minister Benjamin Netanyahu testified Tuesday that the former premier’s son and wife ordered him to make sure incriminating texts they had sent were deleted from the phones of the recipients.

Nir Hefetz, a former spokesman for the prime minister, leveled the charges against Yair and Sara Netanyahu during his second day on the stand as a prosecution witness against Netanyahu, who is facing bribery, fraud and breach of trust charges.

Hefetz’s testimony to the Jerusalem District Court related to Case 4000, in which Netanyahu is alleged to have worked to illicitly and lucratively benefit the business interests of Bezeq’s controlling shareholder, Shaul Elovitch, in exchange for positive coverage on Walla, a news site owned by Elovitch. He denies any wrongdoing.

Netanyahu — who is a defendant along with Elovitch and his wife, Iris — is accused of abusing his powers when he served as both prime minister and communications minister from 2014 to 2017. He also stands accused of fraud and breach of trust in another two cases, but claims that the allegations against him were fabricated by the police and prosecution, and denies any wrongdoing.

Hefetz has provided prosecutors with key information as an interlocutor between Netanyahu and Bezeq’s Elovitch. He left a long career in journalism in 2009 to work as a spokesman for Netanyahu’s government, and, in 2014, became the Netanyahu family’s spokesman and adviser.

In 2018, after he was arrested in connection with one of Netanyahu’s corruption cases, Hefetz signed a state’s witness deal and provided investigators with recordings of conversations with Netanyahu and his family.

He testified Tuesday to making thousands of recordings of conversations during his years working with the Netanyahus.

Much, but not all, of Hefetz’s testimony Tuesday — which is expected to last weeks — focused on allegedly incriminating actions taken by himself and Sara and Yair Netanyahu, rather than the former prime minister.

Hefetz said that he held went to the Elovitch home to convince him to wipe his phone clean after a meeting with Yossi Cohen, one of Netanyahu’s attorneys, following a December 2016 Haaretz report revealing that there would soon be a police investigation opening up into Netanyahu’s ties to Walla. 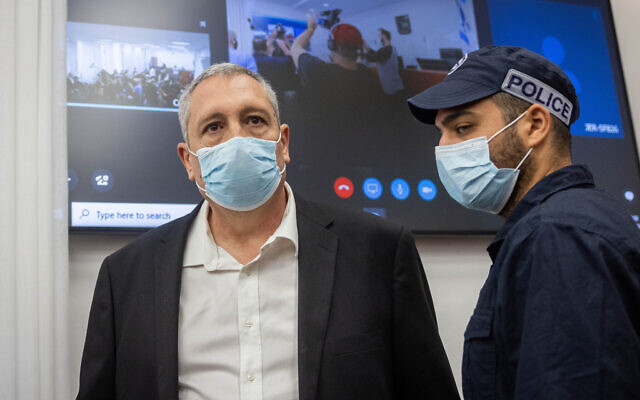 Nir Hefetz seen as he arrives for a court hearing at the District Court in Jerusalem, on November 23, 2021, (Yonatan Sindel/Flash90)

“I was so scared. I made a big mistake that I regret and take responsibility for,” he said, breaking down in tears.

“I initiated a meeting with Elovitch. I arrived at his house. We sat in the kitchen and he asked that [his wife] Iris also join. I told them about my conversation with Cohen. The mistake I made changed my life, and for mistakes, one must pay. Netanyahu did not know about it, everything is my responsibility,” Hefetz continued.

Hefetz described how he told Elovitch that he regularly deletes his text messages, in an apparent effort to convince him to do the same.

The former Netanyahu aide said that Elovitch responded that deleting texts is not enough as they can always be recovered. The latter recommended instead that they get rid of their telephones.

Hefetz maintained that the three of them doing so at the same time would draw suspicion, but Elovitch assured him that he gets a new phone from time to time and that he would ensure that other members in their circle, including former Walla CEO Ilan Yeshua, would do the same. 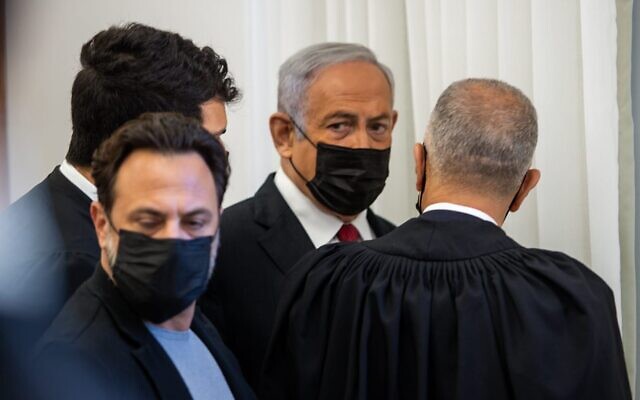 Several days later, Hefetz bought a new phone, but held on to his old one until he ended up losing it at a birthday party, he testified.

He said he was later summoned to the Prime Minister’s Residence by Sara Netanyahu and asked by her and son Yair Netanyahu to make sure texts had been deleted.

“They were scared, in a panic… Yair Netanyahu was physically shaking. They asked that I go to the Elovitch home to confirm and see with my own eyes that Iris and Shaul Elovitch deleted all of their texts with them,” he said. “There was no mention of Benjamin Netanyahu, I do not remember if he was even home at the time.”

Because he knew that the Elovitches had recently purchased new phones, Hefetz testified that he told the Netanyahus that everything would be fine. Nonetheless, he shared the interaction with Iris Elovitch, who showed him that her phone had been wiped.

Hefetz also indicated that Sara Netanyahu made threats relating to the government regulation of Bezeq after being angered by news articles featured on Walla.

At one point, said Hefetz, Sara Netanyahu told then-Communications Ministry director general Shlomo Filber to “turn off the regulation tap” for Bezeq and threatened to sever ties with the Elovitches.

“It’s important that I emphasize that this was Sara and not Benjamin Netanyahu. I was never asked by Benjamin Netanyahu to send a message to Mr. Elovitch or anyone in his circle regarding regulation,” Hefetz said. 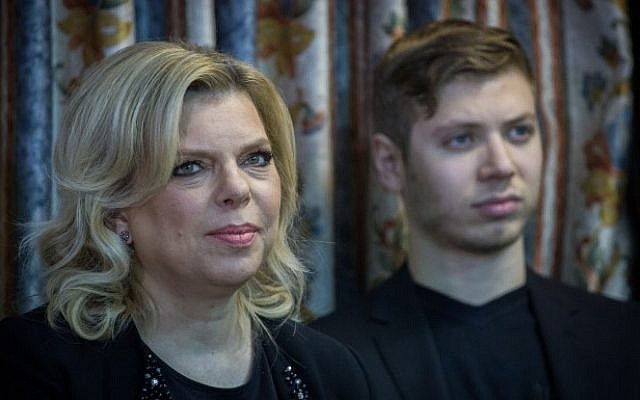 Then-prime minister Benjamin Netanyahu’s wife, Sara Netanyahu, together with their son Yair at a Hannukah event, on December 13, 2015. (Hadas Parush/Flash90)

Netanyahu was not present in the courtroom Tuesday. On Monday, he appeared in court with a number of political allies as a small group of supporters rallied outside.

Hefetz’s first day of testimony focused on the alleged favors Netanyahu granted to Bezeq, as well as links between the regulatory benefits and the positive media coverage. 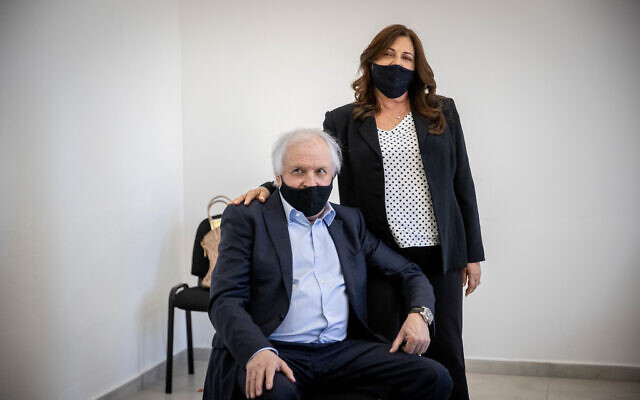 Israeli businessman Shaul Elovitch and his wife, Iris, at the District Court in Jerusalem, on April 6, 2021. (Yonatan Sindel/Flash90)