Nir Hefetz, a former aide and confidant to then-prime minister Benjamin Netanyahu, wrapped up his first day of testimony as a suspect turned state’s witness in the trial against his ex-boss on Monday.

Speaking at the Jerusalem District Court with Netanyahu present for most of the day-long proceedings, Hefetz provided key information on the link between the favors the former prime minister is alleged to have received and the benefits prosecutors say he gave the Bezeq telecommunications giant in return.

Hefetz was testifying in Case 4000, in which Netanyahu is alleged to have worked to illicitly and lucratively benefit the business interests of Bezeq’s controlling shareholder, Shaul Elovitch, in exchange for positive coverage on Walla, a news site owned by Elovitch.

Netanyahu, who is a defendant along with Elovitch and his wife, Iris, is accused of abusing his powers when he served as both prime minister and communications minister from 2014 to 2017. He has been charged with bribery, fraud, and breach of trust in the case. He also stands accused of fraud and breach of trust in another two cases, but claims that the allegations against him were fabricated by the police and prosecution, and denies any wrongdoing.

After the morning session focused on Netanyahu allegedly granting favors to Bezeq, prosecutors in the afternoon turned to the other side of the deal, seeking to prove a link between the regulatory benefits and the positive media coverage. 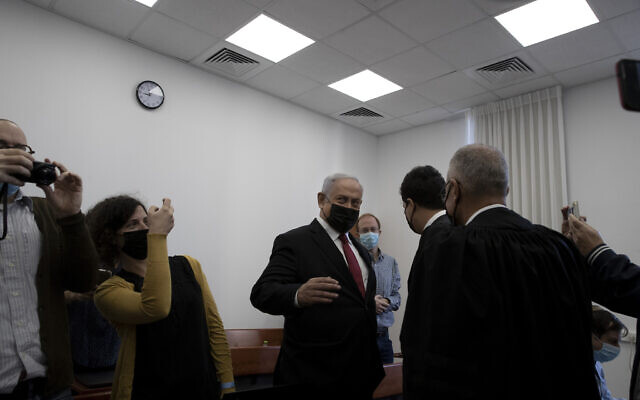 Benjamin Netanyahu, center, is surrounded by journalists and lawyers in a courtroom before testimony by star witness Nir Hefetz, a former aide, in his corruption trial at the District Court in east Jerusalem, November 22, 2021. (AP Photo/Maya Alleruzzo, Pool)

Detailing how the then-prime minister tried to use Elovtich’s “gift” of the Walla site, Hefetz said that Netanyahu was a “control freak” when it came to his public image, and that “he could not be more controlling in all matters relating to the media and his social media channels.”

“He demands to know everything, down to the smallest detail,” Hefetz said, confirming that Netanyahu himself made the requests to change coverage at Walla.

“Netanyahu spends at least as much of his time on media as he spends on security matters, including on matters an outsider would consider nonsense,” he said. “His entourage knows he should never be disturbed, except for anything related to the media. Even when he was in security meetings, he demanded that he be passed notes.” 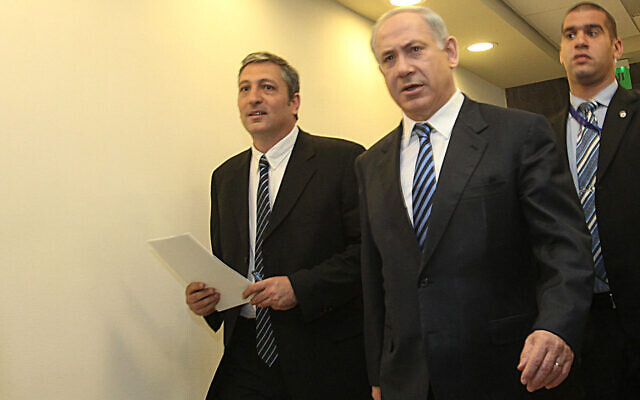 Addressing the prosecution’s case that Netanyahu’s media meddling was allowed in return for providing Bezeq with benefits, Hefetz said that in 2015, shortly before the elections of that year, Elovitch contacted him regularly to lobby for governmental approval of his group’s merger with cable TV operator Yes, and to find out who would be the next communications minister.

“I think he [Elovitch] was thinking at the time: Who knows who will win; so the Yes deal had to be signed first,” Hefetz said.

He said that Elovitch was very concerned about the appointment of a new communications minister in 2014, after Gilad Erdan moved to a new position.

Elovitch’s interest in who would hold the portfolio was due to the then-potential merger deal with Yes, which would net the telecommunications mogul millions of shekels, and which would need ministry approval.

Hefetz said Elovitch had provided a list of potential candidates, with the premier as his preferred choice. “Elovitch actually gave a list and said that the number one choice for who would serve as communications minister was that Netanyahu hold the position, with Tzachi Hanegbi as second choice, and Yuval Steinitz third. He also said he had heard of Ofir Akunis, but did not know if it was good for him or not,” Hefetz said, referring to senior Likud lawmakers. 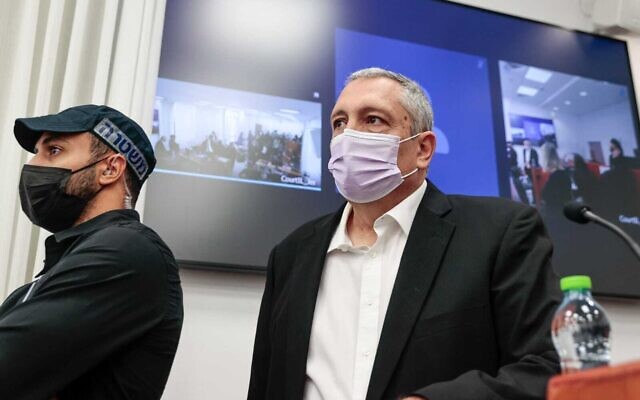 Hefetz also said that on one occasion, Elovitch asked him to pass some papers to Netanyahu and convey the message that the (subsequently approved) merger between Bezeq and Yes needed to be signed before the election, due to the expiration of the Antitrust Authority’s decision to approve it.

“I did not want to do that. I did not think the message should be conveyed; I did not really understand the regulatory issues,” Hefetz recalled, saying Elovitch reassured him that the information in the papers was publicly available on Google.

“At the first opportunity I had, a day or two later, I explained Elovitch’s message to [Netanyahu] in the study at [the Prime Minister’s Residence],” Hefetz said. “He took the pages, read them, and then shredded them. He picked up the phone to the secretary and asked that an appointment be made with Elovitch.”

Hefetz said he was completely sure that Netanyahu was aware of the conversations he was having with the Bezeq owner.

“One hundred percent, I remember conveying Elovitch’s messages, as I perceived them to be, to Netanyahu,” Hefetz said. “The conversation I had with Elovitch did not take place behind Netanyahu’s back.”

Hefetz also told the court that Netanyahu’s attitude toward the media was to go straight to the top and “contact the owner.”

In a key event on Monday, prosecutors updated Netanyahu’s defense that Hefetz had “clarified” that he had not been sent by Netanyahu to speak with then-Communications Ministry director general Shlomo Filber about regulations concerning Bezeq. Hefetz had previously apparently told investigators that he had been sent to do so. The apparent backtrack was made in a document submitted to the court after Hefetz held a refresher conversation with prosecutors ahead of his testimony. The Ynet news site said Netanyahu’s defense called the development a sign that “the case was collapsing.” 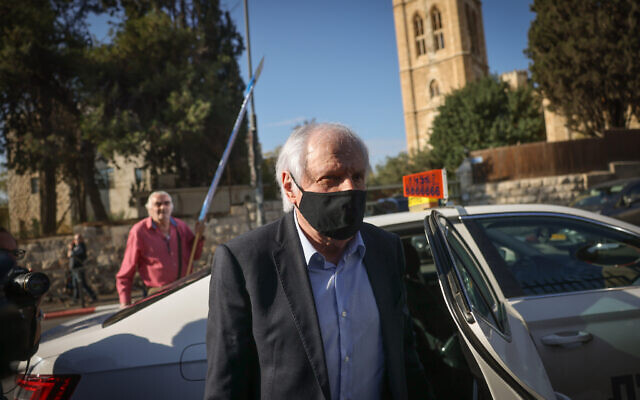 Netanyahu and Hefetz appeared to make deliberate efforts to avoid eye contact with each other, reporters in the courtroom said.

Netanyahu was accompanied in court by Likud MKs Amir Ohana, Galit Distel Atbaryan, and Shlomo Karhi. A small group of the former premier’s supporters rallied outside the courthouse.

Hefetz was set to have taken the stand last week, but his testimony was delayed by a defense request to provide time for the examination of new revelations in the case.

Ahead of the start of the testimony, Netanyahu refused to answer questions from journalists about that new evidence, regarding further expensive gifts that the former prime minister’s family allegedly received illicitly from wealthy benefactors, and about why at the time that a diamond bracelet was given to Sara Netanyahu, he had referred to it as “Romanian.” There have been some accusations that he may have been using the descriptor as a pejorative term.

Hefetz turned state witness after being arrested and questioned over a two-week period, and has provided prosecutors with key information as an interlocutor between Netanyahu and Bezeq’s Elovitch.

Hefetz made thousands of recordings of conversations during his years working with the Netanyahus.

Sorgente articolo:
Nir Hefetz: Bezeq owner said he gave news site ‘as a gift to the Netanyahu family’ – The Times of Israel