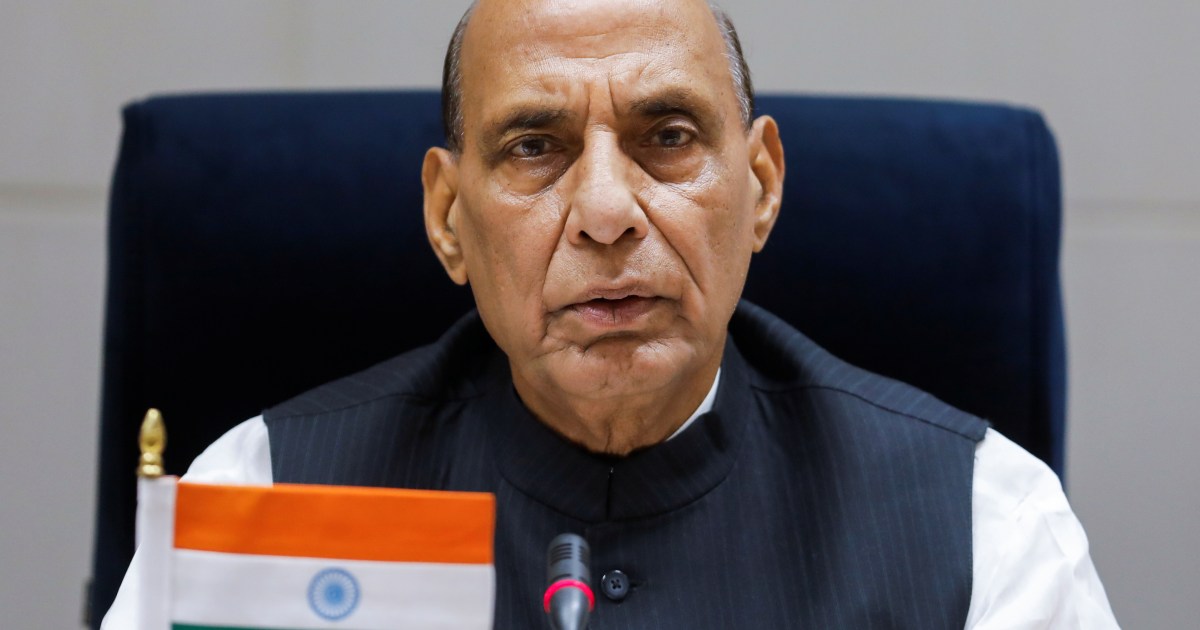 Islamabad, Pakistan – Pakistan’s Ministry of Foreign Affairs (MoFA) has reacted strongly to remarks by India’s defence minister over the weekend, terming threats to carry out military action on Pakistani soil if provoked as “highly irresponsible, provocative and gratuitous”, a statement says.

On Saturday, India’s Defence Minister Rajnath Singh pledged that his country would carry out operations across the international border into Pakistani territory if India’s western neighbour “creates a lot of trouble”.

“Now we have given them the message that if you … create a lot of trouble, then not just at the border, we can cross the border and carry out a surgical strike as well, and if needed carry out air strikes as well,” Singh said, addressing a ceremony in the northern Indian town of Pithoragarh.

In a statement released late on Sunday, the MoFA rejected Singh’s statements and accused the Indian government of “engag[ing] in falsehoods and fantasies while pointing fingers at neighbours”.

“His unfounded remarks are delusional on the one hand, and reflective of India’s characteristic hostility towards its neighbours on the other,” said the Pakistani statement.

Nuclear-armed India and Pakistan have fought three full-scale wars since gaining independence from the British in 1947.

Relations have been virtually frozen since a 2019 military standoff in the disputed territory of Kashmir that saw an aerial skirmish and both countries bomb each other’s territory.

The 2019 standoff was defused after Pakistan shot down an Indian fighter jet over Pakistani airspace and returned the pilot after two days of high tension.

The two countries regularly accuse each other of sponsoring or facilitating armed groups operating on the other’s soil.

Such accusations have increased in frequency and tenor since 2014 when Indian Prime Minister Narendra Modi’s right-wing Bharatiya Janata Party (BJP) was elected to power.

“Pakistan is fully capable of defending itself against any aggression. The entire world was witness to Pakistan’s capability and resolve in thwarting the Indian misadventure in February 2019,” said Pakistan’s statement on Sunday.