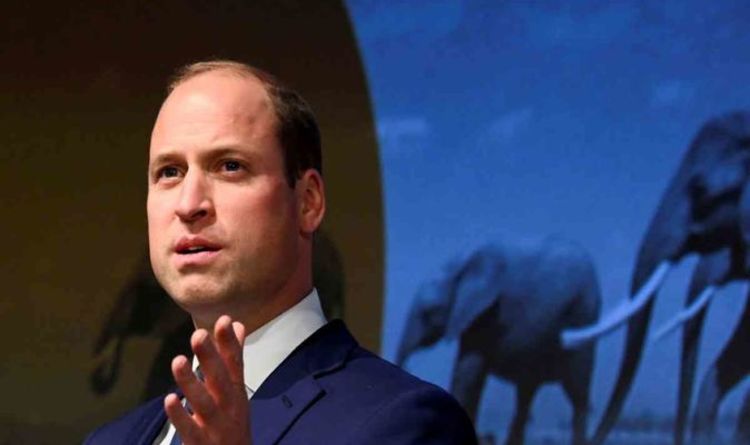 The Prince was attending the Tusk awards on Monday night at the same time that a controversial BBC documentary was broadcast about the royal family. At the event, he announced the winners of the Tusk Conservation Awards. Prince William launched the annual ceremony in 2013 to highlight the achievements of Africa’s unsung heroes who lead conservation efforts on the continent.

The Tusk charity has a mission statement to “amplify wildlife conservation across Africa”.

Referring to the Prince’s appearance at the event, Sunday Times royal editor Roya Nikkhah tweeted: “What an inspiring evening at the Tusk.org awards with Prince William.

“Recognising the incredible achievements of men and women risking their lives daily.

“In the words of Simson Uri-Khob, ‘it may not make you rich, but safeguarding wildlife for future generations is priceless.’”

The Princes and the Press, which was aired on BBC Two at 9pm explored the royal family’s relationship with the media.

The two-part series, presented by BBC’s Amol Rajan, has reportedly received complaints from the Queen, Prince Charles and Prince William.

The complaints follow reports that the palace was refused permission to watch the documentary in advance.

They provided the following joint statement: “A free, responsible and open press is of vital importance to a healthy democracy.

“However, too often overblown and unfounded claims from unnamed sources are presented as facts.

“It is disappointing when anyone, including the BBC, gives them credibility.”