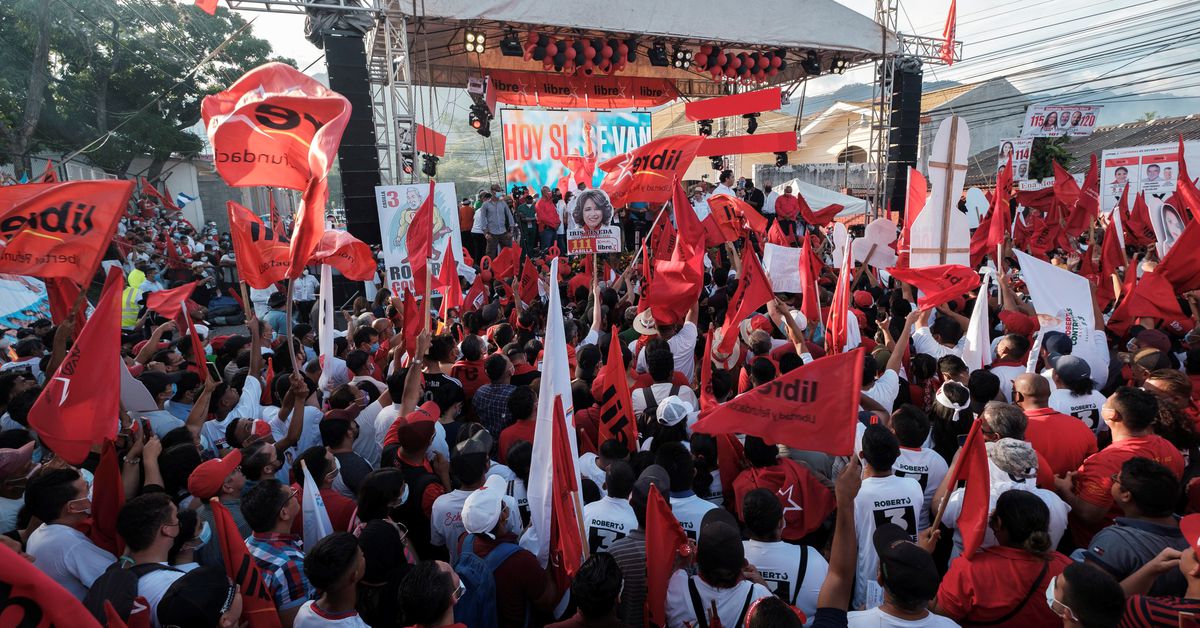 TAIPEI, Nov 23 (Reuters) – Taiwan will respect the outcome of the Honduras election but the country should be aware of getting sucked in by China’s “false” promises, the foreign ministry said on Tuesday ahead of a vote which could see Taipei lose a steadfast ally to Beijing.

Honduras is one of only 15 countries that still maintain formal diplomatic ties with Chinese-claimed Taiwan. The two have a relationship dating back to 1941, before the Republic of China government fled to Taiwan after losing the Chinese civil war.

But poll leader Xiomara Castro, of the leftist opposition Libre Party, says she plans to open relations with China if elected, giving Beijing another foothold in what is traditionally the U.S. back yard.

Taiwan Foreign Ministry spokeswoman Joanne Ou told reporters that based on democratic principles they would respect the outcome of the election, but would also strengthen communication with all sides in Honduras including the opposition.

“We will continue to explain, and let them know, that only Taiwan is a partner worthy of trust for Honduras. At the same time we will remind Honduras to pay attention to China’s flashy and false promises.”

China has been gradually whittling away at Taiwan’s remaining allies, especially in its former stronghold of Central America, where Taiwan now only has official relations with Honduras, Guatemala, Nicaragua and Belize.

China’s efforts have alarmed and angered Washington, which is concerned about Beijing’s growing international influence.

Pacific island nations Kiribati and the Solomon Islands were the last countries to cut ties with Taipei in September 2019.

China views democratically ruled Taiwan as one of its provinces with no right to the trappings of a state.

Taiwan says it is an independent country called the Republic of China, its official name, and that Beijing has no right to speak for it.