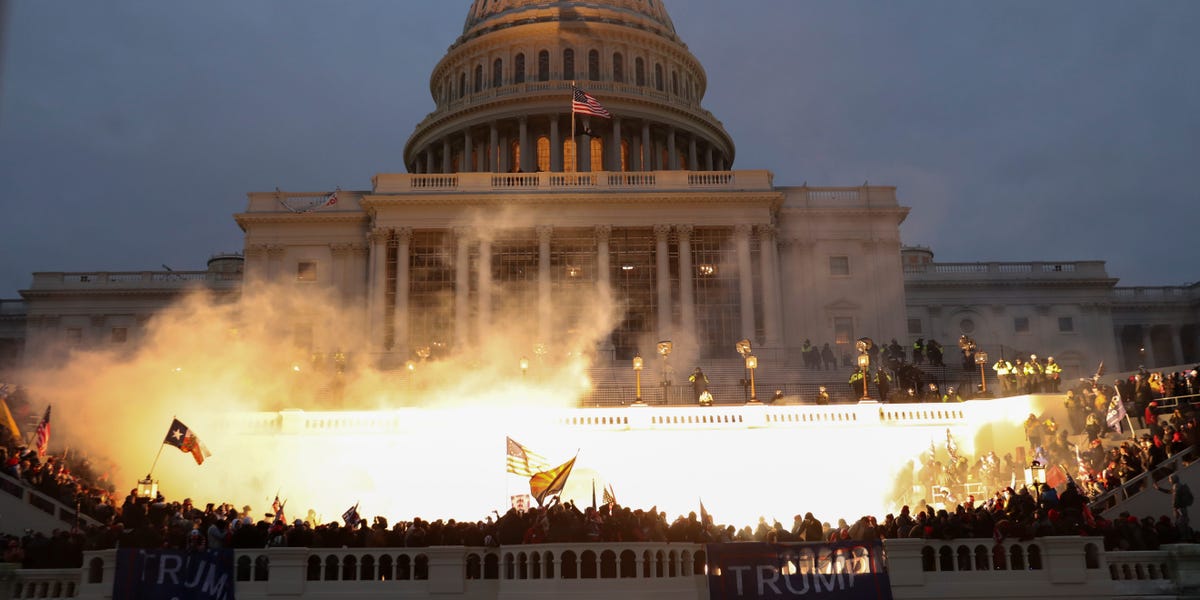 The US was listed as a “backsliding democracy” for the first time in an annual report on the state of global democracy from the International Institute for Democracy and Electoral Assistance, a Stockholm-based organization.

“The year 2020 has seen the world besieged by a pandemic that has claimed millions of lives. The stability that most of the world enjoyed after the Cold War has perhaps been permanently disrupted, and all nations are struggling to adjust to these abrupt changes,” the report said. “Significantly, the United States, the bastion of global democracy, fell victim to authoritarian tendencies itself, and was knocked down a significant number of steps on the democratic scale.”

The report warned that the world is becoming more authoritarian, stating that the number of countries “moving in the direction of authoritarianism is three times the number moving towards democracy.”

The International IDEA report ranks countries as democracies, hybrid, and authoritarian regimes based on a number of democratic indicators tracked in roughly 160 countries over the course of a half century. Countries that qualify as democracies based on the report’s methodology can also be labeled as backsliding, eroding, and/or fragile.

This year’s study, which looked at trends across 2020 and 2021, found that over a quarter of the global population now lives in democratically backsliding countries. “Fully fledged authoritarian regimes are also growing in number, and their leaders are acting ever more brazenly,” the report said.

The report raised particular concerns about anti-democratic behavior from former President Donald Trump, attributing the fatal January 6 insurrection at the Capitol to his unprecedented refusal to accept the 2020 election results.

“Disputes about electoral outcomes are on the rise, including in established democracies. A historic turning point came in 2020–2021 when former President Donald Trump questioned the legitimacy of the 2020 election results in the United States, the report said. “Baseless allegations of electoral fraud and related disinformation undermined fundamental trust in the electoral process, which culminated in the storming of the US Capitol building in January 2021.”

Trump’s “baseless allegations during the 2020 US presidential election have had spillover effects” in other countries, the report said.

Kevin Casas-Zamora, the International IDEA’s secretary general, told AFP that the “visible deterioration of democracy in the US” was one of the “most concerning developments” surrounding the study.

“The violent contestation of the 2020 election without any evidence of fraud has been replicated, in different ways, in places as diverse as Myanmar, Peru and Israel,” Casas-Zamora warned.

Over the course of Trump’s presidency, democracy watchdogs consistently raised alarm about his authoritarian tendencies. Such concerns were exacerbated by his effort to overturn the election, including the deadly violence seen at the US Capitol in January. It’s been over a year since Election Day 2020 — and Trump has still not acknowledged that he was fairly defeated by President Joe Biden, as the Republican National Committee head recently admitted.