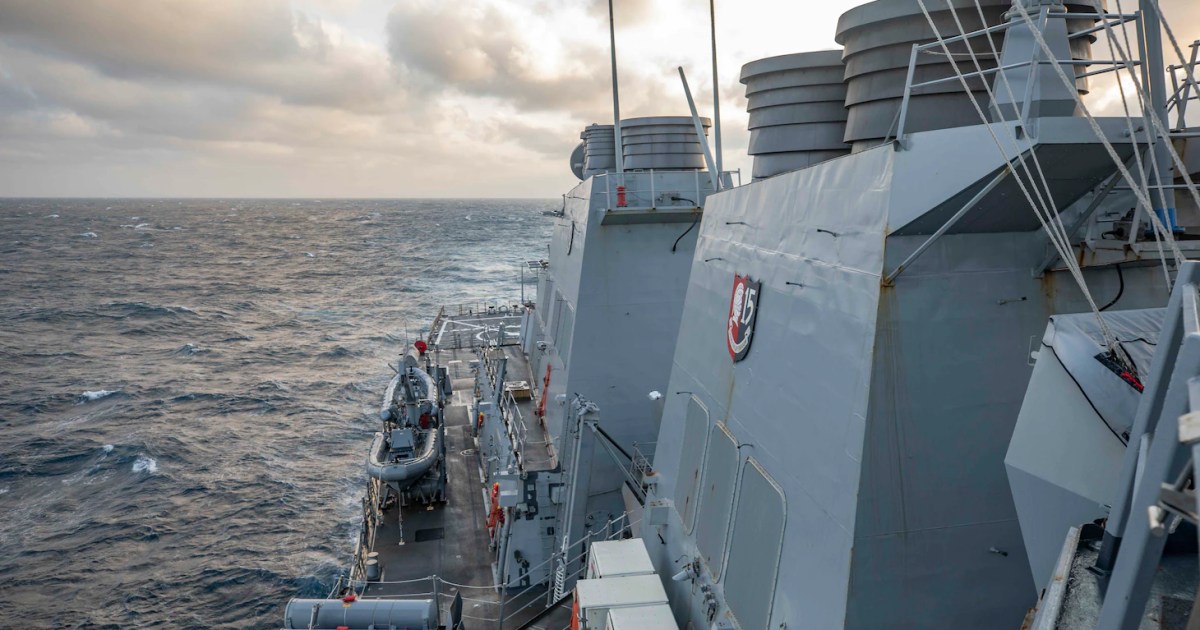 Beijing condemned the manoeuvre as an ‘attempt to disrupt and undermine regional peace and stability’.

A US destroyer has sailed through the waterway separating Taiwan and China, the United States Navy said, the first such passage since leaders from the two superpowers held a rare video summit earlier this month.

The passage through the Taiwan Strait by the Arleigh Burke-class guided missile destroyer USS Milius was a routine transit, the US Seventh Fleet said in a statement.

The voyage “demonstrates the US commitment to a free and open Indo-Pacific”, the statement said.

The manoeuvring comes after US President Joe Biden and China’s Xi Jinping traded strong warnings on the future of Taiwan at a virtual summit earlier this month.

Chinese state media reported that Xi had cautioned Biden that encouraging Taiwanese independence would be “playing with fire”.

In October, Biden appeared to break from a longstanding US policy of strategic ambiguity in regards to Taiwan, saying Washington would come to Taipei’s defence in the event of a Chinese attack.

The White House later walked back the statement, saying the US position towards Taiwan remains unchanged.

While Washington does not officially recognise Taiwan’s sovereignty, it has for decades provided support, including military training and weapons, to the island, which Beijing considers a renegade region.

Washington and Taipei were this week holding their second annual economic dialogue.

In October, Taiwan’s President Tsai Ing-wen confirmed for the first time in years that US military personnel were present on the island as part of a training mission.

US warships periodically conduct exercises in the Taiwan Strait, often triggering angry responses from Beijing, which views the waters as part of its territory. The US and many other countries view the route as international waters open to all.

A growing number of US allies have transited the route as Beijing intensifies its military threats towards Taiwan and has sought to solidify its control over the disputed South China Sea.

British, Canadian, French and Australian warships have all made passages through the Taiwan Strait in recent years, sparking protests from Beijing.

“The US should immediately correct its mistake, stop stirring up trouble, crossing the line and playing with fire,” he warned.

Collin Koh, a research fellow at Singapore’s S Rajaratnam School of International Studies, keeps a database of declared US transits through the Taiwan Strait.