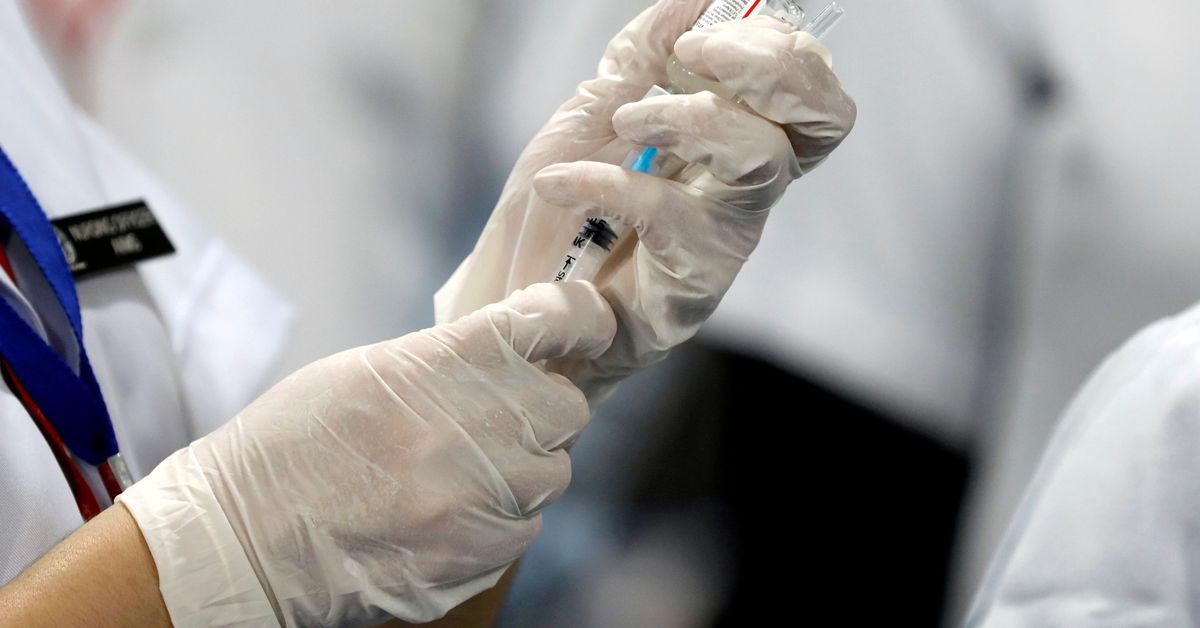 BENGALURU, Nov 24 (Reuters) – Bharat Biotech’s vaccine was only 50% effective at preventing symptomatic COVID-19 in a high-risk population during a devastating second wave of infections in India this year, data gleaned from hospital workers showed.

The real world study for Covaxin, conducted April 15-May 15, compares with a 77.8% effectiveness rate in a late-stage trial of more than 25,000 participants that was conducted November 2020 to January 2021.

The new data analysed just over 1,000 COVID-19 cases with a test-negative control case group, matching by age and gender, according to the study which was published in the Lancet Infectious Diseases journal.

The much lower effectiveness rate for the two-dose shot seen in the new study can possibly be attributed to the fact that the study was restricted to hospital employees who had a higher risk of being infected than the general population, that it was conducted during a surge in infections and also to the prevalence of the Delta variant at the time, the study concluded.

Covaxin, which Bharat Biotech co-developed with an Indian research body, received emergency-use authorisation in India in January even before the completion of the late-stage trial.

It is the only homegrown vaccine being used in India’s vaccination programme, although it accounts for only about 11% of the 1.18 billion doses administered so far.

Covaxin has also been approved in countries such as Vietnam and Brazil. Bharat Biotech’s U.S. partner, Ocugen (OCGN.O), has submitted a request to the U.S. FDA for emergency use approval.