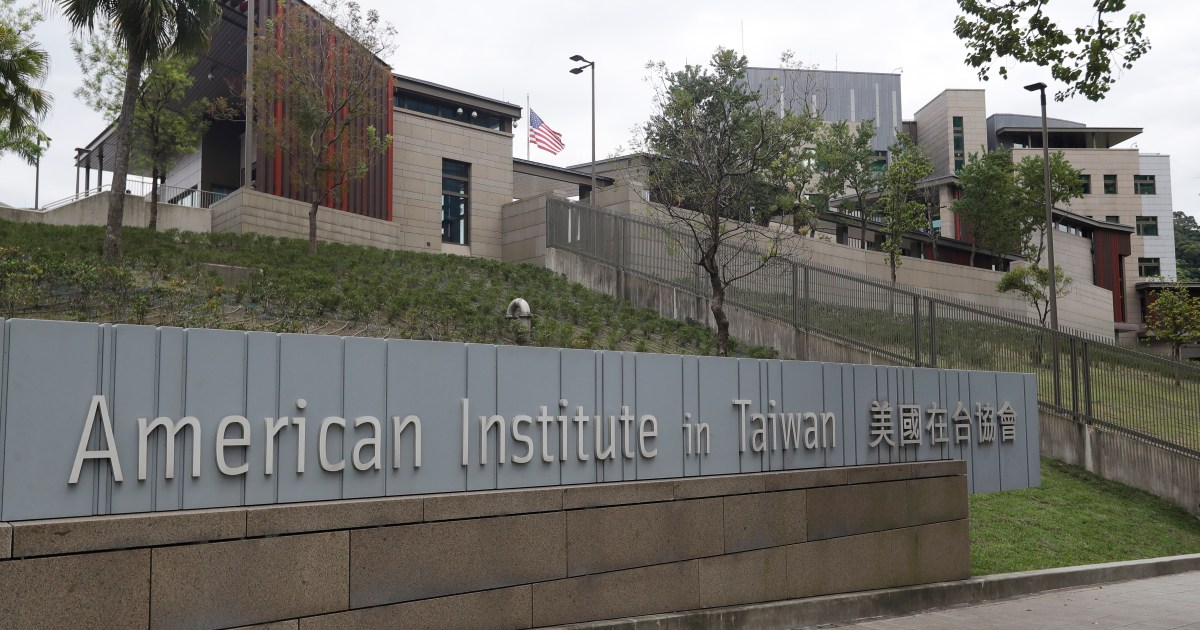 The administration of US President Joe Biden has invited Taiwan to the upcoming, US-hosted Summit for Democracy, a move that was quickly condemned by China, which views the island as a renegade province.

Taiwan, which the US does not officially recognise as a sovereign nation, was included on a list of 110 invitees to the virtual summit, which will be held on December 9 and 10.

Taiwan’s Foreign Ministry said the government would be represented at the event, which Biden announced in August, by Digital Minister Audrey Tang and Hsiao Bi-khim, Taiwan’s de facto ambassador in Washington.

“Our country’s invitation to participate in the ‘Summit for Democracy’ is an affirmation of Taiwan’s efforts to promote the values of democracy and human rights over the years,” the ministry said.

On Wednesday, Taipei thanked Biden for its inclusion.

“Through this summit, Taiwan can share its democratic success story,” Presidential Office spokesman Xavier Chang said in a statement to reporters.

Chinese foreign ministry spokesman Zhao Lijian, meanwhile, said on Wednesday that Beijing “firmly opposes the US invitation to the Taiwan authorities to participate in the so-called Summit for Democracy.”

The spokesman added that Taiwan is “an inalienable part of Chinese territory.”

All other participants included on the US Department of State’s list to date are countries whose sovereignty is officially recognised by Washington. US rivals Russia and China are not included, neither is Turkey, whose President Recep Tayyip Erdogan was previously dubbed an “autocrat” by Biden.

Other countries Washington had hoped would represent democratic progress but have since seen backslides amid military coups or conflict – and have not been invited – include Sudan, Myanmar, Ethiopia and Afghanistan.

China has historically chafed at any moves seen as offering international legitimacy to Taiwan, including a recent push, supported by the US, for the island to have a greater role at the United Nations and its wide collection of international bodies.

While maintaining a strategy of strategic ambiguity towards Taiwan, the US continues to support and maintain unofficial relations with the island, as outlined in the 1979 Taiwan Relations Act, and has upheld Taiwan as a beacon of democracy.

However, in October, Biden appeared to break from the longstanding US policy towards Taiwan, saying Washington would come to Taipei’s defence in the event of a Chinese attack.

The White House later walked back the statement, saying the US position towards the island remains unchanged.

Beijing, meanwhile, has not ruled out taking over Taiwan by force as it has increasingly pressured other countries to downgrade or sever ties with Taiwan.

Biden, meanwhile, told Xi the US “strongly opposes unilateral efforts to change the status quo or undermine peace and stability across the Taiwan Strait”, according to the White House.

Beijing wasn’t the only government to take issue with US invitation list on Wednesday.

Moscow, after being excluded, said the US-hosted summit would only further widen international divisions.

“The United States prefers to create new dividing lines, to divide countries into those that – in their opinion – are good, and those that are bad,” Kremlin spokesman Dmitry Peskov told reporters.

“More and more countries prefer to decide themselves how to live, without looking back at anyone,” Peskov added, accusing Washington of “trying to privatise the term ‘democracy’.”