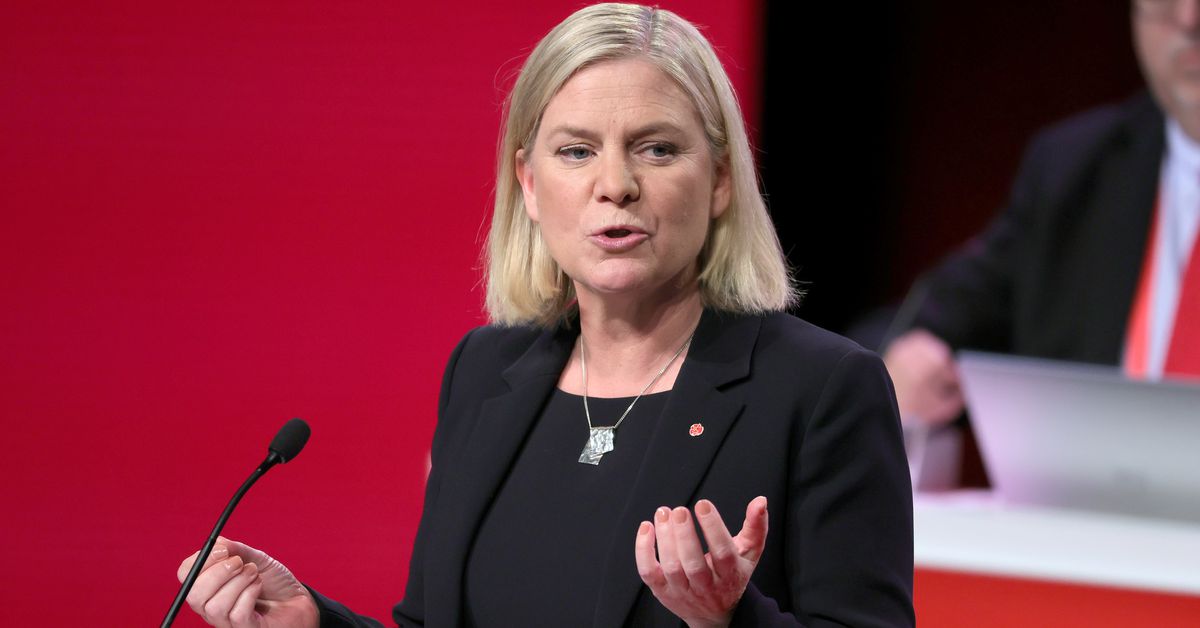 Andersson, 54, won approval as prime minister after reaching a last-minute deal with the former communist Left Party. But a fragmented political landscape means her grip on power is already tenuous.

Parliament is due to vote on the budget some time after 1500 GMT, with her centre-left government’s proposals set to be rejected in favour of amendments put forward by the centre-right opposition, including tax cuts on petrol and more spending on the justice system to fight gang crime.

While it would be a major defeat for the new government on day one, Andersson, who was finance minister under her predecessor Stefan Lofven, said she would soldier on as prime minister. read more

“I am of the opinion that it (the budget) as a whole is something I can live with,” Andersson told a news conference.

Andersson, who became prime minister 100 years after women were first able to vote in an election in Sweden, has inherited something of a poisoned chalice from Lofven.

He managed to hold together the minority coalition of their Social Democrats with the Greens while also placating the Left and Centre parties whose support the government also needs.

But the complex balance has now collapsed, with the right-leaning Centre suspicious of the former communist Left’s increasing influence, and Andersson will do well to hold on to power until an election due in September next year.

Sweden’s Minister of Finance Magdalena Andersson delivers a speech after being elected as party leader of the Social Democratic Party at the party’s congress, in Gothenburg, Sweden, November 4, 2021. Adam Ihse/TT News Agency via REUTERS/File Photo

The Centre Party is worried by the deal with the Left Party and has said it will not back Andersson on the finance bill.

“We cannot support a budget from a government which is moving far to the left,” Centre Party leader Annie Loof told reporters.

The Green Party said it would “consider its options” if the opposition gets its way on the budget.

Even if she manages to consolidates her power base, Andersson faces significant challenges.

The COVID-19 pandemic exposed gaps in the much-vaunted welfare state and the government needs to speed up the shift to a “green” economy if it is to meet its climate change goals. read more

Whatever the difficulties, Andersson will go into the history books as Sweden’s first female prime minister, 40 years after neighbour Norway got its first woman leader and 60 years behind Sri Lanka, the first country to elect a woman PM.

“I know what this means for girls in our country,” a visibly emotional Andersson said. “I also grew up as a girl in Sweden and Sweden is a land of gender inequality. Absolutely, I am moved by this.”