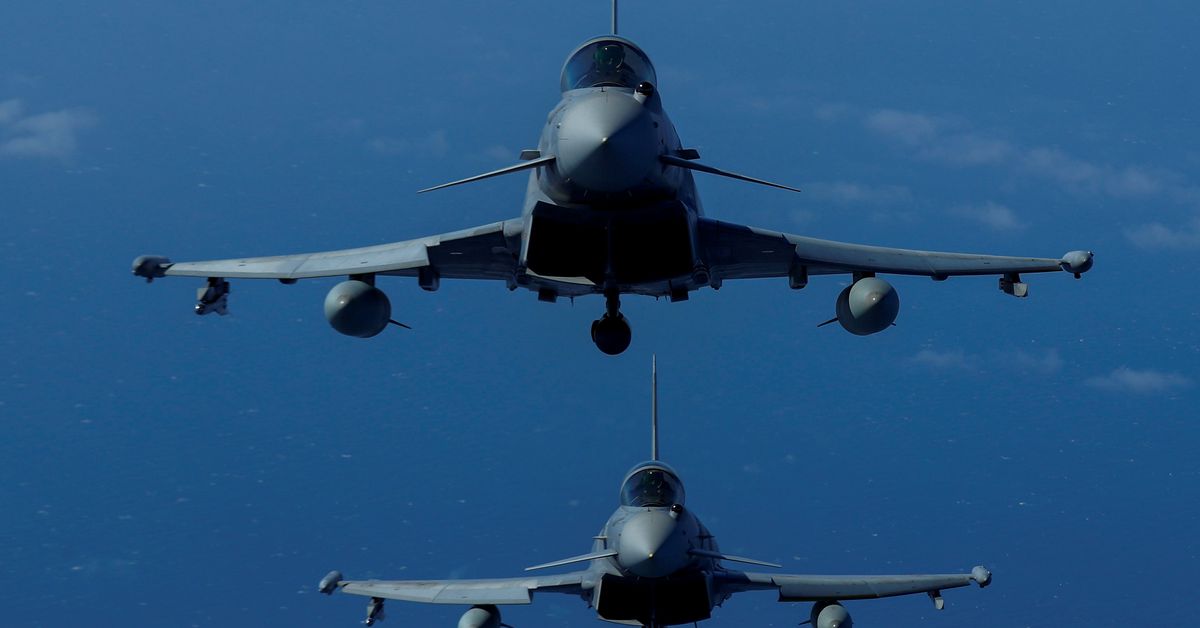 Two Eurofighters of the Spanish Air Force are seen in-flight during the Ocean Sky 2021 Military Exercise for advanced air-to-air training in the southern airspace of the Canary Islands, Spain, October 21, 2021. REUTERS/Borja Suarez/File Photo

At a time when European Union members weigh closer cooperation on defence without weakening the ties that some countries have with NATO, General Luca Goretti said that Rome could act as a bridge between NATO and Europe.

Italy joined the Tempest programme because it felt it could play a bigger role than in the FCAS programme, he added.

Goretti said that with the two programmes currently in their “conceptual phase” it was normal that, in this initial period, each country assessed options on technology.

“But it is natural that these two realities will merge into one, because investing huge financial resources in two equivalent programmes is unthinkable,” Goretti told members of parliamentary defence committees.

As Britain works on Tempest with a view to replacing its Eurofighter Typhoon jets from 2040, France, Germany and Spain are working on the rival FCAS project to replace France’s Rafale and German and Spanish Eurofighters.

European military and industry officials have frequently speculated that Europe would end up with one programme to pool constrained budgets and to avoid repeating the damaging effects of competition in the past.

But experts have cautioned that any agreement to combine such strategic combat systems remains far off as companies cement their positions in the existing programmes and Brexit remains a fresh political and diplomatic wound.

The recent new trilateral security pact between Australia, the United States and Britain, known as AUKUS, is seen by analysts as another hurdle to significant cooperation on defence projects.