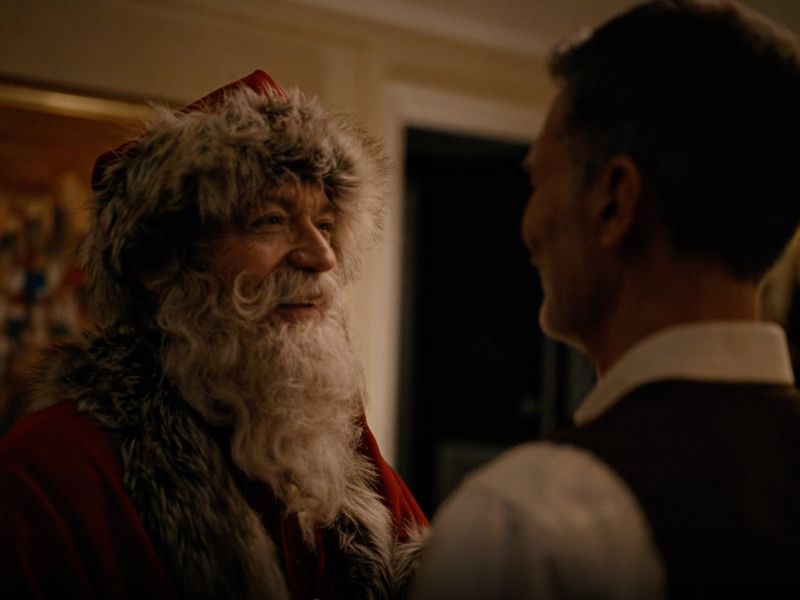 Is this the “Brokeback Mountain” of Christmas ads?

The past couple of years have seen the Norwegian post service, Posten, tackle provocative topics in its holiday advertising. It portrayed Santa as an “angry white man” who’s partial to Twitter rants. Before that, it controversially hinted that a mail carrier may have played a role in the Virgin Birth.

This year, the advertiser and its agency Pol look like they are setting out to make headlines again, with a beautifully told gay love story featuring Saint Nicholas himself.

While previous Posten outings were humorous, this year, the brand dials down the comedy and opts for a more poignant tale. The spot, “When Harry Met Santa,” was created to celebrate the 50th anniversary of Norway legalizing same sex relationship.

It’s the story of a man who encounters Santa every year—at first only fleetingly, but as time goes by, they gradually share more moments together, exchanging presents and growing closer.

The years go by, the man grows older and still lives alone, but the grizzled Santa is a constant in his life, despite only seeing him at Christmas time. Like all long-distance relationships when one of you is working over the holidays, it’s not easy, and there are tears. But, thanks to intervention from the postal service (and a letter from the man to Santa telling him “all I want for Christmas is you”), the two tentatively find a way to be together.

The film is sensitively directed by B-Reel Films’ Sacarias Kiusalaas, with many moments of shading and subtext—there’s a hint that the hero may have lost his previous partner, and his Christmas celebrations with his family seem bittersweet. While it seems almost bound to attract some trolls, we predict there will be many fans of this heartfelt love story too. (And we think there’s scope for making this story even more expansive: a movie version perhaps?)

“It is so nice to see that we have created a new tradition at Posten, looking into Christmas institutions and folklore from different perspectives, with a grand Christmas ad every year,” said Monica Solberg, marketing director at Posten, in a statement. “And what better way to follow up last year’s angry Santa with pure love?”