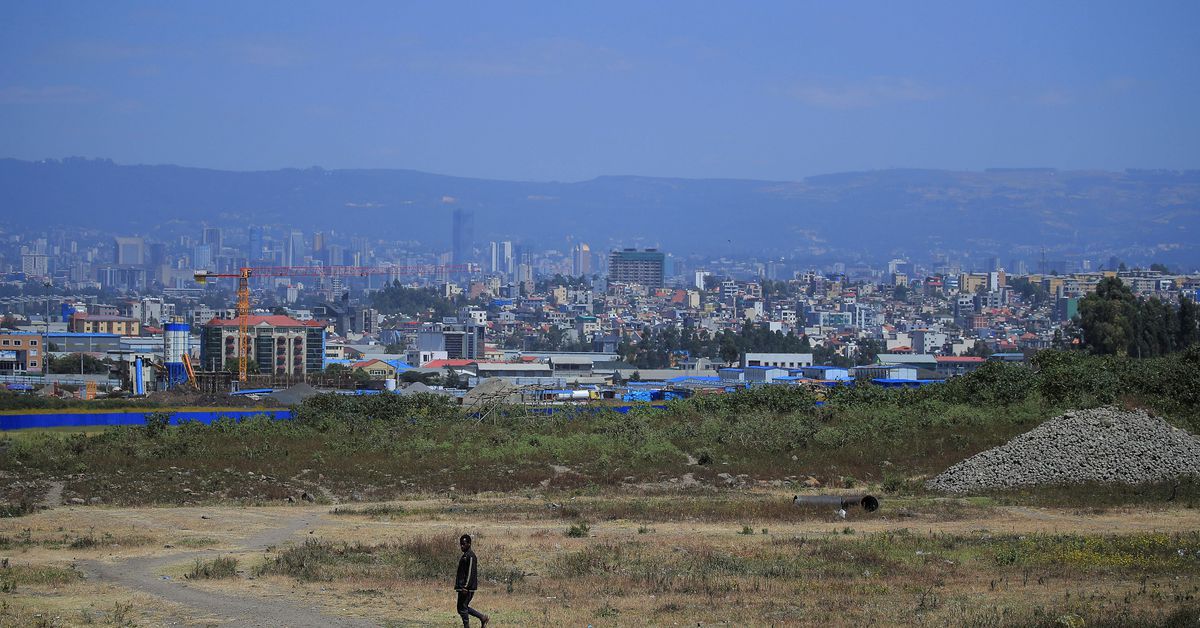 “I am now safeguarding my city with a stick, but if it is required and they give me a weapon, I will do the same,” the former soldier told Reuters.

He is among tens of thousands of Addis Ababa residents who joined defence groups after Tigrayan fighters threatened last month to march on the capital.

Getachew and his team – dozens of men in bright orange vests, brandishing hefty sticks – search pedestrians and cars for weapons and suspects from noon until 10 p.m.

As a young man, Getachew spent 12 years in the military under the Marxist Derg regime, which was eventually toppled in 1991 by rebels from the Tigray People’s Liberation Front (TPLF) and its allies. The TPLF dominated government for nearly three decades, until Prime Minister Abiy Ahmed came to power in 2018.

Relations quickly soured between Abiy’s government and the TPLF. War erupted a year ago in the northern region of Tigray, and thousands of civilians have been killed, millions displaced and at least 400,000 people in Tigray forced into famine.

Now Tigrayan forces have recaptured most of Tigray and pushed south and east into the neighbouring Amhara and Afar regions, threatening the capital and a transport corridor linking landlocked Ethiopia to the region’s main port Djibouti.

“There is no way that they (TPLF) will be able to rule Ethiopia again,” Getachew told Reuters. Too many people in Addis Ababa oppose them, he said.

Many on Getachew’s team remember the 2005 elections. The TPLF-dominated government re-ran that vote and cracked down on protesters. Tens of thousands were arrested.

A man walks on the outskirts of Addis Ababa, Ethiopia, November 5, 2021. REUTERS/Tiksa Negeri

The group began patrols a week ago. Once, they received a tip about three strangers who spent their days inside and moved around at night. Neighbours heard the men speaking in Tigrinya, the language of Tigray. He informed police, who detained them overnight and searched their house, Getachew said.

Nothing was found and they were released, he said. Police instructed him to keep them under surveillance.

“It is obvious that there are infiltrators…who have lived with us for years,” Getachew told Reuters.

On Nov. 2, the Abiy government declared a six-month state of emergency in the Horn of Africa country, allowing suspects to be detained without trial for as long as the proclamation lasts and house-to-house searches to be conducted without a warrant.

Some Tigrayan citizens say they are being unfairly targeted because of their ethnicity.

The state-appointed Ethiopian Human Rights Commission has said thousands of people, mostly Tigrayans, have been arrested in the latest of several waves of detentions. Ethiopian police say they are taking suspected TPLF operatives into custody.

TPLF spokesperson Getachew Reda was unavailable for comment on the self-defence groups.

He said 2,000 volunteers have received additional training in conducting searches and assisting the police. He says they have helped capture weapons and direct police to suspects.

“These volunteers are the ears and eyes of the police,” said Solomon.