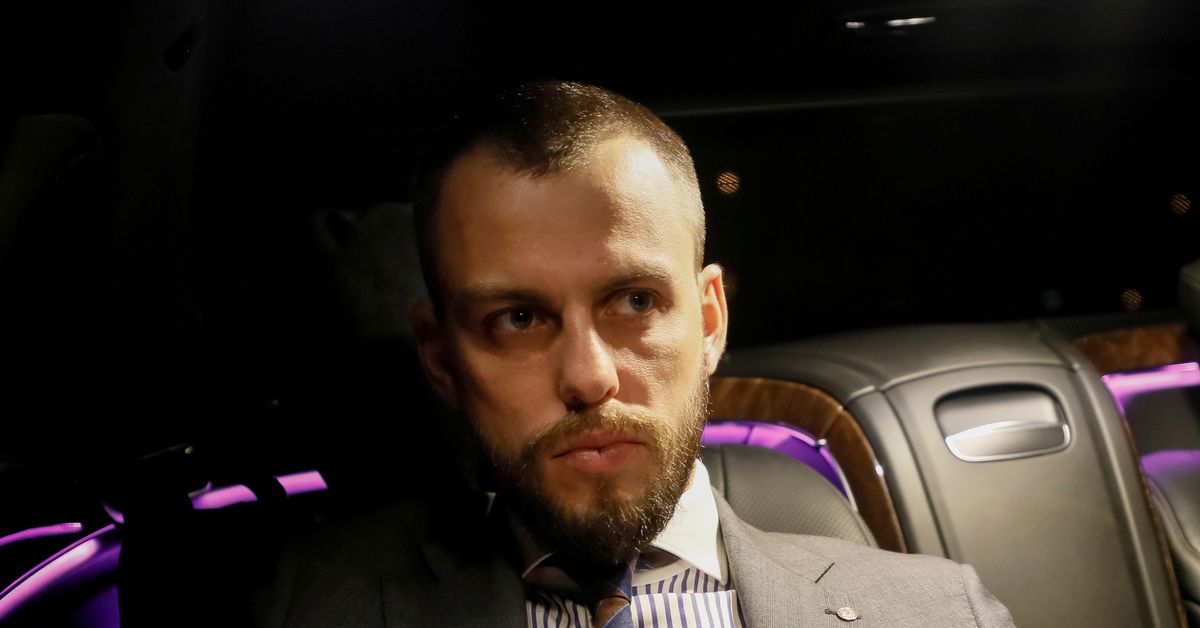 MOSCOW, Nov 23 (Reuters) – Ilya Sachkov, the head of a Russian cybersecurity firm, on Tuesday appealed to President Vladimir Putin to let him be moved to house arrest while he awaits trial on treason charges after his detention was extended until February.

Sachkov, 35, who founded Group-IB, one of Russia’s most prominent cybersecurity firms, was arrested in September and charged with divulging state secrets, allegations he denies.

In a statement sent by his lawyer on Tuesday, Sachkov again rejected the charges and compared his case to the Dreyfus affair, a political scandal that shook France more than a century ago.

“I am not a traitor, a spy or a turncoat. I am a Russian engineer. Through my work I have repeatedly proven my loyalty and benefit to the motherland,” Sachkov said in the statement, given to Reuters by his lawyer Sergei Afanasiev.

“I very much ask my president, Vladimir Vladimirovich Putin, to allow me to spend the duration of the investigation under house arrest, with maximum restrictions.”

When asked whether Putin had received such a request, Kremlin spokesperson Dmitry Peskov said: “I don’t know anything about that.”

Afanasiev said Sachkov denied the charges but had agreed to answer questions from investigators. He is visited by lawyers once a week and receives mail with a delay of two to three weeks, Afanasiev said.

Sachkov’s mother Lyudmila has previously urged the president to have her son released, calling him “a sincere patriot” in a letter in early October.

The Kremlin at the time said the letter had not reached the presidential administration and it was a matter for the court.

Treason is punishable by up to 20 years in jail. The details of such cases are rarely made public because of their classified nature.

Group-IB focuses on investigating high-tech crimes and online fraud, with a global client base that includes banks, energy companies, telecoms firms and Interpol.