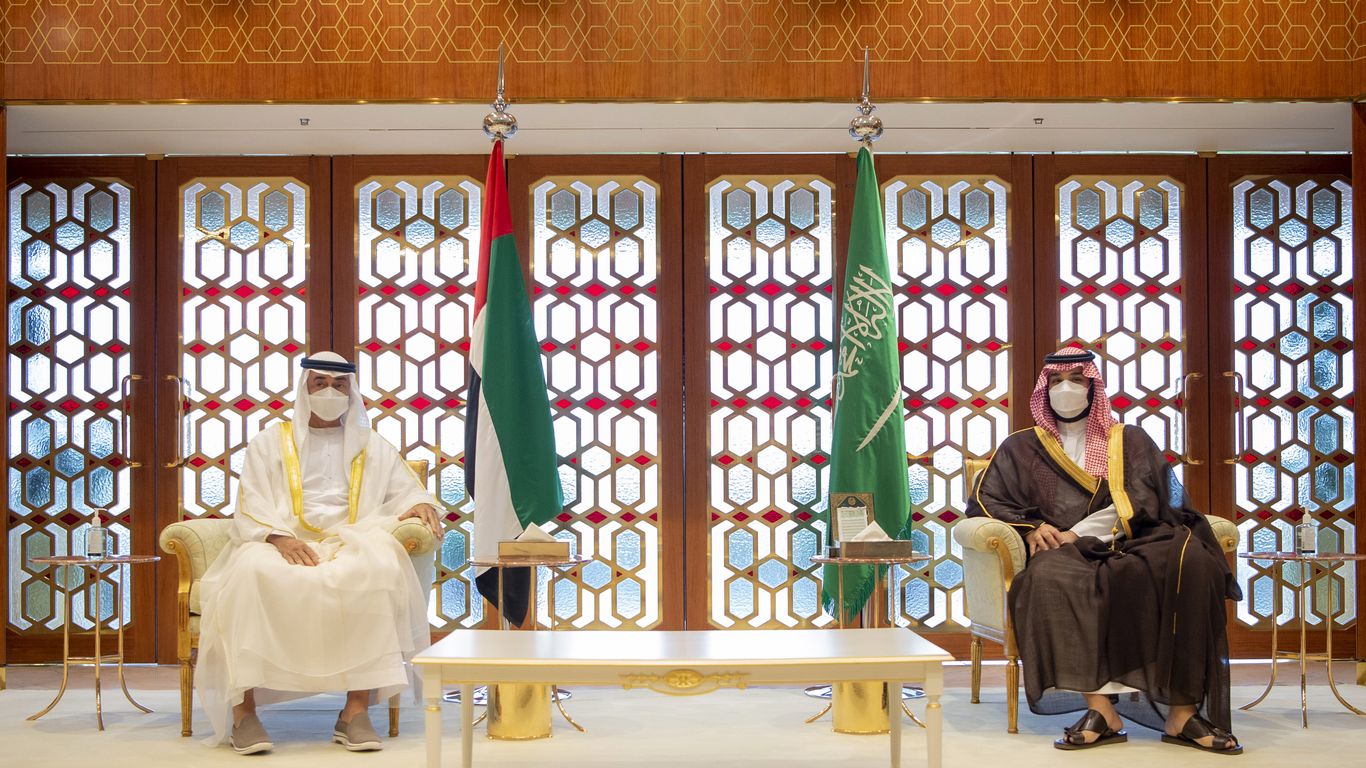 The Saudi government pressured the United Arab Emirates to back off a major solar energy deal with Israel and Jordan, two senior Israeli officials with direct knowledge and another source briefed on the matter tell Axios.

Why it matters: The agreement signed on Monday and helped across the finish line by U.S. climate envoy John Kerry is the biggest renewable energy project in the region. It will see the UAE build a massive solar farm in Jordan to supply electricity to Israel, and Israel in turn will build a desalination plant to provide water to Jordan.

Behind the scenes: Senior Saudi officials called their Emirati counterparts to protest and push them to back off the deal. They even proposed an alternative Saudi-UAE-Jordan deal that would sideline Israel, a source briefed on the conversations tells me.