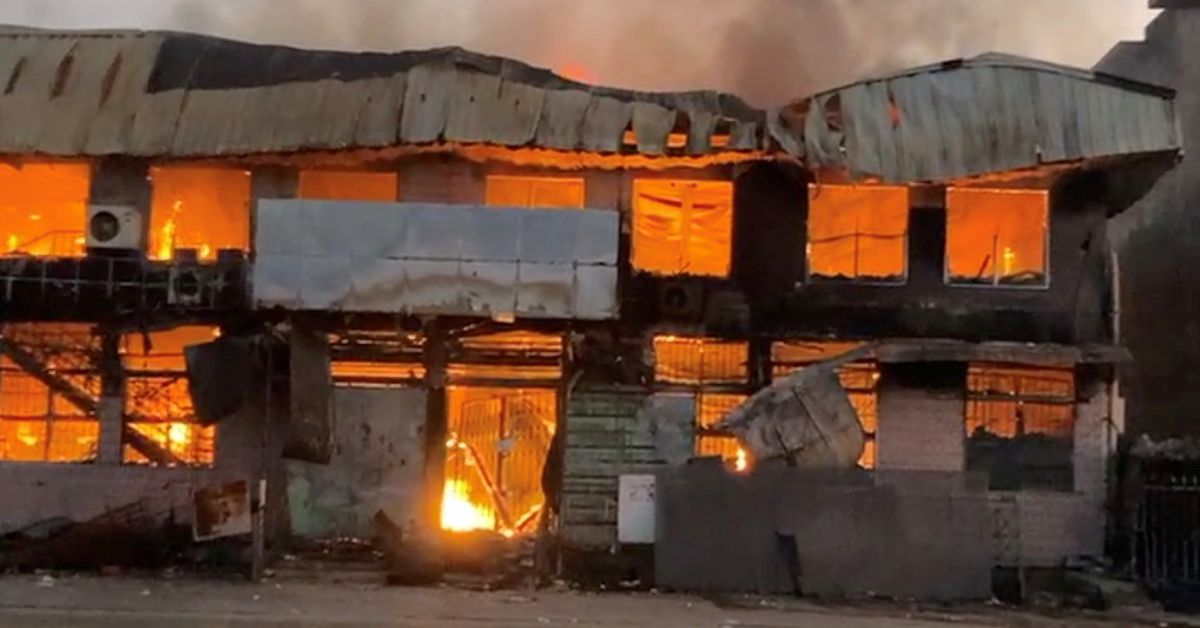 SYDNEY, Nov 24 (Reuters) – Solomon Islands police fired tear gas in the capital Honiara on Wednesday as crowds of protesters set fire to buildings, including a police station, and looted shops in an eruption of anger at the government, Radio New Zealand reported.

The protest was led by people from the Pacific nation’s largest island, Malaita Province, around 120km (75 miles) from the capital. They were demanding Prime Minister Manasseh Sogavare step down over failure to deliver promised infrastructure among other complaints, RNZ said.

The protest began peacefully, but most schools and businesses in Honiara were closed by the afternoon as crowds tried to enter parliament while it was sitting, the broadcaster’s Solomons correspondent, Georgina Kekea, reported.

“A lot of Honiara residents were caught by surprise with what has happened,” RNZ quoted Kekea as saying.

A hardware store is seen on fire, during protests against the government in Honiara, Solomon Islands, November 24, 2021, in this screen grab obtained by Reuters, from a social media video. Stewart K via REUTERS

“It has really disrupted operations … and now people are not feeling safe anymore. Everyone’s trying to run back to their homes now.”

Videos on social media showed police firing tear gas to disperse looters, and buildings on fire. In addition to the burnt out police station, black smoke was seen rising from the parliament grounds after a leaf hut was set on fire, RNZ reported.

As well as anger about lack of development, the Solomons government has faced pressure over a 2019 decision to cut ties with Taiwan and establish a formal relationship with China.

There was no mention of the protest on the Facebook pages of the Royal Solomon Islands Police Force or Prime Minister Sogavare’s press secretariat and they could not immediately be contacted for comment.

Reporting by Byron Kaye in Sydney; Editing by Lincoln Feast.