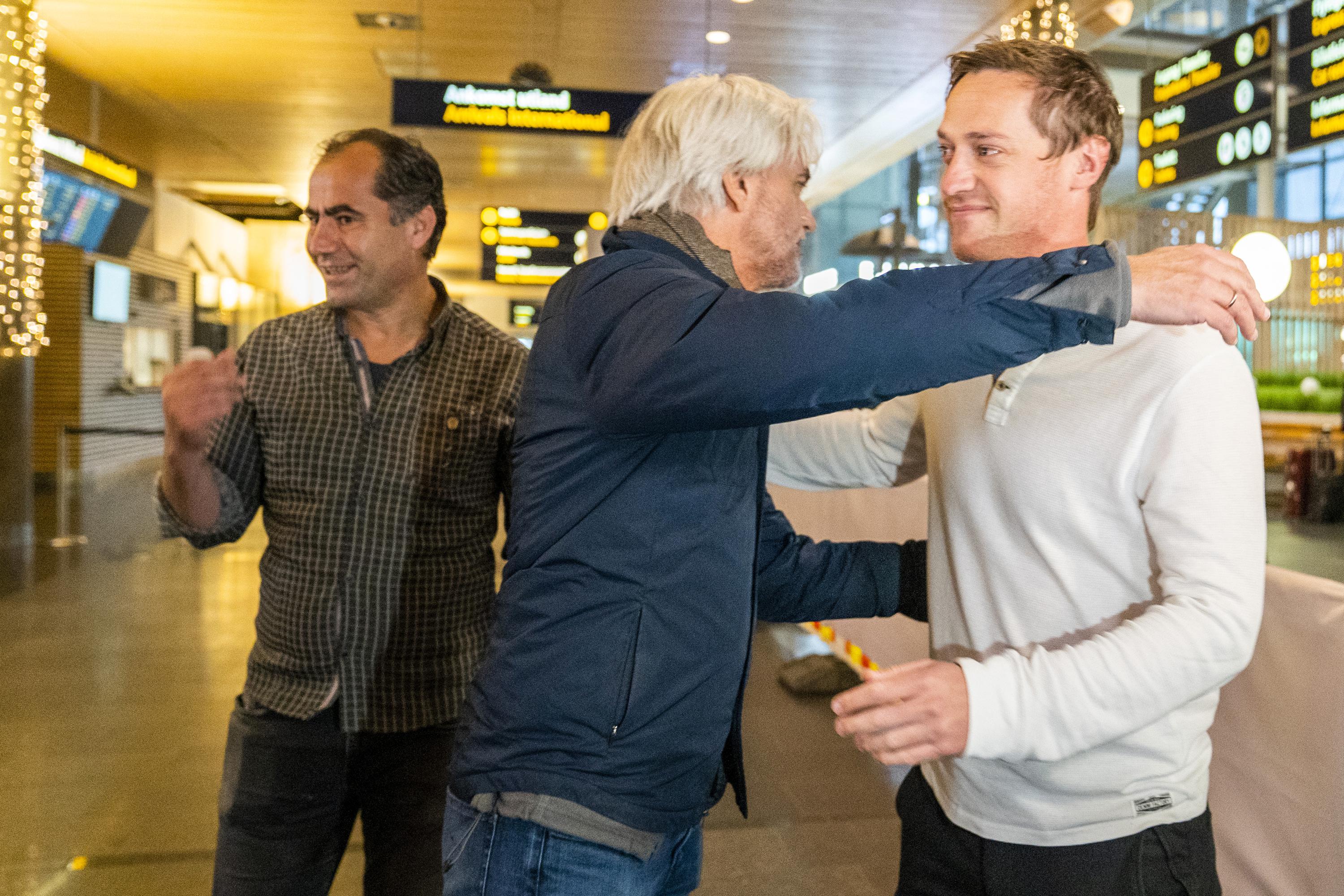 DUBAI, United Arab Emirates (AP) — Security forces in Qatar detained two journalists from Norwegian state television for over 30 hours and deleted footage they gathered at a migrant labor camp as they tried to report on worker issues ahead of the FIFA 2022 World Cup, authorities said Wednesday.

Qatar’s government accused NRK journalists Halvor Ekeland and Lokman Ghorbani of “trespassing on private property and filming without a permit” as the two returned Wednesday to Norway following their arrest. The journalists contended they had verbal permission from those they filmed there.

The arrests sparked a diplomatic dispute between Norway and Qatar. Norwegian news agency NTB reported that the Qatari ambassador to the country was summoned to Oslo’s foreign ministry over the matter.

“A free press is crucial in a functioning democracy,” Gahr Stoere wrote on Twitter. “This also shows the importance of this year’s awarding of the Nobel Peace Prize (to journalists). I am very happy that Halvor Ekeland and Lokman Ghorbani have now been released.”

Ekeland, a sports journalist, and Ghorbani, a photographer, had been in Qatar as the country marked one year to go before the World Cup.

“They had gotten all the permissions needed to conduct interviews,” NRK boss Thor Gjermund Eriksen told a news conference at its headquarters in Oslo.

Ekeland said they “didn’t have a written permission” to film on private property but those there OK’d it. He said security forces in civilian clothes later came to their hotel and asked them to come to a police station.

They “were concerned that we were not allowed to film. But we were invited there by the World Cup organization to film there and there were a bunch of other media organizations there as well,” Ekeland said.

The security forces had a “tone that was quite harsh and they wanted to intimidated us,” but he said ”there were never threats or violence.”

“We feel that we were treated well,” Ekeland said.

The journalists told NRK that they were not allowed to leave Qatar with their equipment. The Norwegian Union of Journalists and the country’s football federation both criticized the journalists’ arrest.

In a statement to NRK, Foreign Minister Anniken Huitfeldt said “they were arrested while performing their duties as journalists.”

“Freedom of expression is the mainstay of a functioning democracy, and also fundamental to be able to fulfill other human rights,” she said.

Qatar’s government said in a statement that the two had been arrested after receiving a complaint from an unidentified private property owner in the country’s Industrial Area, which is home to labor camps. It said that Ekeland had applied for a film permit, but authorities hadn’t granted it before he went to the site.

Qatar, like other Gulf Arab states where speech is strictly governed, requires journalists to have permissions to operate and to film.

“As in almost every country, trespassing is against Qatari law, which the crew members were fully aware of before entering the property,” the government said. It acknowledged that “the footage they captured while trespassing was deleted by the authorities in accordance with Qatari law.”

Asked about the Qatar government’s comments about the journalists, NRK said in a statement to The Associated Press that it disagreed and described its journalists as behaving “in line with the principles and ethics of journalism.”

“Even if the Qatari authorities believe the journalists broke any rules, the treatment they were given is not acceptable,” NRK said. “The detention of the journalists and the confiscation of all their equipment are in any case completely out of proportion. It threatens free and independent journalism and creates a serious chilling effect for all journalists visiting Qatar.”

Qatar, which sticks out like a thumb into the Persian Gulf, is home to the forward headquarters of the U.S. military’s Central Command. It has faced increased scrutiny over the treatment of migrant labor in the country since winning the right to host the upcoming tournament.