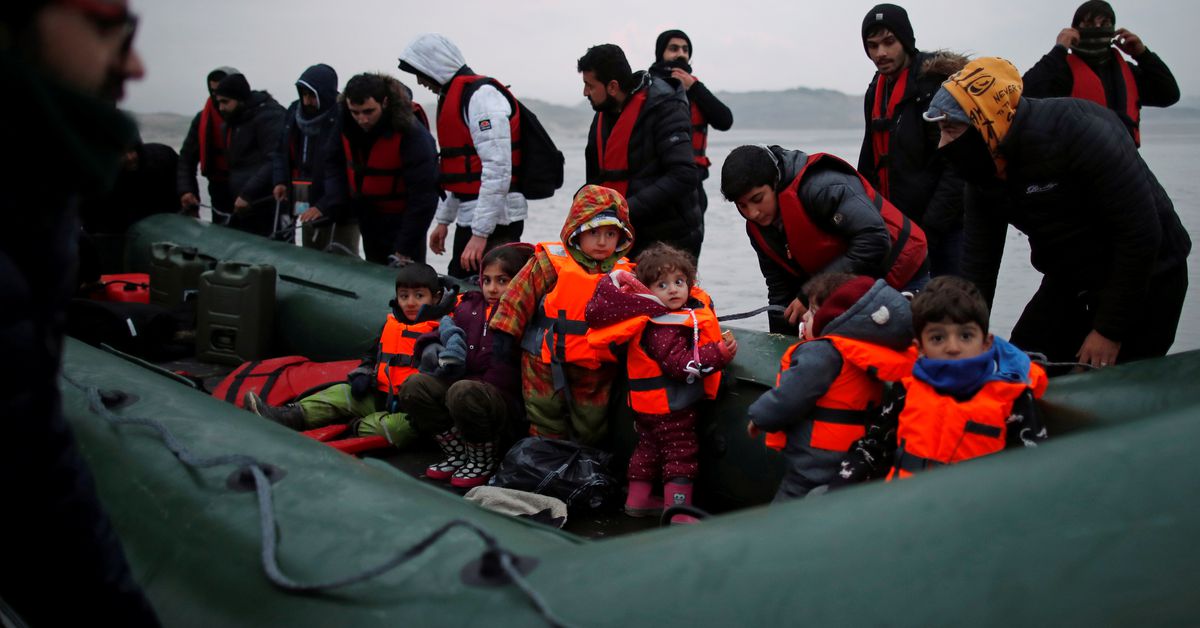 WIMEREUX, France, Nov 24 (Reuters) – Bundled from the cold in black woolly hats and puffy coats, some in red life jackets, the migrants hauled the rubber dinghy on their shoulders and heads under a steely November sky, over the dunes towards the beach.

France says it is working hard to stop illegal crossings of the English Channel, which separates continental Europe from Britain, but there was no stopping the group of more than 40, including six children, who cast off from near Wimereux in northern France at daybreak on Wednesday.

Ahead lay frigid waters and some of the world’s busiest shipping lanes. Twenty seven people drowned off the coast of northern France when their dinghy capsized in the worst disaster on record involving migrants in the Channel on Wednesday. But later in the day, Reuters witnessed the group that cast off near Wimereux being helped ashore in southern England by rescuers. read more

The group launched their bid for Britain shortly after dawn. About 15 men carried the dinghy, walking towards the sea. Families trailed after with their children. Behind them men lugged an outboard motor.

One man held a young boy by the hand. Two others carried smaller children on their shoulders, while women carried belongings.

A group of more than 40 migrants with children get on an inflatable dinghy, as they leave the coast of northern France to cross the English Channel, near Wimereux, France, November 24, 2021. REUTERS/Gonzalo Fuentes

A French police truck headed towards the group, flashed its lights and circled the migrants in an apparent attempt to block their path to the sea.

A woman carrying a small child stepped in front of the vehicle and let out a wail. The police vehicle stopped. Soon after, it left to patrol another part of the beach.

With the police gone, the migrants scrambled over the sand to the shore, loaded the children onto the dinghy and pushed it out to sea. As a woman waded into the bitingly cold water, she confirmed where they were headed: “Go UK,” she shouted back to Reuters, before swinging a plastic bag containing belongings onto her head to keep it dry.

Waist-high in the surf, more people pulled themselves onto the dinghy, helped by those already on board. At last, the tiny boat was packed. Some of the migrants waved as they left the shoreline.

Hours later, they landed near Dungeness, guided by a rescue boat.

A Border Force official helped one young child wearing a distinctive tartan-patterned coat seen earlier in France. The child sucked on a sweet as he walked slowly up the beach.