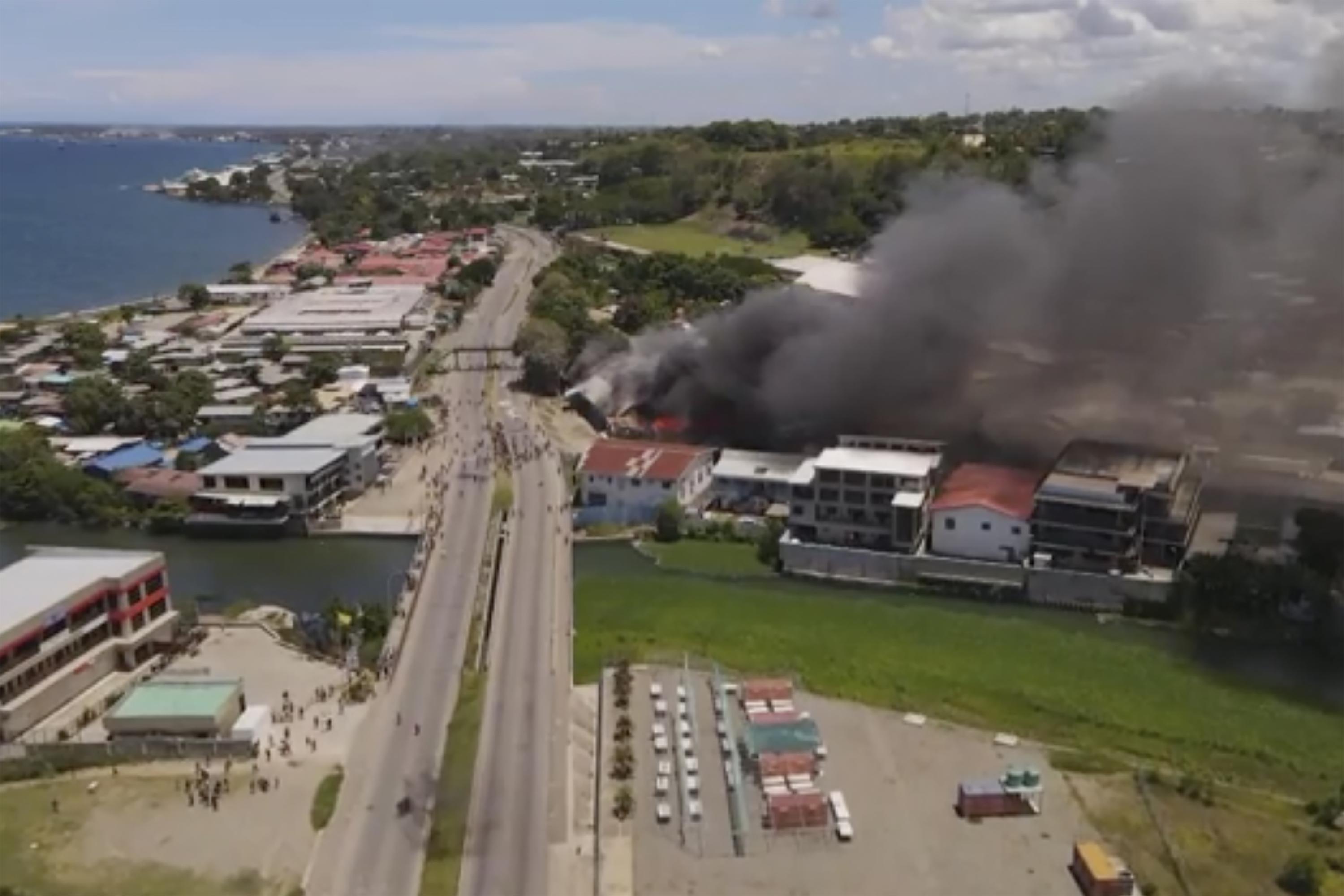 CANBERRA, Australia (AP) — Australia announced Thursday it was sending police, troops and diplomats to the Solomon Islands to help after anti-government demonstrators defied lockdown orders and took to the streets for a second day in violent protests.

Prime Minister Scott Morrison said the deployment would include a detachment of 23 federal police officers and up to 50 more to provide security at critical infrastructure sites, as well as 43 defense force personnel, a patrol boat and at least five diplomats.

The first personnel were to arrive Thursday night with more going on Friday, and the deployment was expected to last for a few weeks, Morrison said.

“Our purpose here is to provide stability and security,” he said.

Solomon Islands Prime Minister Manasseh Sogavare declared a lockdown Wednesday after about 1,000 people gathered in protest in the capital, Honiara, demanding his resignation over a host of domestic issues.

The protesters breached the National Parliament building and burned the thatched roof of a nearby building, the government said. They also set fire to a police station and other buildings.

“They were intent on destroying our nation and … the trust that was slowly building among our people,” the government said in a statement.

Morrison said Sogavare requested assistance from Australia amid the violence under a bilateral security treaty.

“It is not the Australian government’s intention in any way to intervene in the internal affairs of the Solomon Islands. That is for them to resolve,” he said.

“Our presence there does not indicate any position on the internal issues of the Solomon Islands,” Morrison added.

Australia led an international police and military force called the Regional Assistance Mission to Solomon Islands that restored peace in the country after bloody ethnic violence from 2003 until 2017.

Sogavare ordered the capital locked down from 7 p.m. Wednesday through 7 p.m. Friday after saying he had “witnessed another sad and unfortunate event aimed at bringing a democratically elected government down.”

“I had honestly thought that we had gone past the darkest days in the history of our country,” he said. “However, today’s events are a painful reminder that we have a long way to go.”

Despite an announcement from the Solomon Islands police force that they would be conducting increased patrols through Honiara amid the lockdown, protesters again took to the streets Thursday.

Local journalist Gina Kekea posted photos on Twitter of a bank, shops and a school in flames.

Morrison said he decided to send help after it became clear that police in the Solomons were “stretched.”

Sogavare angered many in 2019, particularly leaders of the Solomon Islands’ most populous province, Malaita, when he cut the country’s diplomatic ties with Taiwan, switching its diplomatic allegiance to China instead.

Local media reported that many of the protesters were from Malaita, whose premier, Daniel Suidani, has been at odds with Sogavare, whom he accuses of being too close to Beijing.

Suidani said he was not responsible for the violence in Honiara, but told the Solomon Star News that he agreed with the calls for Sogavare to resign.

“Over the last 20 years Mannaseh Sogavare has been in power, the plight of Solomon Islanders has worsened whilst at the same time foreigners have reaped the best of the country’s resources,” Suidani was quoted as saying. “People are not blind to this and do not want to be cheated anymore.”