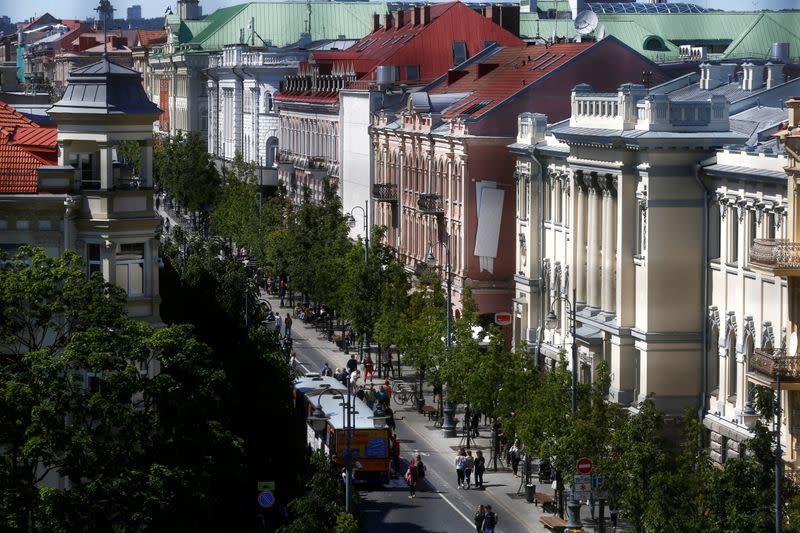 BEIJING (Reuters) – China’s embassy in Lithuania has temporarily suspended consular services until further notice for “technical reasons”, said a statement on the mission’s website on Thursday that was taken down shortly after publication.

The suspension came after China on Sunday downgraded its diplomatic ties with the Baltic State, expressing strong dissatisfaction at the opening of a de facto Lithuanian embassy in Taiwan.

The Chinese embassy’s statement was published at 1336 GMT, a timestamp on its website showed, but had disappeared as of 1400 GMT.

China views self-ruled Taiwan as its territory with no right to the trappings of a state, and has stepped up pressure on countries to scale back or sever their relations with the island, even non-official ones.

Lithuania has formal relations with China and not Taiwan but had angered Beijing earlier this year when it allowed the island to open an office in the country using the name Taiwan. China recalled its ambassador in August.

Asked about the downgrading of Beijing’s ties with Vilnius, Chinese commerce ministry spokeswoman Shu Jueting on Thursday said Lithuania’s move had severely affected the confidence of companies in two countries and the EU member state must bear all the consequences.

China urges the Lithuanian side to immediately correct its wrong decision and fulfil its commitment to the “One China” principle, Shu added, referring to a core Chinese government policy that states Taiwan is part of China.