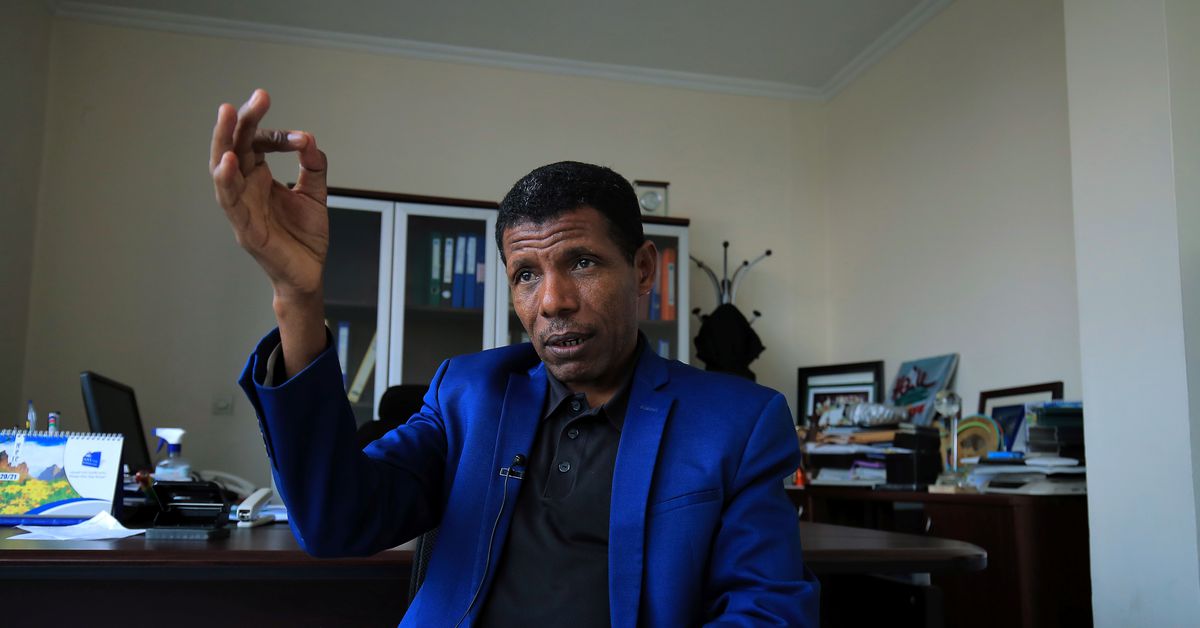 ADDIS ABABA, Nov 24 (Reuters) – Ethiopian Olympic gold medallist and national hero Haile Gebrselassie pledged on Wednesday to join the fight against rebellious forces in his country, after the prime minister said he had gone to direct the war from the front lines.

The 48-year-old retired champion, who set 27 long distance running records, told Reuters that he felt compelled to join up because Ethiopia’s existence was under threat.

Haile, his lithe, athletic frame dressed in business attire, said he believed sport was about “peace and love”. But he defended his decision to join the fight against rebellious Tigrayan forces and their allies, who last month threatened to march on the capital Addis Ababa.

“What would you do when the existence of a country is at stake? You just put down everything. Alas, nothing will bind you. I am sorry!”

The year-long conflict has killed thousands of people, forced more than 2 million more from their homes and left 400,000 people in Tigray facing famine. It escalated sharply after the threat by rebellious forces to march on the capital, leading to international efforts to broke a ceasefire.

On Wednesday, state-affiliated media reported that Prime Minister Abiy Ahmed had gone to direct the war from the front lines. read more

Haile cast the conflict as a battle in which the threat to Ethiopia was a threat to all of Africa.

“Ethiopia is a country that contributed a lot to Africa and the entire continent,” he said. “Yes, it is an exemplary country. Kneeling Ethiopia is indirectly kneeling the rest. This is impossible.”

In an interview in his office in the capital, where he runs more than a dozen companies engaged in hospitality, real estate, agriculture and education, Haile spoke of the role he was willing to play in the war.