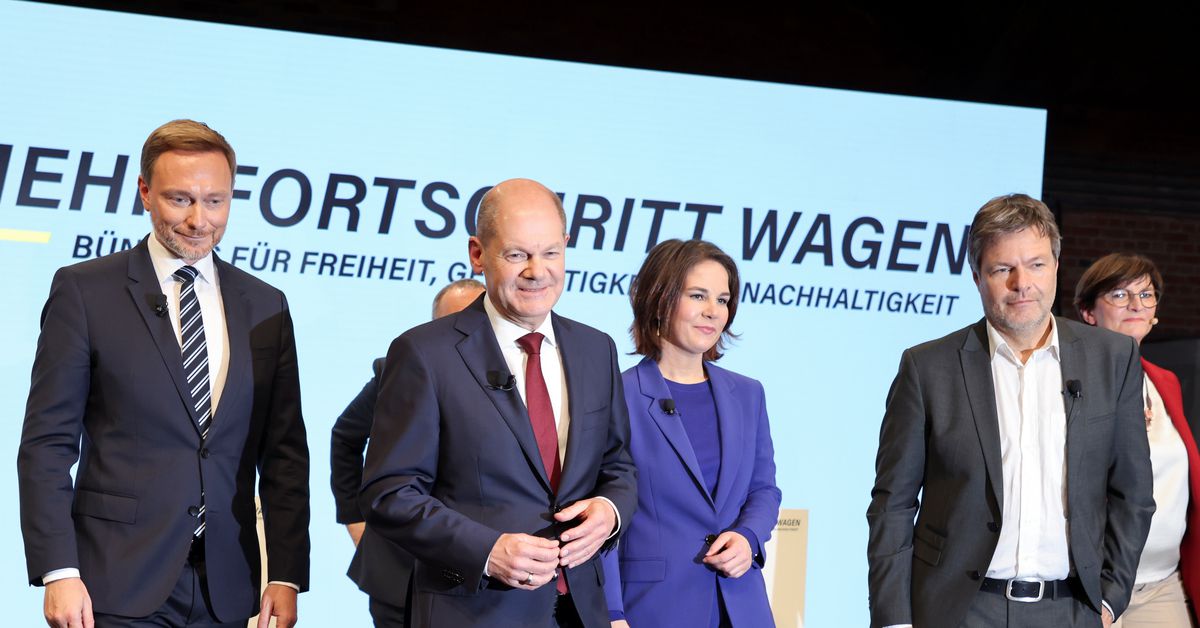 BERLIN, Nov 24 (Reuters) – Voting at 16, a dramatic liberalisation of citizenship law and self-identification for transgender people are among the sweeping cultural reforms Germany’s new coalition parties promise in a programme they unveiled on Wednesday.

Under outgoing Chancellor Merkel, Germany’s booming economy and political stability made it a major immigration destination, not least when she opened the doors in 2015 to more than a million refugees.

But Germany’s citizenship law, still partly rooted in 19th century ideas of descent by blood, failed to keep pace, forcing most would-be Germans to renounce their birth citizenship after waiting almost a decade for the privilege.

In future, immigrants will be eligible after at most five, and sometimes as little as three years, and dual nationality will be allowed, according to the parties’ plan, conceived in part to help feed the economy’s insatiable hunger for skilled labour.

That will transform prospects for many of the three million people of Turkish descent in Germany, many of whom remain foreigners in Germany despite being part of a diaspora that arrived to fill labour shortages 60 years ago.

The parties, more deeply rooted in Germany’s cosmopolitan cities than the conservative-led coalition they replace, are also seeking a constitutional amendment that will let 16-year-olds vote – a move designed to ensure the young continue to have a voice in one of the world’s most aged countries.

The parties also aim to give transgender people the right to declare their own gender.