RABAT, Morocco — Israel hopes that its renewed ties with Morocco will develop into a deep relationship based not only on short-term arms sales and a shared enemy but something more robust, with longer staying power.

Speaking to reporters at the end of his two-day visit to Rabat, where he signed an extensive memorandum of understanding with the North African kingdom, Defense Minister Benny Gantz noted that his trip was not only an official state visit, but was entirely open, receiving ample coverage in local media.

“I suggest we not be cynical about this. I think having an open, official visit by a defense minister, including exposure in the press, with public events — this is something that is unprecedented and highly significant for the security of Israel and for its foreign relations,” Gantz said.

Earlier in the day, Gantz visited the Talmud Torah synagogue in Rabat, along with Shas MK Ya’akov Margi, and met the heads of the local Jewish community.

“It was moving for me to visit a synagogue belonging to the Jewish community in Rabat, to hear MK Margi, who was born here, speak. The Moroccan community is connected to the State of Israel, and its culture is an important culture in our short history,” he said.

During his trip, the first official visit by an Israeli defense minister to Rabat, Gantz met with his Moroccan counterpart, Abdellatif Loudiyi; Moroccan Foreign Minister Nasser Bourita; the head of the armed forces, Belkhir El Farouk; and the head of Morocco’s intelligence service, Abdellatif Hammouchi. 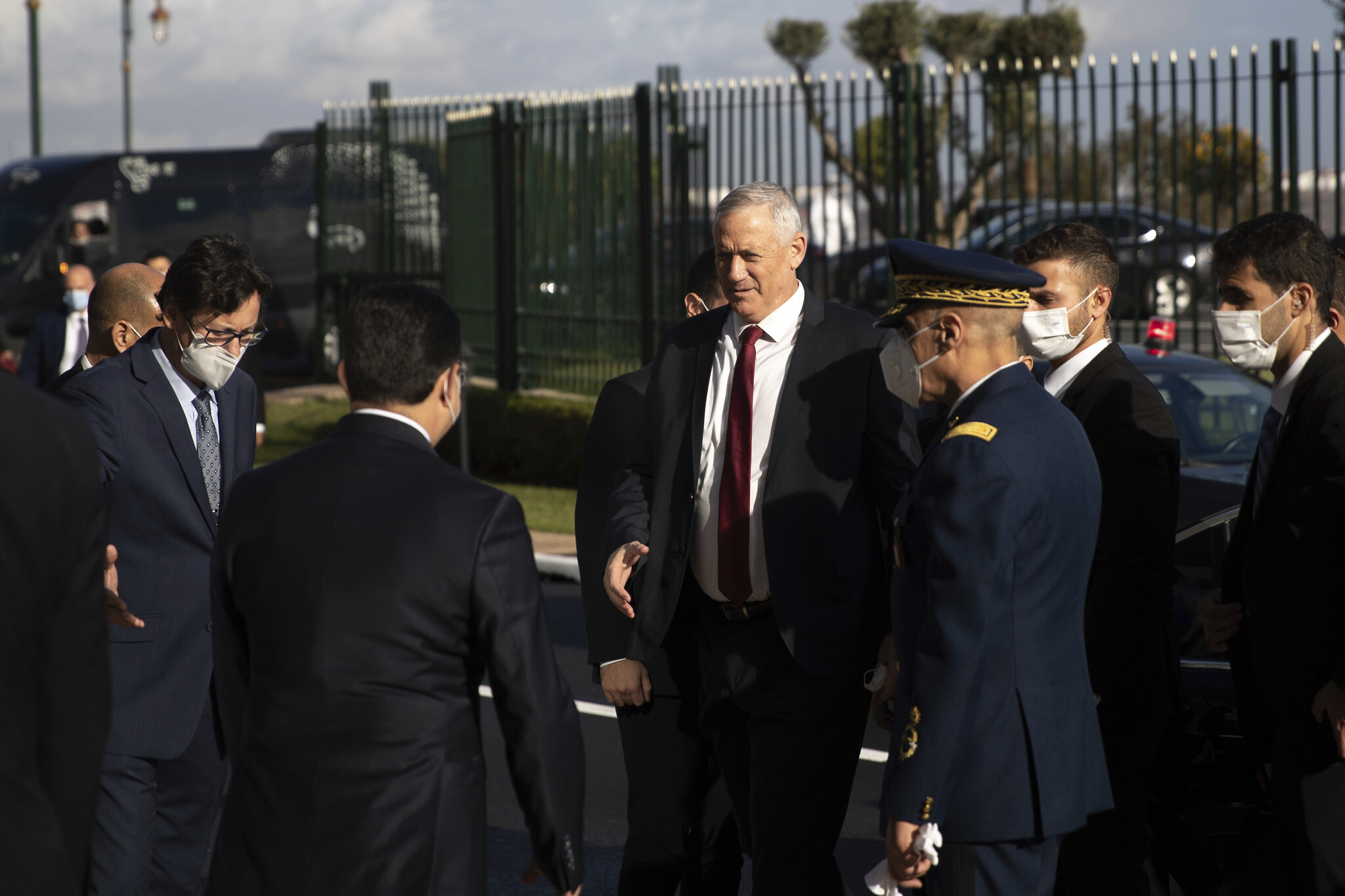 “The agreement that we signed has created a work plan. A steering committee will be set up — led by the Defense Ministry, with the Israel Defense Forces and other organizations participating — that will operate throughout the year in order to advance our shared interests. There will soon be military delegations that will come [to Morocco], and I expect joint exercises,” a senior Israeli defense official, speaking on condition of anonymity, said.

According to Gantz’s office, the MOU and the renewed ties are also expected to allow major arms deals worth hundreds of millions of dollars in the coming years, though defense officials stress that this is not Israel’s primary focus.

The senior defense official denied reports in Israeli media that the two countries had already signed such arms sales. While Morocco has expressed interest in a number of Israeli systems — notably the Barak 8 missile defense system, drones from the Israeli Aerospace Industry, Elbit radar systems and more — those deals are only in their early stages and have not received the requisite authorizations. 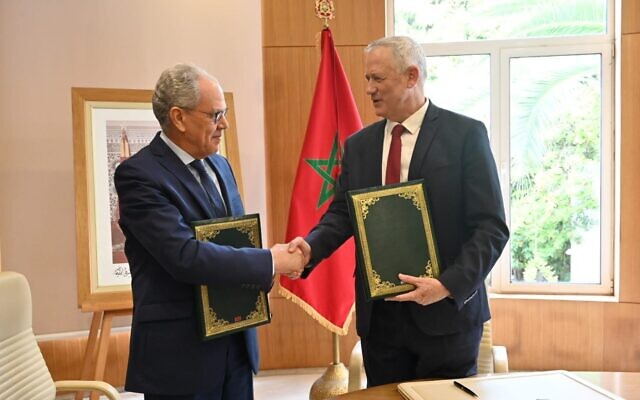 Defense Minister Benny Gantz, right, shakes hands with his Moroccan counterpart Abdellatif Loudiyi, after signing a memorandum of understanding between the two countries at the Moroccan Defense Ministry in Rabat on November 24, 2021. (Defense Ministry)

“There will be projects and sales to come, but the defense minister did not approve and did not sign any deal during his stay. All of the big sales that have been discussed need to go through an approval and signing process. But I am optimistic that there will be. The Moroccans have many challenges in defending their borders, against missiles and in the area of drones, and we want to help them fight terror,” the official said.

Morocco is primarily focused on its ongoing feud with its neighbor Algeria, which supports a separatist group in Morocco, the Polisario Front, that calls for an independent state in the Western Sahara, which Rabat claims as its own.

Asked about the sale of the Israeli firm NSO Group’s powerful hacking software Pegasus to Morocco, reportedly used by the kingdom against French President Emanuel Macron, and the reported decision to remove Morocco from the list of countries that could receive Israeli cyber products, the official said the specific topic did not come up during Gantz’s meetings.

“The State of Israel exports cyber products only to approved countries and for legal uses and this will remain in place going forward, as it relates to Morocco and to other countries. During the visit, no concrete cyber deals came up,” the official said.

Sorgente articolo:
Israel looking to deepen ties with Morocco, with plans for arms sales, joint drills – The Times of Israel