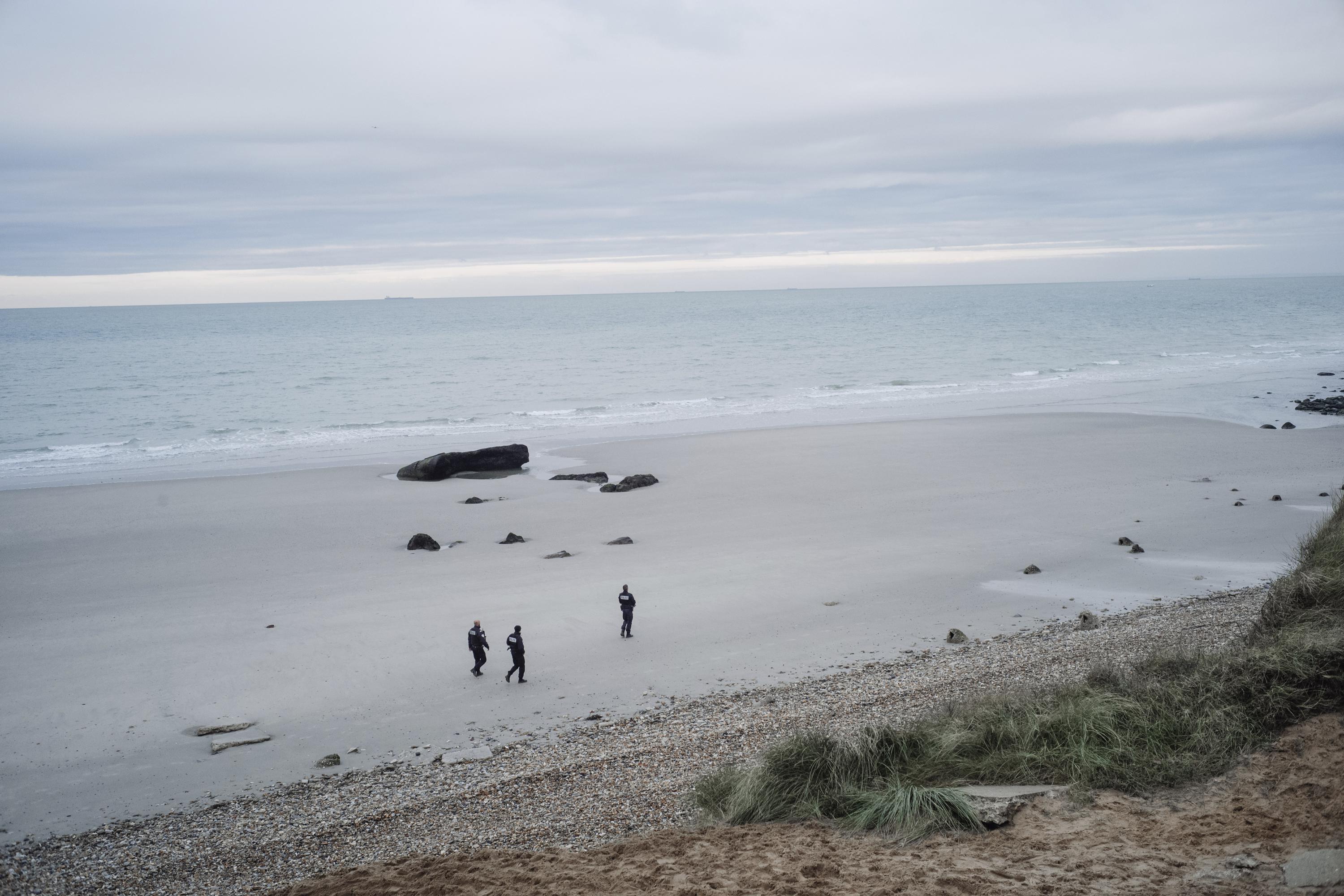 CALAIS, France (AP) — At least 31 migrants bound for Britain died Wednesday when their boat sank in the English Channel, in what France’s interior minister called the biggest migration tragedy on the dangerous crossing to date.

Interior Minister Gerald Darmanin said 34 people were believed to have been on the boat. Authorities found 31 bodies — including those of five women and a young girl — and two survivors, he said. One person appeared to still be missing. The nationalities of the travelers was not immediately known.

Ever-increasing numbers of people fleeing conflict or poverty in Afghanistan, Sudan, Iraq, Eritrea or elsewhere are risking the perilous journey in small, unseaworthy craft from France, hoping to win asylum or find better opportunities in Britain. The crossings have tripled this year compared to 2020, and another 106 migrants were rescued in French waters on Wednesday alone.

A joint French-British search operation for survivors of the sinking was called off late Wednesday. Both countries cooperate to stem migration across the Channel but also accuse each other of not doing enough — and the issue is often used by politicians on both sides pushing an anti-migration agenda.

Four suspected traffickers were arrested Wednesday on suspicion of being linked to the sunken boat, Darmanin told reporters in the French port city of Calais. He said two of the suspects later appeared in court.

The regional prosecutor opened an investigation into aggravated manslaughter, organized illegal migration and other charges after the sinking. Lille Prosecutor Carole Etienne told The Associated Press that officials were still working to identify the victims and determine their ages and nationalities, and that the investigation may involve multiple countries.

“It’s a day of great mourning for France, for Europe, for humanity to see these people die at sea,” Darmanin said. He lashed out at “criminal traffickers” driving thousands to risk the crossing.

Activists demonstrated outside the port of Calais on Wednesday night, accusing governments of not doing enough to respond to migrants’ needs. Hundreds of people live in precarious conditions along the French coast, despite regular police patrols and evacuation operations.

The bodies were brought to the Calais port, Jean-Marc Puissesseau, head of the ports of Calais and Boulogne, told The AP. “We were waiting for something like this to happen,” he said, given the growing numbers of people risking the passage.

Aid groups blamed European governments for increasingly hard-line migration policies. “The U.K. is not a choice, it is an escape, an escape for people fleeing the lack of welcome in Europe,” said Nikolai Posner of French charity Utopia 56.

Darmanin called for coordination with the U.K., saying “the response must also come from Great Britain.”

British Prime Minister Boris Johnson and French President Emmanuel Macron spoke after Wednesday’s tragedy and agreed “that it is vital to keep all options on the table to stop these lethal crossings and break the business model of the criminal gangs behind them,” Johnson’s office said.

Downing Street said the two leaders “underlined the importance of close working with neighbors in Belgium and the Netherlands as well as partners across the continent if we are to tackle the problem effectively before people reach the French coast.”

Johnson convened a meeting of the government’s crisis committee, and said he was “shocked, appalled and deeply saddened.”

He urged France to step up efforts to stem the flow of migrants, and said Wednesday’s incident highlighted how efforts by French authorities to patrol their beaches “haven’t been enough.”

“We’ve had difficulties persuading some of our partners, particularly the French, to do things in a way that we think the situation deserves,” he told reporters.

Darmanin insisted that France has worked hard to prevent crossings, rescuing 7,800 people since January and stopping 671 who were trying to cross on Wednesday alone.

A French naval boat spotted several bodies in the water around 2 p.m. and rescue boats retrieved several dead and injured from the surrounding waters, a maritime authority spokesperson said. French patrol boats, a French helicopter and a British helicopter searched the area.

More than 25,700 people undertook such dangerous boat journeys so far this year — three times the total for the whole of 2020. With changeable weather, cold seas and heavy maritime traffic, the crossing is dangerous for the inflatables and other small boats that men, women and children squeeze into.

Migrants from around the world have long used northern France as a launching point to reach Britain by stowing away in trucks or using dinghies and other small boats organized by smugglers. Many want to reach the U.K. in search of economic opportunity or because of family and community ties, or because their efforts to win asylum in the EU failed. French authorities say another big draw is lax British rules toward migrants without residency papers.

The overall number of people applying for asylum in Britain is down slightly on last year, and Britain receives much fewer asylum seekers than comparable European countries like Germany or France.

The UN refugee agency, UNHCR, says an estimated 1,600 people have died or disappeared in the Mediterranean Sea this year while trying to reach Europe from North Africa or Turkey. Hundreds more have perished in the Atlantic Ocean off West Africa on a migrant route to Spain’s Canary Islands.

“How many more times must we see people lose their life trying to reach safety in the UK because of the woeful lack of safe means to do so?” said Tom Davies, Amnesty International U.K.’s refugee and migrant rights campaign manager.

“We desperately need a new approach to asylum, including genuine Anglo-French efforts to devise safe asylum routes to avoid such tragedies happening again,” he added.

Hui reported from London. Angela Charlton in Paris, Jill Lawless and Pan Pylas in London contributed to this report.