“The Iranian issue was privatized to one person,” argued Amos Yadlin, speaking at a panel at Reichman University’s Institute for Policy and Strategy conference in Herzliya. “The strategic discussions did not take place.”

He also said that the JCPOA deal of 2015 between Iran and six other countries including the United States kept the Islamic Republic from making meaningful progress in its nuclear program: “The mistake is not in 2015, but in 2018 when they leave the deal in its good years.”

Yadlin served as head of the IDF Military Intelligence Unit and was military attaché to Washington. He was the center-left’s Zionist Union’s candidate for defense minister ahead of the 2015 election.

“The Iranians are returning to the negotiations and are returning strengthened against an adversary that is determined to return to the 2015 agreement,” he said.

Yadlin predicted that next week’s talks in Vienna will not bring about a return by the US and Iran to the terms of the 2015 Joint Comprehensive Plan of Action. Instead, he said, Iran will remain as close as possible to nuclear weapons capability.

Former US president Donald Trump pulled out of the JCPOA in 2018, reapplying stiff sanctions on Iran, which has violated some of its own commitments to the pact and significantly increased its uranium enrichment, raising concerns it is becoming a nuclear weapons threshold state. 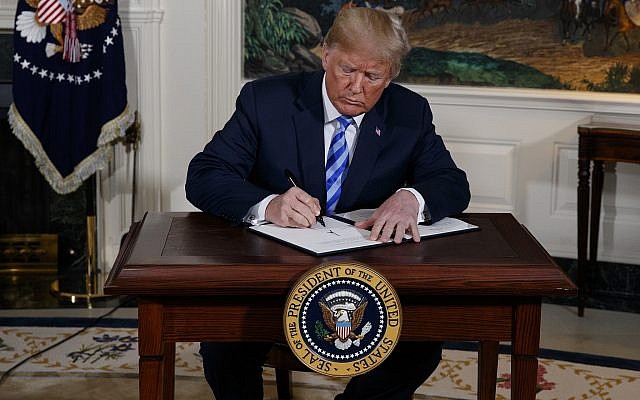 US President Donald Trump signs a Presidential Memorandum withdrawing from the Iran nuclear deal from the Diplomatic Reception Room of the White House, on May 8, 2018. (AP Photo/Evan Vucci)

The administration of US President Joe Biden has advocated a return to diplomacy to save the agreement.

On the same panel, past Mossad chief Tamir Pardo also said that the 2018 withdrawal from the agreement was a “disaster.”

“The US is stuttering today,” Pardo continued, noting aggressive moves by China and Russia against their neighbors, “and Iran sees this in the context of Taiwan and Belarus. The Iranians see this and are rubbing their hands together.”

Pardo also warned that a military strike on Iran’s nuclear program would be far more complicated than the IAF’s successful attacks on Iraq’s and Syria’s reactors.  “If it is not possible to close this business like we did in Operation Opera [against Iraq’s nuclear program in 1981], then we’d better think twice,” he said.

Amidror argued that Israel must make preparations to strike Iran on its own. “The Americans won’t lift a finger, and they won’t invest effort in Iran.” 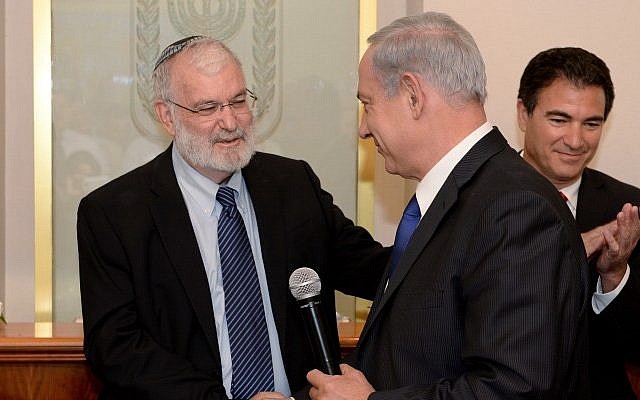 On Saturday, US Defense Secretary Lloyd Austin warned that Washington was capable of deploying “overwhelming force,” and that all options would be open if diplomacy fails to halt Iran’s nuclear program.

Amidror said that the 2018 withdrawal wasn’t a mistake per se, but the lack of an alternative approach was.

“The withdrawal was correct, smart, and appropriate,” he said.

On Monday, Iran said it hoped a visit by the chief of the UN’s atomic watchdog would be “constructive,” just days ahead of the resumption of talks seeking to revive the 2015 deal.

On Friday, the IAEA said Tehran had again increased its stockpile of highly enriched uranium, many times in excess of the limit laid down in the 2015 agreement.

Sorgente articolo:
There was no strategic debate on Iran under Netanyahu, ex-IDF intel chief charges – The Times of Israel