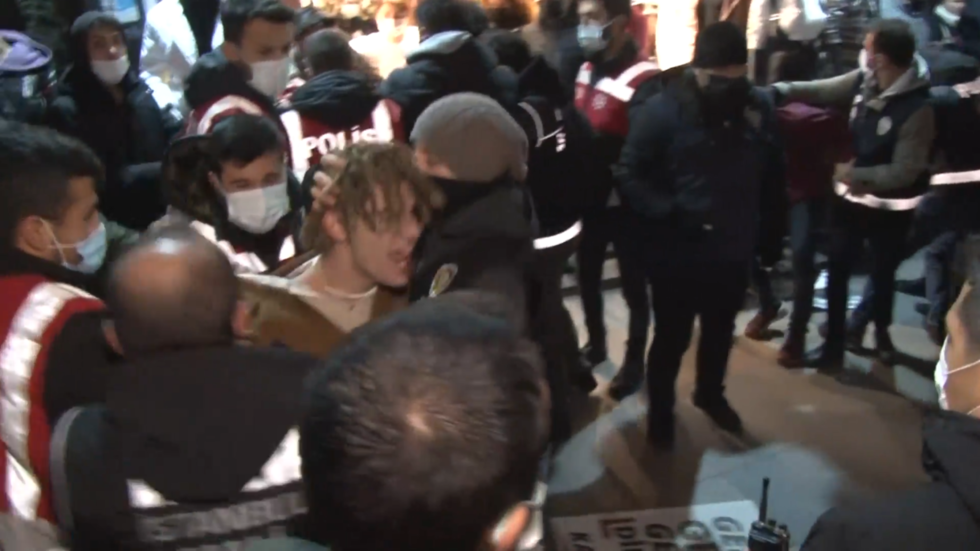 Scenes of police in full riot gear attempting to suppress protests have been coming in from Istanbul, as more people have taken to the streets across Turkey, upset over the record fall of the lira.

Officers wearing helmets and carrying shields are seen cordoning off streets in Istanbul, while police in lighter gear infiltrated the crowds and forcefully dragged away some protesters, in footage from RT’s Ruptly video agency.

There was a massive police presence as people flooded the streets of the Turkish city on Wednesday, decrying the government’s handling of the financial crisis. While many took part in the protests, thousands of others lined up at gas stations due to the rapidly rising fuel prices. Many more bought US dollars in panic. Others invested money in electronic products, while some companies halted sales in the country amid skyrocketing inflation.

The turmoil comes as a result of the drop in the Turkish lira to record lows, losing as much as 45% of its value this year – around half of which occurred this week. On Tuesday alone, it lost 15% on the US dollar, but recovered as much as 7% on Wednesday. President Recep Tayyip Erdogan defended the rate cuts – part of his government’s “economic war of independence.”